LGBT Confusion still persists! He lived as a woman, then found happiness & truth in Jesus Christ 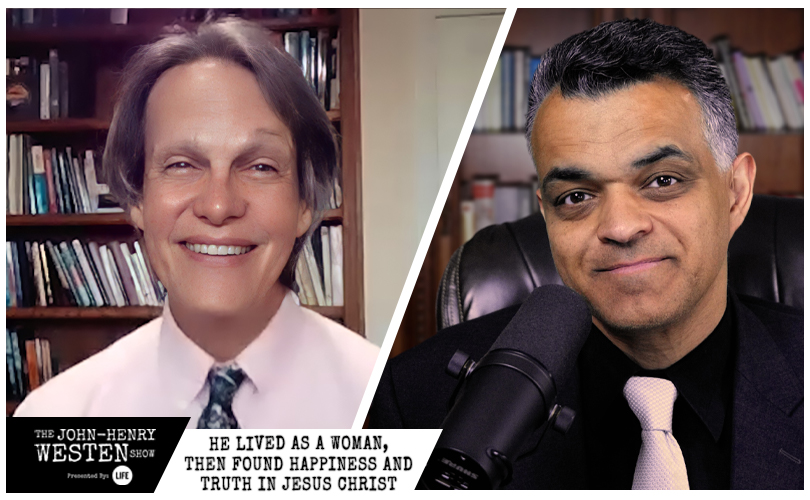 Cover photo: Billy Burleigh lived as a woman, then found truth and happiness in Jesus Christ.

It is reported that homosexuality lasts only for a time when one is sexually active. It could be otherwise also. So this is published as an instance where Billy Burleigh  has found out, it is not the right thing for him and so he come back to his proper natural male self.james kottoor,editor ccv.

June 9, 2021 (LifeSiteNews) ‒ Several weeks ago, Billy Burleigh, a de-transitioned male, appeared on Tucker Carlson Tonight and exposed the reality of so-called sex change therapy, after he himself underwent the experience. I had a chance to speak with him recently to explain his powerful and important story and how he found fulfillment, joy, and happiness in life.

Burleigh tells me that he began to have doubts about his sexuality when he was in the first grade. As he grew older, after experiencing sexual abuse, he began to have mental and learning difficulties that made him not “fit in with the boys.” He says that as soon as he became an adult he began to seek therapy and dig deeper into transgenderism as he came to believe God had made a mistake in creating him a male.

After reading various books, Burleigh states that he discovered that “the way that I had to deal with my problems was to change my body to match my mind.” He describes the experiences of multiple surgeries, which he thought would bring him on the “road to happiness,” as being “awful.”

Burleigh eventually turned to God to find joy in the midst of despair. He says that he joined study groups on spiritual warfare and faith, and truly began to understand that Jesus is the way to real happiness. He then decided to transition back to male. Today, he is married with two daughters, and is in a “wonderful, loving relationship.”

Burleigh says that the battle against the LGBT agenda is "intense"  He tells parents who have a child suffering with gender dysphoria to “love your child … (and) look for marked differences within your child's behavior” that could cause the confusion.

Above all, Burleigh points out that “the power of prayer is so significant.” He encourages people, especially gender-confused individuals, to pray, ask for guidance, and to always progress toward the truth.