“What the Dickens are Traditions?” 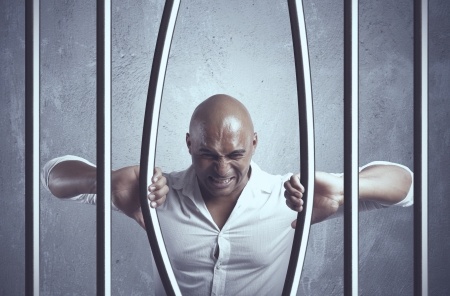 What the Dickens are traditions?

This is with reference to Mr.Joseph Mani’s excellent exposition on tradition.

Webster’s Encyclopaedic Unabridged Dictionary of the English Language defines “tradition” as the handing down of statements, beliefs, legends, customs, etc., from generation to generation by word of mouth or by practice.

Traditions are not static, they constantly evolve with time. New generations bring new ideas and new ways for doing things: but rarely discerned as positive change within. Some organisations and individuals lament about “loosing traditions”. But the abandoning of certain fossilised traditions may usher in progress. People generally are unaware of how culture impacts change.

Most people dread changes. Changes are the way nature functions. Holding on to traditions retards progress. Some traditions may not make sense any more. When traditions are oppressive, they hurt people rather than help them. Traditions have been  changing throughout human history. One need not hide behind traditions.

Traditions could be obstacles to progress. In today’s world traditions are no more “pious religious necessities”. Over a period of time religions have been mutilated into too many different paradigms of superficiality. In the process, the word “tradition”  seems to be devoid of content and meaning.

Progressive minds seek change. Traditions can be evil as well. Supporters of tradition tend to use it as an excuse for hatred and prejudice.

The otherwise, modern Pope Francis, seems to have a very heavy rock hanging from a thick and unbreakable rope tied tightly around his neck, making him unable  to raise his head to face the realities of the day. Or is he unable to dislodge the Old Man of the Sea sitting with his legs tenaciously and tightly held around the neck of the modern Sinbad the Sailor —the Pope —making him unable to dislodge the constrictive hold of the so called “Catholic traditions”.

The period of existence of the Constantine cobbled up Church is a meagre 16 centuries, with various schisms, convulsions and raptures bedevilling it throughout.

Modern humans have been living on planet Earth around 200,000 years. Hence the Church need not strut about as if it is a permanent fixture. Civilisations appear and disappear as a matter of course. That could be the fate of the Christian religion as well.

The people who loose in the bargain, by the oppressive  traditions of the Church, are its  ignorant and lumpen proletariat. The enlightened class dismiss  the diktats of the Church on matters moral and social with disdain?

Does anyone any more subscribe to the theory of Irish Bishop Ussher that “ Creation began on 23 October  4004 BCE, humans created on 28 October (Friday); God took rest with a deep sleep  on Saturday, 29 October; and when he woke up, created Eve from the rib of Adam; that the pair were expelled from the Garden of Eden on November 10, immediately after Adam had the carnal knowledge of Eve, which opened his eyes to the “Knowledge of the Joy of Sex”; that made the creator God, without a female partner, jealous of the pair having a jolly good time enjoying the bliss of sexual intercourse; the bitter God in his anger banished them from the Paradise? Does anyone today, with any sort of intelligence go along with this absurd “traditional” belief”?

By the way, if Adam had refrained from having the deadly repast of Eve’s succulent fruit — variously conjectured as fig or ripe pomegranate or juicy apple, he and Eve would have been wandering around stark naked (in the present context observing the Corona virus protocol of seven feet apart. After the deed, Adam and Eve  had only fig leaves to cover the source of the Original Sin, you may know what? Are we to revert to that “Age Old Tradition” of covering ourselves with FIG LEAVES, because of the yarn in the Bible, alleged to be the “Word of God”?

Are we to follow the “tradition” of our, supposed to be, thousands of years old ancestor Abraham, allowing the pharaoh to enjoy his wife Sarah saying that she was his sister? What a “tradition” worth emulating. But in the real world, one cannot be Abraham type?

Tell us Pope, is one still required to pay the “traditional fee” for forgoing the right of feudal lord to deflower the village maiden before her husband enjoying the sexual pleasure in the first night?

Will you good Pope, revive the tradition of disposing of those who do not toe the line of the Church as was done to Jan Hus by burning him alive at the stake for translating the Vulgate Bible into his native language; putting his unburned bones into fire again till they became ashes and scattering them to the winds that even his memory was sought to be disallowed to linger? Will you Pope, burn another human being, that too a monk, not adhering to the “traditional” belief of the Church, as late as 1600 CE? What was his crime,Holy Father: not recanting his firmly held  belief in the

Copernican proposition that the Earth is a mere planet revolving around a relatively minor star called Sun; demolishing the then prevalent belief that the Earth was the centre of the universe;  God occupying  the topmost part of the heavens, with the popes and other princes of the Church having their seats a level below, followed by kings and lords; the lesser riffraff humans demoted to the lowest bottom rung.

Will you merciful Pope revive the tradition of the “Witch Craft Trial” branding frail old women as “witches” riding the broom and heartlessly burning them alive?

Please remember Pope that Bruno was right in his belief that the universe is ‘infinite” and there is no “absolute truth” so wrongly posited by the Catholic Church. And the poor women were innocent, after all?

Dear Pope, if you care to revisit the annals of history, the traditional deity was the “child bearing female with voluptuous breasts” So also Mother Earth, both  creators of new life? Why don’t you revive this MOST FUNDAMENTAL TRADITION OF A “WOMAN GOD”.

Is not “Pista Sofia” or Goddess  of Wisdom, the female partner of the male Creator God constituting the Godhead. Why not substitute this theological concept and in the process throw away the “Three in One; One in Three, all Male Godhead” a ridiculous illogical idea; an aberration of common sense?

You are reluctant to ordain “women priests” as the other Christian denominations had done in the early last century in the Lambeth Conference. Is it not a travesty of justice? Is it because the Christian God will get infatuated by the very sight of the female body and elope with her? Or does the  Church still  want to cling to a “TRADITION” that beats all logic and fair play?  This “tradition” vehemently defended by you keep half of humanity “The Better Half” — the female sex — out of participation in the Church rituals, don’t you agree? Are you still afraid that menstrual blood will pollute the sanctum sanatorium, the “holy of holies ?  But Pope, please walk with the times.

Allowing the clergy to get married may stop “CHILD SEX ABUSE” of the priests and may also stop the reported rampant homosexuality in the dark corners of the Vatican!

You have made a solemn declaration that “Sex is no SIN”, that it is a precious gift of God!  Pope Francis, why not you open your eyes wide instead of closing them tight on the ordination of women? Please don’t go on pretending that everything is fine with the Church and the Catholic world.

If you don’t move with the times, you a progressive  Pope, otherwise, the Catholic religion may well become, in the near future, “dinosaurs of yore,” unmourned and in- lamented.” At any rate Malachi, says you are likely to be the “Last Pope”, so break a new ground?

If you like to have another take on tradition: our hunter-gatherer ancestors, picked up wild berries and fruits and ate them; they foraged on rats and other small creatures and ate them raw! And they also fed on putrid flesh left over by other carnivorous animals,AGAIN RAW!;they protected themselves from the harsh elements by wearing animal skins and hiding  in caves. Is it a tradition worth emulating now?

The root of the Christian religion can be found in the traditions of Hebrews, whose ancestors were “Apirus”, the “donkey breeders”. Their belief system had emerged from Sumerian myths, mostly from the epic Gilgamesh. The second genesis is an exact replica of the Sumerian creation story. Incidentally Abraham had migrated to Palestine from Sumer after,  breaking to smithereens, all the idols made of clay and challenging his God! Will the “tradition” bound Pope dare to destroy  millions of icons and idols of the “multitude” of the saints —graven idols?

Does the Pope like the Catholics to follow the age old tribal  tradition (Jews belonged one such tribe) of capturing females from other tribes and put them in chains with unbreakable metal rings around their ankles and enforced sex? (Incidentally the wedding band or the ring is the hangover of this past). Will the Pope follow the Vatican practice of castrating teenage boys to make them look feminine and employ them as page boys to serve him?

Will he insist on the traditional way enjoined upon Catholics to copulate only in “missionary” mode ; burn a woman if she was found on “top” in having  “IT”. Come on Pope, get rid of the venal and obsolete traditions, if you want to keep your folk together. Modern humans have good brains inside their skulls!

Another query dear Pope, will the Church continue “the tradition” of papering over inconvenient truths and persist with “omertà” with reference to the murky goings on in Vatican and other headquarters of the Church spread all over the world?

One final question: WAS JESUS A TRADITIONALIST?

P.S. I won’t venture commenting on cow dung eaters and cow urine drinkers, for I wish to keep my skin away from injury.