Let us not destroy our own Church – Jose Paul (Delhi) 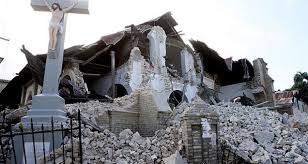 In the last two to three months, there had been a number of attempts to desecrate the Catholic Churches in the Capital City of Delhi. In two cases of fire, the Delhi Police proposed that these instances may be due to electrical short circuits. In the case of a stone throwing and breaking the glass panes of a church, according to police, some children might have been playing with stones throwing at each other and may be accidently some stones fell in the church premises. In yet another case, it appears to the police,, some  three drunken people having a bet between them to show their loyalty to their religion and it has nothing to do with organized planning and it is only a stray incident happened by chance. In the last case, where the host is strewn down on the ground and the cerebrum   is taken away and nothing valuable is lost. In this case their doubt is that it could be is an attempt to robbery. In none of these incidents, the police or the govt has taken any serious action. They only detained the drunken people for some time since the people were clearly seen in the close circuit video in front of the church.

I am mentioning these incidents not to blame any government or the police. There are few touching experiences happened in these cases. When the church in Dilshard Garden is burned, Immediately about 500 Catholics from the locality reached the spot and for the whole day thousands of Catholics and non-Catholics  from all over Delhi reached there to express their solidarity and anguish about such an incident in spite of the day being is a working day. The next day, again a working day, more than 2000 people gathered from all over Delhi at the Police headquarters to express their request the Police to seriously enquire about the incident. The police Commissioner promised to the community that they will give protection to all the churches. 95% of those who took part in this demonstration are lay people. There were old men and women, but the majority of them were young men and women who belong to the working class and college going students. They left their working place and colleges and universities and came along to with plenty of placards and shouting slogans and praying and singing irrespective of which parish they belong, which rite they belong to. They all believed in one and only Jesus and that the church, the house of God is their own property.

When the Church in Vasant Vihar was desecrated, in a matter of short time, hundreds of Catholic lay people and some priests from the diocese reached there to show their solidarity. The next day, two to three thousand Catholics from all parts of the City reached the cathedral to march to meet the Home minister. Even though, the police was informed earlier about the plan of the protest march, there were a number of buses and about 300 police men to stop this protest march. In spite of the fact that these people were peacefully demonstrating at the gate of the Cathedral Phurch by praying, singing hymns and also by shouting slogans, the police tried to push the people into the church compound. They forcibly took about 300 protesters including some sisters and priests in their buses to the Parliament road police station.  They were detained for 5 hours in the station before they were released. All the other people who were there waited in the church compound till those from the police station were released.  This group of protesters was of all age groups, the majority being young men and women.

All these incidents point out to one thing. Who came to protect the Church?  The lay people and some junior sisters were there.  Definitely some senior and important priests were there. Here is a question to the Catholic Hierarchy? Whom does the church belong to?  To Jesus? , the faithful ? Or the Church Heirarchy? Any priest or Bishop will immediately answer that the church belongs to the community of faithful. The church is the mystical body of Christ in which each believer is living part. What they mean is that you, the lay people, may share the mystical body of Christ as part of the church. But the material body of the church along with all the movable and immovable property belongs to the Church Hierarchy.  It is like this.  We share with you the mystical body of Christ and you are duty bound to pay to the church, every month the pastoral support fund, every Sunday, the Sunday collection, and also the second collection for various purposes, festival collections, sponsoring of various functions and things needed for the church and the latest being the fund for installing closed circuit television in and around the church. There is also a suggestion that 10% of your income is to be given to the church. You will get invisible blessings and some time some miracles as gifts of grace from the invisible mystical body of Christ for your contributions to the Church. Who are the real owners of the movable and immovable property of the Church? Who should control the administration of the financial matters of the Church?  Is it to be managed and owned by minuscule group members of the Hierarchy who does not represent even 0.01% of the church community? When these things become more transparent to the younger generation of today, they will not lose their faith in Jesus or Our Father, but they will lose their faith in the existing establishment of the Church and the hierarchy.

You don’t need anything more than this kind of establishment of the church rules (the so called cannon laws which you introduced) to destroy the Church and its divinity. The church will be destroyed and brought down to the ground level not by any of the outside enemies, but by the every people who pretend to be the guardians of Jesus and His Church. Remember the Church of Brick and mortar will become empty and you will become penniless. But the church of Jesus will flourish in the heart of every Catholic Lay Person. You may not find them in front of the Church buildings when these are attacked by any one.  Still the lay people will be real members of the real Church.