Let the blind learn from bitter experience! Closing down of Worship shops! 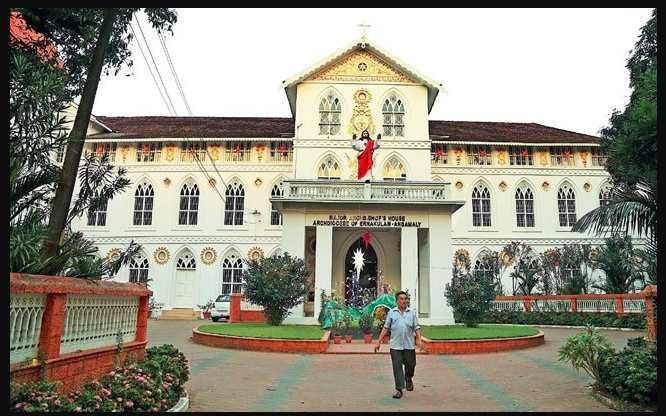 Of late the hue and cry was: “You are allowing supermarkets, petty shops, barber shops, beauty parlours,  liquor shops, all selling their wares  catering to body needs.

The fact was that severe lockdown started on March 25. It was meant to use the period to expand the country’s health infrastructure to prevent too many deaths from Corona.  Yet, here we are after more than two months on, and the Covid-19 causing deaths continue to grow everyday.

This is hurting the work force at all Worship Shops, priests and large number of maintenance staff  left idle without their daily or regular fat Sunday  collections.

Yes the business of religion also needs money to survive, if the weed is to be allowed to grow with the wheat! But what is more important? To save human lives falling like flies into the Corona fire or Church business as usual to make a fast buck? Our Muslim brothers have seen this point and rose to the occasion to support lockdown of their Mosques opening five times for prayer daily. Cheers and salutes to them!

The lockdown in fact had really helped greatly the ignorant poor worshipers to save their hard-earned money through offerings in churches with no gainful returns, also their precious time to rest from daily work to earn a living. That is why we welcomed Lockdown due to Corona,  a heaven-sent blessing.

Besides CVC has published ever so many articles highlighting, how gods have fled that Churches,  Mosques and Temples  from where no help can come to fight the epidemic. Only science and doctors treating the affected can help. Humans themselves have to beat this challenge.

What Christians should do?

But what ought to be the business of the churches and Christians if they are followers of Jesus? We repeated as nauseam, that Jesus the Nazarine, a Jew never became even a Christian, built no churches, or promoted any organized churchianities  — competing churches are in thousands today. He was just a homeless pedestrian preacher going round doing good, feeding the hungry, healing the sick and comforting those left on the waste heap of life on the margins of society.

So if these competing churchmen and credulous worshipers are to imitate and follow Jesus, they should immediately open their empty locked down churches to homes or hospitals for treating Corona victims – the infected, dying, left abandoned without a home to go. This is what a Jesus would do. Has not he himself  said: “When you have done these my little ones, you have done it  to me?” That alone would be real worship!

Jesus’ work, from dawn to dusk was a good samaritan service, foot-washing ministry, not praying in the temple or conducting rituals and preaching “bla-bla” meaningless sermons which they themselves don’t practise. He himself is reported to have gone only twice to temple.

First to announce his Nazaret Manifest: ‘Good news to poor’, second to chase out the priestly gang turning his house of prayer into a den of ‘thieves’. Speaking to the woman at the Jacob’s  well where he went to quench his thirst what happened?

When the woman without a husband objected to Jesus a Jew asking a gentile  for  water he referred to her husband  which embarrassed and touched her to the quick, saying ‘I have no husband’. To that Jesus, said she had eight not just one. Being caught and wanting to get out of the embarrassment, she changed the subject  of discussion asking: “Where do you Jews worship?

And out came the answer you and I and, peddlers of loud mouthed lip service called prayer. Jesus’ retort was: “Not on this mountain or that, this temple or that but in the  cave of one’s heart.  The time has come when you worship Him in spirit and truth only.” Anything more needed to expose the hollowness of  loud-mouthed Church  worshipers?

Added to that how many times he told his followers to pray in silence  and solitude closing all doors and windows – one’s five senses? Further often  he gave the example going up the mountain to pray in silence and solitude. Where then is the justification to get churches opened for shouting prayers: LORD HAVE MERCY, CHRIST HAVE MERCY?  When will this buffoonery ever end? When will the blind sheep led to slaughter ever open their eyes and see?

It is for this the almighty CORONA is unleashed to stop at one STROKE this tomfoolery! Therefore all of us should be immensely grateful to this St.Corona who has done the impossible for the last two months and more. May Corona never leave us alone to be exploited by Churchmen, thieves in sheep’s clothing!

It is not the churchmen are poor and starving that they want to open their petty and  mega shops. They are sitting on a mountain of wealth for posh living without sweating. For a change listen to a layman, a banker, who researched and found. Many others also have written in the CCV. This is a excerpt from George Nedumparampil’s recent letter to Editor in CCV on June 6th.

“The (Syro-malabar) Sabha assets are valued over Rs 300,000 crore, ahead of Ambanis and Tatas. The Sabha has absolute control over more than 10,000 establishments which are spread in India and abroad.

“The most powerful Church Sect under the umbrella of the Syro-Malabar is CMA. The CMA alone has 1514, Institutions under it which includes schools, colleges, hospitals, orphanages etc. The Syro Malabar has 77 such sects under its jurisdiction.

“The Sabhas has at least 50 establishments that can be listed in the stock exchange by value of their assets. All the members of this Sabha are Malayalies. The question to ask, therefore, is why the Sabha is in a hurry to get their places of workshop opened despite sitting on such a huge fortune?

“I would imagine that their day to day expenses were used to be met by  collections from Sunday Mass,  Novenas, and boxes for offerings kept underneath statutes of Jesus, Mary and some reportedly very powerful saints.  It looks like that Sabha does not want to fall back on its reserves known only to certain key members of hierarchy and hence the urgency to get Churches opened to get the cash flow coming alive at churches…..

“Then let some believers burn their fingers by sharing space with someone infected but not showing any sign of infection.  Then the government does not have to issue fresh orders to close the churches.  The believers will do it on their on.(like the cat that fell in hot water, he   adds.”

I can’t vouch for the correctness of the data provided above. As a banker George should know better. You are welcome to prove him or me wrong. Now that the Pynarai goverment has allowed partial lifting of lockdown, understandable as he urgently needs Christian votes to survive and flourish let us wait and see.

The diehard blind sheep which want to rush back to open Churches will learn only from the fate if the cat that fell in boiling water! A Malayalam adage says: “Kantu padikkathavar, kontu padikum.” Those who won't learn by seeing will learn when dipped in boiling water like the cat.

All thinking sections oppose the opening of Religious shops called Churches to sell superstition, blind faith and mint money for the posh living of the priestly class like parasites and do no work. By opening liquor shop at least the economy will improve and give relaxation to the working class, although a few may indulge in misbehavior, a minor side effect.

There is much more to write. Read instead many who have written on the topic in CCV. So I stop here. When the blind believers are duped bitterly, they on their own will stop going to these Churches.  Let that day dawn all too soon.