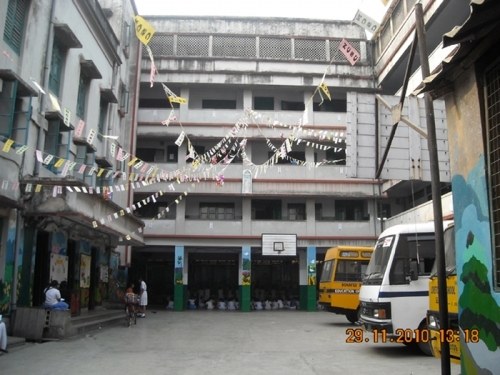 One of the most powerful drivers of the CSR movement could well be the thousands of schools dotting the country. Schools enjoy what most corporate houses do not. They possess scale; a single school in excess of a thousand students is probably the equivalent of 20 medium-sized companies in that pin-code. They are a benevolent command economy; one instruction can make the entire school fall in line within minutes. They are idealistic; they believe they can make the world a better place well before cynicism creeps in. They represent an efficient three-tier decision implementation pyramid (headmistress, teachers and students), enhancing effectiveness over multi-tiered management structures. Afew decades ago, Sister Cyril of Loreto Sealdah in Kolkata leveraged these realities in a lateral way. This Irish-born principal of a prominent school in an under-privileged neighbourhood would notice how, even as it offered premium education to the well-to-do, an even larger community of girls literally adjacent to the school's gates would never be able to access its educational facilities.

So Sister Cyril resolved that she would provide these children with an English-medium education for free. What Sister Cyril was proposing was unique. Most schools would have grudgingly agreed to provide free after-school supplementary classes; no school would have agreed to provide under- privileged girls with real-time education. Most schools would have had parents protesting about the social mismatch; Sister Cyril was stubborn enough to stand her ground, which sent out a Morse that 'You may take your children to another school if you want, but this is what I will do!'

The accountants could have pointed out infrastructural inadequacy and revenue squeeze; Sister Cyril felt that a combination of cross-subsidy, space modification and teacher adjustment would prove effective. It pays to be occasionally pig-headed. Loreto Sealdah may have started as a drop-in school for under-privileged children but after a four-yearold Project Rainbow student was raped on the pavement outside. Sister Cyril put her boot down: the girls would be provided residence as well. Residence? Where was the space in the middle of a crowded Sealdah to house more than 700 girls? So Sister Cyril re-used class rooms for the education of under-privileged once the main school was finished for the day.

Then came the accommodation argument; Sister Cyril got the children to slide desks against the wall that would transform a classroom into aliving room. Then came the food issue. The older girls helped prepare meals and the following morning these children rearranged classroom desks, had a bath in the school toilet, slipped into fresh uniforms and were off to study. You'd think that such an arrangement would have been a dream story. Read what happened instead: the children missed the freedom of the streets; their usual complaint was 'Aamake roj shokale chaan korte bole aar baire jete daai na!' (We are asked to have a bath every day and are prevented from stepping out).

The teachers were 'educated' to Bengali slang. Parents stepped up their opposition to the idea of street children studying shoulder-to-shoulder with their own. Sister Cyril turned on the charm offensive; she appealed to the parents' sense of charity; she arranged funding from Ireland and Switzerland; she roofed and tiled the terrace to create a single-roomed 'home' for 700 children; she convinced fee-paying students to become teachers; she re-designed the school time-table so that girls from Classes V to X would invest two hours each week as a part of their work education commitment. What started as a cottage experiment in Kolkata's seasoned academic environment is now a case study. Of Loreto Sealdah's 1,250 students, 700 are from the streets. What was considered as an idea destined to fail has been extended to six Loreto schools in Kolkata.

What used to be a neighbourhood spilling over with street children is now near-free of this reality. The individual success stories that Loreto Sealdah has turned out are inspirational. Padma's father died when she was three; her mother worked as a domestic help; she collected free khichdi from Mother Teresa's House to sustain the family. The durwan at Loreto Sealdah put in a word, Padma was enrolled in Project Rainbow (the name by which Loreto Sealdah ran the project), completed her school, proceeded to her Masters and went on to work with Vodafone.

Her elder sister Mandira was similarly educated and is now settled in Dublin. Another student Shireen confessed she would have to discontinue because the family resources needed to be saved for food instead. She was absorbed into the Rainbow programme, passed her Madhyamik and Higher Secondary exams, graduated from Loreto College and joined AMRI Hospital as a cancer documentation specialist. Time then for the schools of the country to draw inspiration from a gutsy Irish nun and wake up to an opportunity sitting literally at their doorsteps.