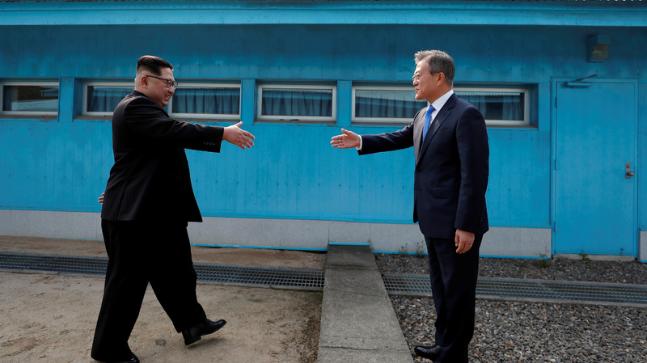 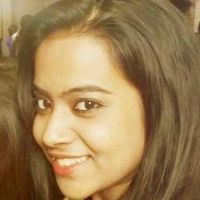 It's a great and unprecedented peace initiative between North and South Korea. Both the leaders of the two nations deserve huge compliments for taking the bold step which will have far-reaching impact. South Korea’s Winter Olympics did provide an ice-breaking opportunity to broker a dialogue between the two nations and Kim Jong's sister Kim Yo Jong played a stellar role in paving the way for brokering the historic peace talk, without any headline-grabbing rhetorics. This is a great lesson to all war-mongering and arms-stockpiling nations that there is nothing greater than constructive talk and initiative for lasting peace, especially between neighbourly nations. It brings about drastic reduction in arms race and consequent saving in the economy, for deployment in development actitivies.

This great peace initiative bears a great resemblance to `Laudato Si' of Pope Francis – where the pope invites dialogue and debate of “all people” about our “common home” and also calls for a change of heart.

North Korean leader Kim Jong-un today made history by stepping over the border to meet South Korean President Moon Jae-in. For two countries that haven't shared a great friendship in the past, this was a big moment.

At this historic summit, the two leaders of North and South Korea signed a declaration agreeing to work for the "complete denuclearisation of the Korean peninsula".

The two Korean leaders announced that they would seek an agreement to establish "permanent" and "solid" peace on the peninsula, and seek multilateral talks with other countries such as the United States.

Along with that, the agreement also seeks to declare a formal end to the Korean War later this year.

So, what would that mean? Well, we'll have to go back in time a little to understand that.

THE START OF THE KOREAN WAR

A China and Soviet Union-backed North Korea started a war with the US-supported South Korea in June 1950. Freshly divided into two governments, North and South Korea soon brought much hostility into the war, and a lot went down.

Eventually, however, an armistice was signed and the fight came to an end in July 1953. The armistice brought about the need of a border, which, in turn, gave birth to Korean Demilitarized Zone (KDZ); the no man's land that divides North and South Korea.

But while the battle had ended, the war was far from being over.

A TRUCE, BUT TO PEACE TREATY

Despite the signing of the armistice, no treaty of peace was agreed upon by the two countries in 1953, or over the years.

This technically means that, for the last six decades, North and South Korea have officially been on a war, or, as experts would say, stuck in a frozen conflict.

Now, with North Korean leader Kim Jong-un and South Korean President Moon Jae-in agreeing to sign a treaty to official end the Korean War, a lot could change for the two countries.

WHAT ABOUT THE KDZ?

The Korean Demilitarized Zone (KDZ) was created to, figuratively speaking, to keep the two enemies at an arm's length (literally, the KDZ is around 4-km wide). The declaration that Kim Jong-un and Moon Jae-in agreed upon today, however, included promises to turn their fortified border into a "peace zone".

Would that mean an end of the KDZ?

A report on Washington Post refers to Munhwa Ilbo, a South Korean newspaper, to say that the agreement could "involve returning the demilitarized zone to its 'original state'," which could mean a more "traditional" border would take its place.

A Reuters report also says that the agreement signed by the two leaders says they would pursue "military arms reduction" and cease "hostile acts". So, maybe they are serious about this.

WOULD THAT MEAN THEY ARE BUDDIES NOW?

Let's just say there is still a long way North and South Korea will have to go before they become all chummy.

With the US in picture, and the much-awaited Kim-Trump meet around the corner, a lot regarding the two Korean nations' friendship depends on that balance.

On the plus side, the state of 'frozen conflict' between the two nations will come to an end when the war is officially ended.

A frozen conflict, by definition, means that while armed combat between the fighting countries has stopped, it can start off any time as no official agreement has been signed to mark the end of the war. This leaves the countries involved in a state of constant insecurity.

With the treaty signed, citizen's fear of this frozen conflict thawing out any moment will at least fizz out.

The thing is, however, Kim Jong-un and Moon Jae-in have only just agreed to set "complete denuclearisation of the Korean peninsula" and officially ending the Korean War as GOALS. The actual treaty marking the end of the war is yet to be signed. Hopefully, that will happen without anything going south.