A Layman’s Guide to Canonization 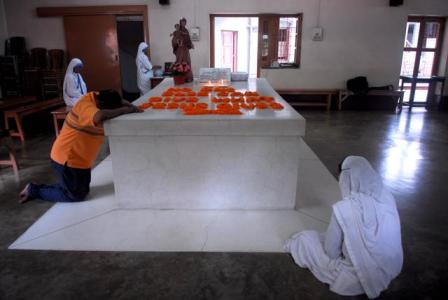 (Note:  CCV's Isaac Gomes reproduces an article on Layman's Guide to Canonisation which appeared in the Hindustan Times on 28th August, 2016,)

Canonisation is the act by which the Pope declares that a person practiced heroic virtue and lived in fidelity to God’s grace, is with God in heaven and is to be venerated through the whole church. The Pope enrolls the person on the list of Saints. Mother Teresa is to be canonized and will become Saint Teresa on September 4.

Beatification is a step in the process of Canonisation. By it the Pope allows public veneration of the in the local Church, within the religious congregation with which he or she was associated, and in other places by those who receive such permission. A person who has been beatified is addressed as ‘Blessed’. Mother Teresa was beatified on October 19, 2003, by Pope John Paul II at St Peter’s Square in Rome. The Blessed may be canonized after the occurrence of one more miracle is attributed to him or her.

A miracle is an extraordinary event, which is scientifically inexplicable and, in a cause for canonization is directly attributed to the person who is being canonized. In the causes of saints, the miracles investigated are usually cures, because they are more easily documented. Miracles and graces or favours, granted after prayer to the person being canonized, serve as evidence that God himself is the origin of that person’s reputation of holiness. While a person may be beatified after one proven miracle is attributed to him or her, for canonization, the person needs to have performed at least two miracles. The first miracle attributed to Mother Teresa was curing Monica Besra, a woman in a village in West Bengal of a tumour in 1998, after which she was Beatified in 2003. The second miracle was attributed in 2015 when Mother was said to have cured a Brazilian man suffering from multiple tumours in the brain in 2008. In recognizing this miracle, the Pope waived off a 1917 rule that said there must be a 50 year gap between Beatification and Canonization. Mother Teresa is to be Canonised by the Vatican on September 4

The feast day of a saint or a blessed is a day set apart by the Church at the time of beatification for giving special honour to that Blessed or Saint. On this day the memory of that person is celebrated and his or her life, virtue and work is honoured.