A man wearing protective equipment performs the last rites for his relative, who died from COVID-19, at a crematorium in New Delhi, India, on April 20, 2021 Anindito Mukherjee / Getty

A telling editorial on the grim fallout of the second Covid Wave in The Telegraph Calcutta today.  Are we, especially India's middle class, resilient enough to withstand the merciless lash of Covid?  Even two doses of the Vaccine is only 70% successful, leaving the balance 30% susceptible to infection. Is building community immunity, beginning with each mother and her child, the ultimate answer?

Today India reported 3.14 Lac Covid infection cases – the highest to date.  Against this background and the  growing spurt of Covid in Bengal, Calcutta High Court has pulled up the Election Commission (EC).  It said the EC is not doing even one-tenth of what it is empowered to do and was only passing circulars and orders, leaving it to the people of Bengal to fend for themselves. It said if the EC does  not act, the Court will step in. Is it too little too late? Isaac Gomes, Associate Editor, Church Citizens' Voice. 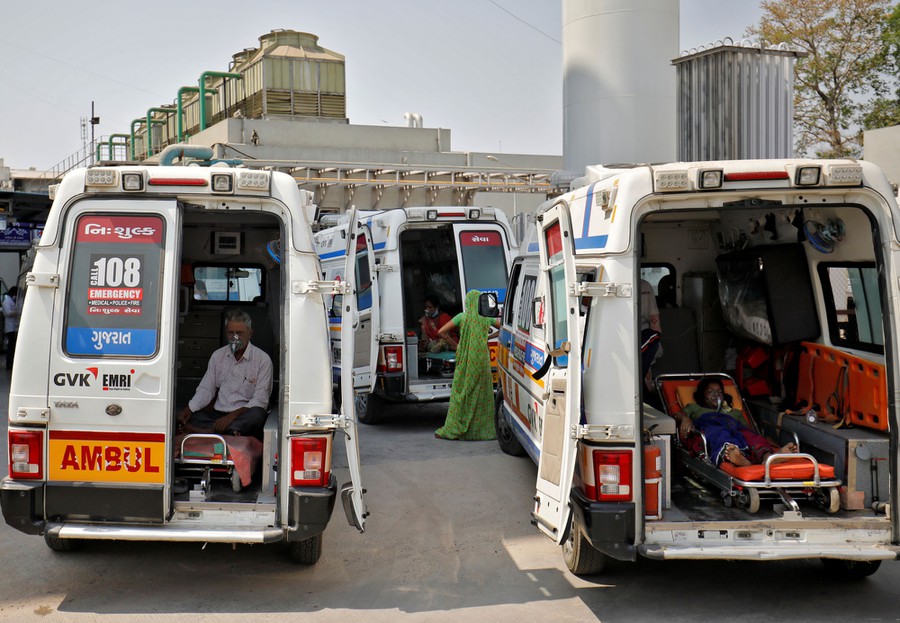 Patients with breathing problems wear oxygen masks as they wait inside ambulances that are queued up in front of a COVID-19 hospital in Ahmedabad, India, on April 14, 2021. # Amit Dave / Reuters

India is currently witnessing a severe replay of the Covid-19 pandemic of 2020; India's second I wave is, arguably, the worst surge around the world. Its whiplash on the country's economy and society is going to have a telling effect.

Studies show that the very rich and the very poor in India remain relatively unaffected by the economic shock induced by the pandemic. The former can absorb such shocks, while the latter are numbed by persistent, chronic poverty: their condition could not be worse than what it already is. The worst hit by the pandemic has been the large middle class accounting for a wide range of incomes, starting from people earning about $10 to $20 per day. Since the pandemic began, India has lost 32 million people in this income range, and the size of the very poor — those earning less than $2 per day per person — has swelled by 75 million. The most important sources of middle class income are wages and salaries, especially in the sprawling informal and rural sectors. The income loss is mostly a result of rising unemployment. According to a CMIE report published in August 2020, unemployment was estimated at 1.8 crore by July 2020 from the time the pandemic broke out. This meant that about 22 per cent of salaried jobs had been lost.

Unemployment creates a number of social problems apart from the associated economic distress. Anxiety and stress levels are much higher for an unemployed person. This sense of alienation can create problems, such as enhanced substance abuse, greater domestic violence and more widespread incidents of psychiatric disorders. It can break up families, increase suicide rates, and have an adverse long-term effect on one's self-esteem and confidence. These complications gnaw away at the roots of social order and stability. India never got over the mammoth economic problems carried over from last year. There was a weak stimulus given to the economy that did not have a discernible effect. The ruling regime seems to be more worried about the country's geographical neighbours and in controlling India's farmers and workers. 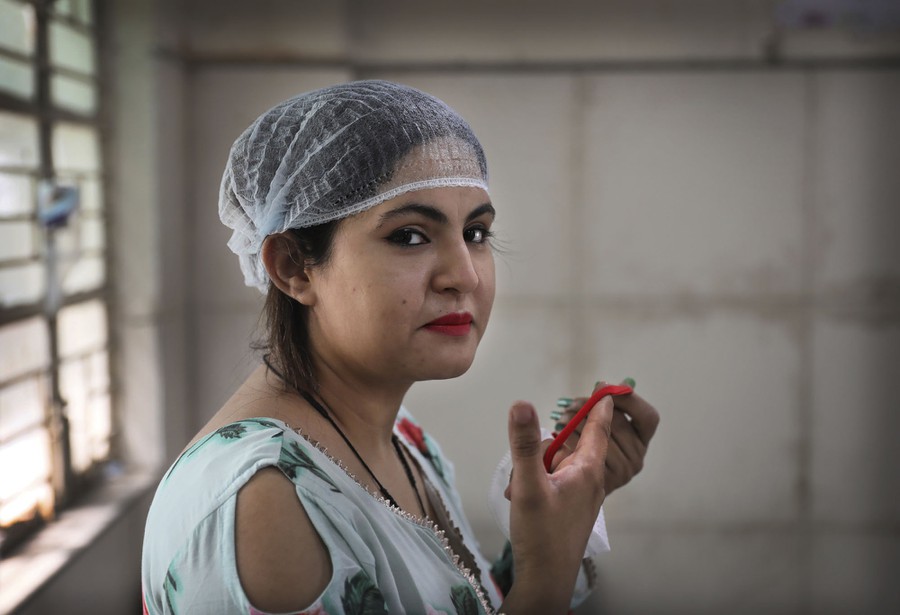 Health worker Kavita Sherawat puts on a face mask as she prepares to take samples to test for COVID-19 in New Delhi on March 18, 2021. Despite dutifully wearing masks and always washing her hands, Sherawat got infected, as did her husband, parents, and in-laws. Although doctors and nurses were cheered as heroes during the lockdown, people avoided her, fearing infection. She tested thousands of sick and gasping people as they arrived at hospitals, not knowing whether the gear she wore was adequately protecting her. “That fear changes you as a person. You start valuing your life more,” she said. # Manish Swarup / AP

The same script is now being re-enacted with a greater ferocity. It is likely that the blows from the second and third waves would be far more lethal than that of the first one. The economic recovery will be more difficult this time around. Can the middle class — the engine of aspirations and growth in New India — hold its ground? Or would it crumble into the heap of the poor? The answer to these questions would become clearer not too long into the future.