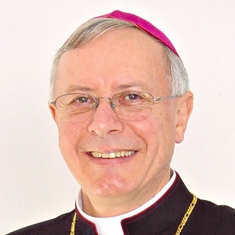 New Delhi: Salesian Father Tom Uzhunnalil, who was abducted by Islamic militants of Yemen on March 4, could be released soon, a Malayalam newspaper reported May 17.

The Malayala Manorama based its story on an interview that Apostolic Vicar of Southern Arabia Bishop Paul Hinder gave to the “Bild-Zeitung,” (picture newspaper), a German tabloid. The vicariate covers Yemen also.

The German tabloid quoted Bishop Hinder as saying that the Fr Uzhunnalil’s release was imminent.

Suspected Islamic militants took the 57-year-old priest into custody after they raided a Missionaries of Charity aid center in Aden, a southern port city of Yemen. The terrorists killed 16 people, including four Mother Teresa nuns, who helped at the home for the aged.

The Southern Arabia vicariate came to know the whereabouts of the priest recently, said the 74-year-old prelate, a native of Switzerland.

Bishop Hinder also noted that millions of people cutting across religions from around the world have been praying for the release of Fr Uzhunnalil, 57, a native of Kerala state in southern India.

The prelate called for continued prayers for the priest’s safety and release.