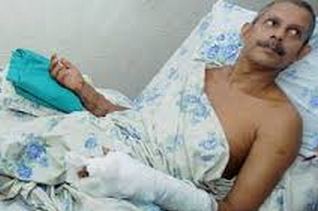 Kochi (Matters India): An alleged key conspirator in the college professor hand-chopping case in Kerala in 2010 surrendered before a special NIA court here today and was remanded in judicial custody.

An activist of radical Islamic outfit Popular Front of India (PFI), M K Nasar, the 28th accused in the case and absconding since the incident, surrendered in the court around 11 AM, a National Investigation Agency (NIA) official said.

The court remanded him in judicial custody, the official said, adding NIA is likely to seek his custody for interrogation.

Nasar was the “chief conspirator and mastermind” of the July 4, 2010 brutal attack that sent shock waves across the country, according to NIA.

His surrender comes months after ten persons belonging to PFI were sentenced to eight years rigorous imprisonment by the NIA court in the case, Economic Times reported.

They were held guilty of chopping off a hand of T J Joseph, professor of Newman College in Thodupuzha in Idukki district, for allegedly hurting religious sentiments of a community through a question paper he had set.

In his verdict in May, NIA Court Judge P Sasidharan had also awarded two years rigorous imprisonment to three others in the case and imposed a fine of Rs eight lakh on the 13 convicts to be given to the victim.

37 people were chargesheeted by NIA in the case. However, only 31 underwent trial as the remaining six, including accused Savad and Nasar, were absconding.

The right hand of Joseph was chopped while he was returning home after attending Sunday mass at a church in Muvattupuzha in Ernakulam district.