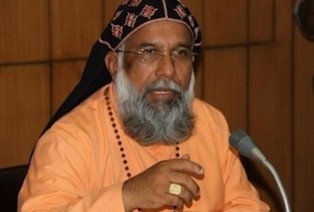 Published on: 9:37 am, February 29, 2016 Story By: Mattersindia.com – Nedumangad: Cardinal Baselios Mar Cleemis, head of the Syro-Malankara Catholic Church, has criticized Kerala government for going back on its promised to grant reservation to Nadar community.

“Ommen Chandy and his government broke all the earlier promises they gave in the run up to the previous assembly elections and even after that,” the cardinal said addressing a convention of Malankara Catholic Church held in Nedumangad, near the state capital of Thiruvananthapuram.

Chandy, an Orthodox Christian, is the leader of the United Democratic Front (UDF) headed by the Congress party.

The cardinal’s statement is seen as a warning that the Church would be using the voting power against the ruling front unless the government takes steps to grant reservation benefits to all sections of the Nadar community in equal measure.

Nadar (also referred as Nadan, Shanar) is a Tamil caste of southern India and Sri Lanka. They comprise several sub castes and classes of different origins, which in course of time, came to be called Nadar.

Cardinal Cleemis, who is also the president of the Catholic Bishops’ Conference of India, recalled that the UDF had promised reservation in its manifesto. “The government, which forgets everything in front of the corporates should come clear on why it keeps denying justice to the Nadar community. The believers will stand united against the deceiving attitude of the government,” the prelate added.

Presently, the Nadar communities belonging to South India United Church and Latin Catholic Church have reservations. However, around 200,000 Nadars are outside the reservation margins.

Election to the Kerala legislative assembly is due before May this year when the term of the present government ends. The Malankara Catholic Church’s stiff stand is expected to pose serious threat to the UDF government.

Historically, most Nadars were cultivators of palmyra trees and a few were involved in the toddy trade. A few sub-sects of the Nadar community, such as the Nelamaikkarars, were traditionally wealthy landlords and money lenders.

Education and entrepreneurship has helped the community to make significant strides. Nadar’s socio-economic development has elicited academic interest. They constitute 12 percent of Tamil Nadu’s population. Nadars are listed as an Other Backward Class by the governments of both Tamil Nadu and India.