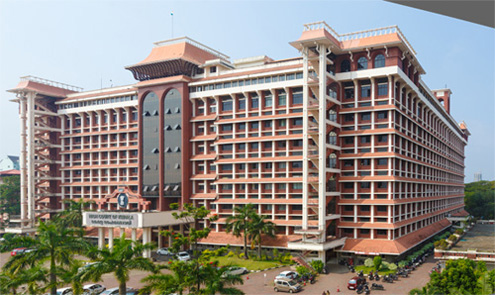 The Income Tax Department had stated that the members of religious congregations were receiving the income in return for services rendered by them.

The Kerala High Court on Monday stayed the direction of Income Tax Department to treasury officers to deduct tax at source from the salary or pension paid to priests and nuns, who are teachers in the state aided educational institutions.

The Monday order of the Division Bench of the Kerala High Court, puts on hold the order of a Single Judge of the same court that earlier upheld the move.

The latest order came while considering a batch of appeal seeking to quash the Single Judge’s order.

The petitioner submitted that a circular issued by the Central Board of Direct Taxation (CBDT) in 1944 and another directive in 1977, which allowed income tax exemption for those who handed over their payments to religious institutions.

However, the Income Tax Department issued the order contrary to the circular.

The Bench directed the CBDT to clarify whether the petitioners are eligible for exemption and adjourned the hearing of the case.

The Income Tax Department had stated that the members of religious congregations were receiving the income in return for services rendered by them, they have been getting salary, and the subsequent making over to the congregation was only an instance of application of income.

The Single Judge had observed that the members of religious congregations who were working or retired from the educational institutions, were receiving salaries and pension in their individual capacity and based on educational qualification and skills possessed by them as individuals.

Therefore, they had the right to receive salary or pension which accrued to them as individual and not to the religious congregation, of which they were members.