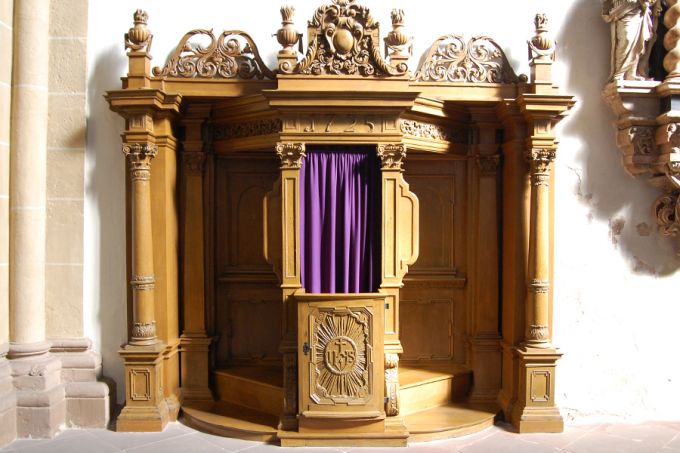 Bologna, Italy, Mar 13, 2015 / 04:01 am (CNA/EWTN News).- The confessional is one of the most private and privileged places in the world. So when an Italian journalist violated the bond of trust between penitent and priest, the Archbishop of Bologna decried her “grave lack of respect” for all Catholics.

Laura Alari writes for Quotidiano Nazionale, which is headquartered in Bologna. She authored a series of four articles in the newspaper which disclosed the responses of priests in the area when she approached them under the pretext of seeking Confession.

Alari went to Confession several times, inventing delicate issues for herself: she pretended to be a lesbian mother asking to baptize her daughter; a woman who cohabitates with her same-sex partner; and a divorced and civilly remarried woman who receives Communion every Sunday.

She then reported the responses of priests when they heard her “confessions.”

Cardinal Carlo Caffarra of Bologna responded with a statement March 11: “In bewilderment at the incident and with a soul wounded by a profound sorrow, I mean to reiterate that these articles objectively constitute a grave offense against the truth of Confession, a sacrament of the Christian faith.”

He said Alari's articles “show a grave lack of respect for believers, who have recourse to it as one of the most precious of goods because it opens up to them the gifts of the mercy of God; and for confessors, by exposing them to the doubt of a possible deceit, which can disrupt the freedom of judgement, which is founded upon a relationship of trust with the penitent, like that between a father and son.”

The cardinal emphasized that Alari's articles were written by “deliberately tricking the confessor and thereby violating the sacredness of the sacrament, which as a first condition requires sincerity of contrition on the aprt of the penitent.”

Cardinal Caffarra recalled that the publication of the contents of a confession is among the most grave crimes in the Church, which are under the direct competence of the Congregation for the Doctrine of the Faith.
That congregation made clear in norms released May 21, 2010 that among the most grave crimes which it is charged with investigating is that “which consists in the recording, by whatever technical means, or in the malicious diffusion through communications media, of what is said in sacramental confession, whether true or false, by the confessor or the penitent.”

“Anyone who commits such a delict is to punished according to the gravity of the crime, not excluding, if he be a cleric, dismissal or deposition,” reads the norms, to which Cardinal Caffarra averted in his statement.

Alari was also faulted by the Italian Professional Order of Journalists.

Enzo Iacopino, president of the organization, told Avvenire March 12 that their ethical rules “do not allow journalists to hide their identity and to act in disguise, unless the life of the same journalist is in danger, or unless declaring the identity would render writing the article impossible … but discovering what the Church states regarding the divorced and remarried, and baptism, does not require a glimpse through the keyhole.”

“What did she find? Priests who are faithful to the Church's Magisterium and who approach the faithful with humility, in order to find with each person the best and most human way to face their problems,” Iacopino stressed.

On the other hand, Andrea Cangini, editor of Quotidiano Nazionale,responded saying, “If you interview any person in his functions, you will have answers that may be biased. Only in this way have we been able to understand how the average parish priest reacts. It is interesting.”