It is Superstition, not true Religion! Belief without truth 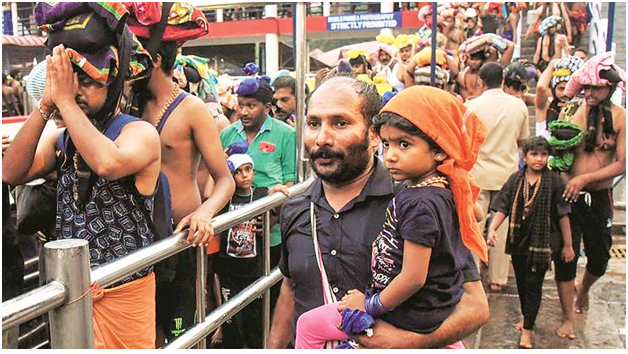 in the  Indian Express

Religion and superstition are mirror images. Superstition can, therefore, pass for religion, especially when the people know only rituals and practices — all priestly inventions — and are ignorant of the ethical and philosophical principles embedded in scriptures

Cover image: The purpose of religion is to ennoble human beings so that they transcend selfishness and pettiness and live together in harmony and kinship. (Representational Image)

Note: Religion (tying together) involves two-fold bonding, vertically with God and  with humans horizontly. Superstition instead is rooted in self-exhibition and differs from person to person with no communality.

What is human life without a community life of brotherhood of love and care held together and watered by streams of spirituality flowing down from heavenly mountain tops? Selfishness and altruism are in constant conflict causing discord. What promotes peace and prosperity is altruism promoting common good, not selfishness that urges avarice and plunder.

Religions and spirituality are different. Religions are many, spirituality or religiosity  is one, uniting all from above. Religions degenerated into rituals, poojas and activities pleasing to senses are superstitions; religiosity  or spirituality is internal, invisible. It is what domesticates the brute  cravings running in conflicting directions.

True religion is embodiment of TRUTH, truth incarnate; Superstition is fancy, what pleases each individual most. One may fancy 2+2=6. That won’t make him right. Such is the case with one who thinks his superstious  practices  of rituals alone are right and faiths of all others wrong.

Similarly, it is utterly wrong to believe God who is omnipresent is confined to Sabarimala; or  to think God who is just and impartial will reward first only those who shout loud and long or offer him the biggest offering in cash and kind. That is an insult to God who is “sacchidananda”, embodiment of goodnees, whom Jesus taught to worship in silence in the cave of one’s heart. All organized religions including the Churches are superstitious in this respect.

In the article below Swamy Agnivesh,  a Vedic scholar and social activist warns us with  compelling facts and arguments to guard against so many popular superstitions masquerading as true religions. All organized religions and churches are. Like all political parties they are all solely or mainly meant for the benefit of the organizers.

That alone is the main reason, we in the CCV have been carrying on a relentless fight against all organized religions. Instead we have been promoting  a company of the CATTLE CLASS, totally dedicated to serving those most in need economically, socially, culturally and spiritually  imitating the Man from Nazareth for the sake of building a humane humanity.

Such were also other spiritual luminaries like Budha, Kabir, Ramakrishna Paramahamsa, Sankarachariya, Vivekanda, Narayana Guru and Gandiji the father of our nation.Following them is the sure way to today’s world of fast spreading superstitions masquerading as true Religions. james kottoor, editor CCV.

In an age of religious decadence, when godliness departs from popular outlook, there will be innumerable discussions about religious issues. In such exercises, considerable time and effort is wasted in disputing minute physical details of issues: Spiritual principles and norms will find no mention. So much has been said about Sabarimala.

But the question remains: How and why has a temple become a spot of social turmoil? Why is it that people fail to reckon even obvious and familiar truths?

The purpose of religion is to ennoble human beings so that they transcend selfishness and pettiness and live together in harmony and kinship. True religion, or spirituality, is the foremost resource we have for liberating individuals from their narrow-mindedness and aggressive pursuit of self-interest at the cost of social harmony and individual integrity. Yet, popular religiosity of all kinds lends itself increasingly to the very opposite. Why?

It is customary to damn religion per se. This is simplistic, and illogical. If religion or what is assumed to be belief is making human beings behave worse than beasts, it only means that what they practice is not religion, but something else. The danger is that this “something else” resembles religion and, to that extent, disarms discernment at the popular level.

Religion and superstition are mirror images. Superstition can, therefore, pass for religion, especially when the people know only rituals and practices — all priestly inventions — and are ignorant of the ethical and philosophical principles embedded in scriptures. Superstition is to religion what carbon monoxide is to oxygen. Both resemble each other insofar as they are colourless and odourless. But one sustains life, while the other destroys it.

The mayhem unleashed by vested interests in Sabarimala is being legitimised as solidarity with “believers”. To believe, per se, is nothing. I may believe ardently in a set of superstitions. That wouldn’t make me a believer. It would make me only an obscurantist. I may believe passionately that those who practise a religion different to mine are infidels. But that would only make me a bigot. This is because what I believe has no bearing on truth. Belief without truth is not only useless, it is positively dangerous. It is this sort of belief that is being politically promoted today.

While Christianity identifies God with love and Buddhism with compassion, the Vedic faith identifies God with truth. Gandhiji went a step further. He said: “Truth is God.” To compromise truth ever so little in respect of God is to be atheistic. Maintaining the appearance of being a believer doesn’t help.

Superstition is the most dangerous manifestation of untruth in religion. Superstitions are dangerous because they resemble articles of belief. Superstition is, in other words, deceptively religious. It passes for religion, but corrupts the very soul of religion. It stands to reason, therefore, that wherever superstition sways popular religiosity, the “believers” remain woefully vulnerable to manipulation by unscrupulous elements out to exploit people’s religiosity for ulterior motives.

Sabarimala has, over the years, succumbed to an avalanche of superstitions. For illustrative purposes, consider the following. It is ridiculously irrational and superstitious to assume that God, who is omnipresent, is confined to a particular spot. God cannot be partial to Sabarimala or to any mountain. Partiality is a human weakness, and it is scandalous to taint God with it.

Secondly, it is a puerile superstition that God’s celibacy — if there is such a thing at all — can be threatened by women’s biological conditions, when it is God himself who ordained these conditions. Third, it is stupid to think that a tantri, or any priest or pope, has any special equation with God. Most priests, including tantris, are spiritually inferior to ordinary people. If they pretend to be otherwise, they are hypocrites and there is no truth in them. Fourth, it is shameful to spread and sustain the canard that by visiting this temple or that human beings can snatch special favours from God! It is even more superstitious to deceive people into believing that one temple is more potent for this purpose than another

There is nothing in the literature pertaining to Lord Ayyappa that supports the superstitions surrounding Sabarimala. Yet, they flourish, and more and more people are seduced by it. This superstition-driven swelling of misguided masses awakens the covetousness of opportunistic politicians. If the annual attendance at Sabarimala were less than a thousand, no political party would have shown any interest and there would have been peace in the shrine.

The pattern at work here needs to be grasped. Superstition fuels popular fervour. This swells the crowds. Crowds attract politicians like vultures to corpses. Politicians reach these sites because irrational religiosity robs individuals of the capacity to think. These “believers” can, hence, be led by the nose. God is sidelined. Naked commercial and mercenary interests install themselves in the vacuum. Being an unnatural state, this breeds conflicts and upheavals.

True believers suffer. They, unlike those blinded by superstition, are spiritually sensitive. They discern the abomination shrouding the sanctuary of the sacred. They are anguished, whereas the slaves of superstition get possessed by the hysteria of the political drama.

The message emanating from Sabarimala is the need for the society to wake up to the danger of superstition corrupting religion and religion, as a result, becoming a sanctuary of the unscrupulous.

(The writer is a Vedic scholar and social activist)