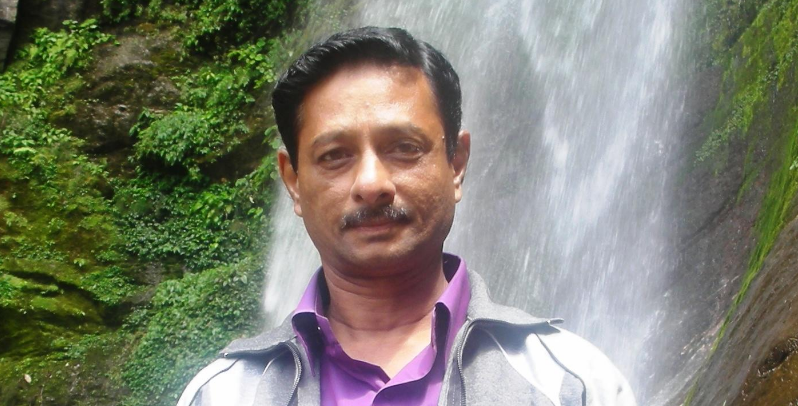 
Chhotebhai must be congratulated at the outset for an excellent and indepth anaylsis of the brass tacks of Indian politics and the position of our Christian Community. He has based his expose mainly on 2001 statistics of the Government of India.  It is in public domain and in all probability authentic.

But why are we so dependent on the Government for statistics on our own community members?  What is CBCI and NISCORT doing in this regard?  Our churches maintain excellent records of birth, marriages and death.  If all these details are put in the form of a family-wise database, authenticated by a joint team of Parish Pastoral Council (PPC) and Parish Finance Committee (PFC) members, we can get various statistics on education, health, housing,income bracket and other details parish-wise and diocese-wise.  The cumulative effect of parish-wise/diocese-wise database will give us the national database.  CBCI other than running a communications institute like NISCORT in the Capital, should use its institutes to help all parishes collate and generate correct data of its Christian population.  In the light of increasing emphasis on the Family whether it is at the Family Synods in Rome or other seminars all over the world (please refer U.S. Catholic May 2016 issue – U.S. Catholic editors sat down with Chicago Archbishop Blase Cupich. One of the things he spoke about was the Chicago archdiocese’s new parental leave policy, which offers 12 weeks of paid leave to employees—male or female—who have recently had a child. I want young people to be a part of the administration in the archdiocese. I want them to be a part of it. Now, people say, “It’s going to cost you $1 million a year.” Yes, that’s fine, but we can spend $1 million in a lot of other ways. We have about 15,000 full- and part-time employees in the archdiocese and the policy applies to about 7,000 employees. If we all work together and we all support each other, we can get it done. The issue is, where are you going to invest? Let’s invest in something beyond maintenance. That’s not a smart way to spend your money. Let’s invest in people. Let’s invest in talent and ways in which people are going to grow).  In view of increasing emphasis on family first, it is high time that CBCI or NISCORT takes up this exercise to build up an authetic  database on our own community and also to counter any wrong information put up in the national/social media – print and electronic. Each parish can be asked to send o CBCI or NISCORT, its data on families at pre-determined intervals, authenticated JOINTLY by PPC and PFC.  This database will also help identify Christian Professionals in various fields who can be utilised on local as well as national basis. They will also help in a great way enrich the Christian Community by sharing their expertise at a reasonable fee.  For all I feel, if we are able  to collect all the data on an all-India basis by the aforesaid method, we might see that our Christian population is more than the  CONSTANT 2.3%!

On Chhotebhai's observation “Here again as against the national average of 38%, Christians are a high at 53%, which goes up to 74%/ 86% in Kerala/ Goa. Does this indicate that the Christians of India lack skills, land and entrepreneurship? Are we a salaried service class, content with working for others? I see this as a major weakness in the Christian community, even in well established societies like Kerala/ Goa. Are we just happy looking for jobs in MNCs/ BPOs/ KPOs etc? While looking for a match for my daughter on shaadi.com it was pretty obvious that all “qualified” Catholic bachelors belonged to the salaried class. I see this as a fault line in the Christian community. The sections of society that have a major impact on public life are the ones involved in agriculture or entrepreneurship. I see this as a major drawback in the demographic profile of the Christians of India.”

It is true as the statistics in Table-D shows that most of the members of the Christian Community are salaried class which I call easy prey.  They are at the mercy of their employers and of banks or lending institutions for EMIs for housing loans, educational loans, etc. – all dependent on their salary.  We hardly think of producing entrepreneurs, businesspersons, or stake holders in real estate business.  Forget the core sector, we do not even have traders. The entire business community, barring a few handful Christians in Mumbai, Goa and Kerala, is dominated by Gujaratis and Marwaris.  Our educational system, even the highly-acclaimed missionary education, is geared to churning out “salaried service class”. There is need for concerted effort towards ownership of enterprises, however small it may be.  Owners are owners, workers are workers however, highly paid they may be. In this connection, I remember a young colleague in my erstwhile management consultancy firm M/s. A.F. Ferguson & Co. (which has now merged with Deloittes). He was from a Marwari family, an MBA.  He had also appeared in IAS exam and after qualifying well in that too, he decided to join IAS.  But yet he said in his community, he would be still looked upon as a “Naukar” (worker) and that if he owned even a small pan-bidi shop, his community would have respected him more.

Chhotebhai like the Bada Bhai is on the dot in having stated that we urgently need to identify TV- friendly spokespersons who are properly briefed, to project the views of the community and its stand on sensitive issues of faith and morals.  He has also hit the nail right on the head by saying “It is almost as though they are looking over their shoulders to receive a “shabaash” from their ecclesiastical masters. Many of them seem ignorant of the Church’s teaching on delicate issues. They are also not camera friendly, so critical in a media driven age. This despite the CBCI running a communications institute like NISCORT in the Capital. It does not seem to have produced a single national level Communicator.”

The reason we do not have such media-savvy spokespersons is because the Church hierarchy wants to keep a tight control on its spokespersons.  Neither it has media-savvy trained priests or nuns nor does it employ or requisition trained laypersons (this includes media exponents like Chhotebhai).  It prefers to carry on with the same hackneyed faces and does not show the urge to train talented laypersons on becoming media-savvy and then work as PROs.  Chhotebhai is absolutely correct whoever faces the TV anchors like Arnab Goswami and others, must be equipped with facts and figures, in order to counter the various myths, disinformation or malicious propaganda that the present political dispensation (fakes and phekus) seem to excel in.

The irony is all the points mentioned by Chhotebhai are covered in the latest Archdiocesan Pastoral Plan of Calcutta Archdiocese, launched in August 2015.  Some points are reproduced below:

• The Plan is God-centred and Asian in values. (Ecclesia in Asia, 29)
• It is aimed to promote the common good. (Communio et Progressio, n. 16)
• It is meant to encourage people-oriented communication. (FABC BM, ’97)
• It  should facilitate communication that empowers people.

•    Identifying and motivating appropriately talented church personnel and training them for communications service: their active participation in the new opportunities created by the social media and information technology makes it easy to share the Good News in an increasingly digital world.

•    Acting as a watchdog on sectarian propaganda and other media issues, to defend and protect the integrity of the Church with suitable responses, and good media documentation.

•    To train our Priests, Religious and lay persons in social communications by:
– Identifying and appointing talented and professional PROs/spokespersons who can network at different levels – deanery/diocesan/regional/national.

•    To encourage adequate media formation of seminarians and their formators, through introduction of a proper media course in the seminary curriculum, including communicative language skills.

•    Training clergy, seminarians, religious and other church personnel in communication skills and media education (e.g. on-camera personality and interaction skills with the Media)
•    Evolving an action plan to manage communications transparently in the event of a crisis(management, aftermath and recovery).

•    Identification and encouragement of creative and talented young Catholics to pursue a career in the media, and directing/assisting them to join short and long term training at institutes like NISCORT in Delhi, Xavier Institute of Communications in Mumbai, Santhome in Chennai, Notre Dame in Patna, St. Xavier’s College and Nitika in Kolkata.

•    Establishing well-trained anti “troll” groups on social news networks and websites to address hate campaigns and propaganda.
•    Having a Documentation Cell for Media advocacy in the archdiocese

All these have been enshrined on the Pastoral Plan paper (wishful shopping list or pious thoughts whatever you may say) without any concerted action plan.

The footnote at the Archdiocesan Pastoral Plan for Social Communications reads: