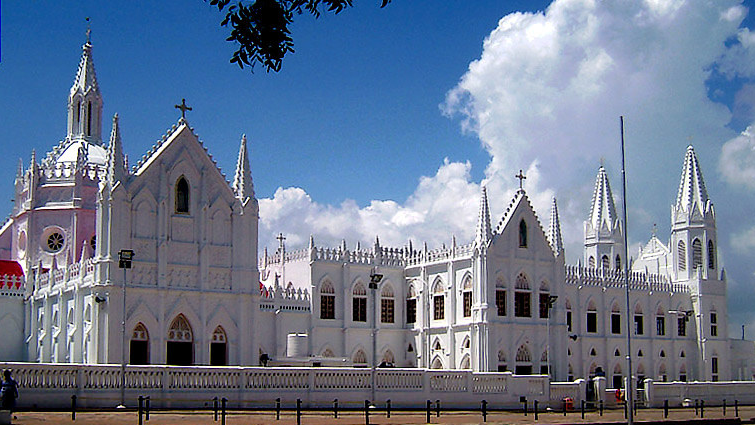 The Christian community needs every single friend it can reach in civil society, and also in other minorities.

Christians in the Bastar region of Chhattisgarh state, or anywhere in neighbouring central India, have not heard of the Syro Malabar Catholic Church based in Kerala, and of its several Bishops. They don’t seem in a hurry to get acquainted.

In fairness, it can be said that most in the wonderful, powerful, rich, and ancient Catholic oriental Rite have also perhaps never heard of these first-generation Christians and the persecution they face almost daily at the hands of non-state actors of the pro-Hindu groups, the state police, and sometimes from the Maoists.

And even if the so-called mainline churches including the Catholics do come across news of religiously targeted violence against Christians in these areas deep in the forests, they would be quick to blame it on their brothers in Christ, holding their evangelization to be too provocative or their theological knowledge too shallow. They have repeatedly done so in the past. 'Love they brother' is often not even a metaphor.

Relations between three Rites of the Catholic Church – Latin, Syro-Malankara and Syro-Malabar – have also never really been the warmest. They had sunk rock bottom before the Pope gave the two Oriental groups independent status and a pan-Indian jurisdiction, overlapping that of the Latin Dioceses.  They are still not fully in a state of equilibrium as several unresolved issues remain.

All three coexist under the umbrella of the Catholic Bishops Conference of India but have separate working apparatuses in critical areas such as laity and gender. In the area of political outreach, the relationship becomes more complex, with the Syrian Church’s focus fixed firmly on home turf Kerala, while the Latin church perforce must take a more nuanced, diplomatic, and subtle attitude.

Inevitably, other major denominations which have very large congregations of socially poor Dalit people, find themselves more in tune with the Latin Church than the oriental denominations. It does not help that the Syro Malabar is the single largest component of the Christian community in India, and is also the richest and politically most influential one.

Many would see it as a Church with attitude and arrogance. Inevitably there would be those who would smirk if not be secretively happy if misfortune befalls it. Which it does, within failing regularity.

The presiding Cardinal faces court on allegations of alienating Church land. At one time, Rome appointed a  senior Bishop to look after his diocese, which comes about as close it ever can to an informal forced vacation. A large section of the clergy had rebelled, many marching on the streets in front of the cardinal’s house.

Various clergy have been accused of sexual misdemeanors, and some charged with rape. Just to clear the fog, the Bishop on trial after he was accused by a nun of raping her was born in this Church but was ordained as a priest of the Latin Rite. The protesting nuns can be said to belong almost all to the Rite.  The other two Rites were grateful their men were not involved in this, albeit police cases of rape were also reported from the Latin rite on several occasions. The Kerala press, and sometimes the national English and Hindi media have lapped up all the scandals.

As they have the latest cloudburst following Palai Bishop Joseph Kallarangatt's address to his community. He said jihadists were trying to sow the seeds of communalism and intolerance in Kerala and forcibly converting people belonging to other religions. The bishop reportedly implied that Muslims were now snaring Christian youth and making them drug addicts.

This feeds into the Islamophobic Love Jihad rhetoric which has been weaponized by the ultra-radical Hindu groups, and its political wing, the Bharatiya Janata party, which controls the national government and runs many states. Almost every one of those states has now enacted anti-conversion laws, which in the past were directed against Christian evangelization, but now specifically punish Muslim men who marry Hindu women. In a coincidence, the term Love Jihad was coined in Kerala earlier this century.

There was no more than a gentle response from the other two Catholic groups to the pastoral address by the bishop. Other denominations within Kerala have been more vocal. The Metropolitan of the Mar Thoma Church has expressed his disapproval of the Palai Bishop’s statement, deriding attempts to aggravate communal divides in Kerala. Metropolitan Yulios Geevarghese of the Malankara Orthodox Church has demanded a public apology from Bishop Kallarangatt.

There is of course no apology, but the diocese and later the Kerala Catholic Bishops Conference sought to soothe nerves saying the bishop was merely cautioning his flock against the dangers of drugs. Drugs are indeed a menace in Kerala, as they are in the rest of the country.

Kerala chief minister Pinarayi Vijayan’s condemning the bishop’s statement was on expected lines. His Marxist party has a grouse with the church going back almost seven decades. Kerala Catholics’ landmark ‘liberation struggle’ brought down the elected communist government in 1959. The bishop’s statement also had political overtones.

The protest march by Muslim groups to the bishop’s headquarters was unusual. Relations between Muslims and Christians have deteriorated sharply in recent years, not that the two were bosom friends in the past. Experts have said relations were peaceful but cold between the two since the Muslims became the major beneficiaries of the workers’ remittances from the oil-rich sheikhdoms on the Gulf.

The state economy, and to that extent, the economy of the communities, depends all too much on these remittances. With wealth comes political clout, and as the Muslims’ clout with the state government grows, the Church’s reach becomes weaker to that extent.

This is a highly competitive political landscape for the two, and no one wants to come second. There have been many skirmishes. The Christians won the last round when they successfully forced the state government to renege on its promise to the Muslim youth of a major chunk of the educational scholarships from the state exchequer. The scholarships will perhaps again be based on their population in the state.

But the furious response from civil society across the country, and in particular from women’s groups, several Jesuits and other sections of clergy, and human rights activists is not based on just one bishop being politically incorrect. They worry about its fall out on the country.

Civil society fears that such statements add to the demonization of Muslims in general and puts their youth in harm’s way. As it is, government agencies are targeting Muslim youth and students, arresting many of them using stringent laws of sedition and waging war.

People's movements that oppose the racist and religion-based polities of Prime Minister Narendra Modi’s government see the Kerala developments as playing into the hands of the Hindutva policies, and polarising society.

The collateral damage is to the secular image of Kerala. But it also chips from the Catholic church’s image in civil society as a bulwark in the struggle for truth, justice, and the rule of law.

As for the Dalits, tribal people and Christians living in small towns and villages outside the state of Kerala, they fear such developments enfeeble the church in India at a time of its greatest crisis.

Persecution,  ever-harsher with new laws against evangelization, has become the order of the day. The systematic impoverishment of the church by punitively restricting western funds has deeply impacted Christian institutions working for the empowerment of the most deprived sections of the country’s population.

The church by itself is incapable of reversing government actions. Court rulings at best can go either way. Political appeasement of the ruling group, even in the short term, is doomed to failure.

The community needs every single friend it can reach in civil society, in other religious minorities, and the vast but silent majority of Hindus.

And that can happen if the community is not seen as subserving the power lust of the Hindu forces and the governments its controls.