India’s space programme is on the right trajectory

(In the pic: Onlookers look at PSLV C-34 rocket as it propels into sky after being launched from the second pad of the Satish Dhawan Space Centre at Sriharikota at 9.25 am on Wednesday. ISRO launched 20 satellites into orbit in one go through its PSLV C-34 rocket (PTI)

(Note: No doubt launching 20 satellites in one go was India’s first attempt and its success ought to be marked as a Historic day for lrejoicing. But India  was not the first to do it. The record of launching  37 satellites in one go is Russia’s in 2014. Perhaps India can overtake that feat at its next launch. But why is many contries  getting  their satellites launched through  India? If about 20 countries have already signed up for launching from India (including the US), it is because launches here are close to 60% cheaper than in other countries. It is here that Modi’s “Make in India” slogan is attracting world attention and are

tempted to outsource their work to India. In the bargain both the countries profit, a job starved India gets good work and cheap labour for those who entrust the work to India. Let this collaboration increase in many more fields, to make India the hub of production like or better than China. james kottoor, editor)

The sky is the limit goes the idiom. But for the Indian Space Research Organisation (Isro), space is the limit. On Wednesday, the organisation successfully launched into orbit 20 satellites, creating a record in the process.

The launch was significant for it shows Isro’s prowess in space programmes and yet again showcases India as a destination for cost-effective satellite launch missions. Of the 20 satellites carried by the PSLV C-34 rocket, India’s 725.5 kgs Cartosat-2 Earth observation satellite was the main payload. The other 19 consisted of two from educational institutions in India, 13 from the US, two from Canada and one each from German and Indonesia.

Twenty satellites is a big number but the record for launching the most number of satellites in a single launch is with Russia, which launched 37 satellites on its Dnepr rocket in 2014 . 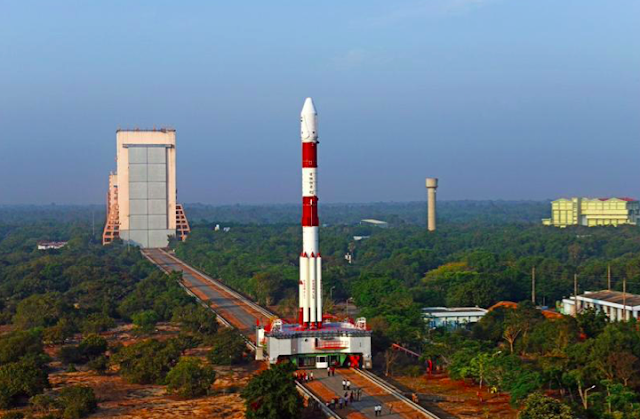 9: 38 am The PSLV rocket, standing 44.4 metre tall and weighing 320 ton tore into the morning skies with a growl breaking free of the earth’s gravitational pull. The 20 satellites weighed 1,288 kg. The rocket’s main cargo is India’s 725.5 kg Cartosat-2 series satellite for earth observation. This satellite is similar to the earlier Cartosat-2, 2A and 2B. The other 19 satellites weighing totally around 560 kg are from US, Canada, Germany and Indonesia as well as one satellite each from Chennai’s Sathyabama University and College of Engineering, Pune

Foreign satellite launches are crucial for Isro because the market is projected to run into billions of dollars by 2017. At the moment India sits on the margins because it has only the Polar Satellite Launch Vehicle (PSLV), which is primarily for low-weight satellites. The combined weight of the 20 satellites on Wednesday’s launch was about 1,288 kg. Isro’s focus should be on GeoSynchronous Satellite Launch Vehicles (GSLVs), which can launch heavier satellites in the range of 5,000 kg. For cost-effective successful launches, Isro needs to further perfect the cryogenic engine technology. Once that is achieved, India can compete with world leaders like the US or Europe.

Since the 1990s India has launched close to 80 satellites, of which more than 50 are foreign ones. If about 20 countries have signed up for launching from India (including the US), it is because launches here are close to 60% cheaper than in other countries. As India shifts from PSLVs to GSLVs with indigenous cryogenic engines — signs are that we will get there soon — Isro will move into the prestigious club of heavy lifters. In that sense, Wednesday’s launch is a sign that India’s space programme is on the right trajectory.