Indians known as Hindus when they go abroad: Mohan Bhagwat 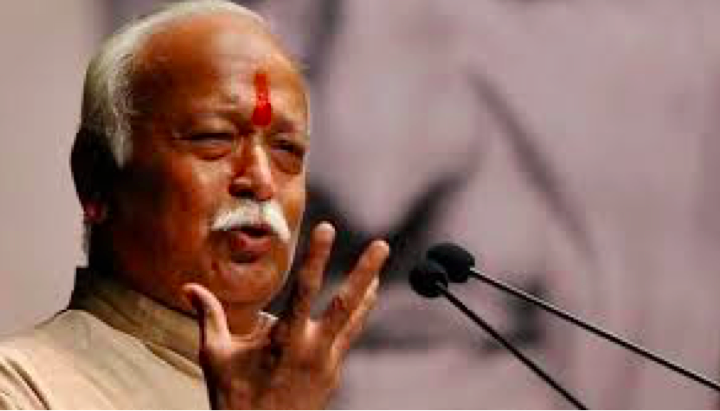 'There is diversity in the country, but when we go out of India, people (there) call us Hindus,' he said.

Mumbai: RSS chief Mohan Bhagwat today said India has accepted diversity and all Indians, when they go abroad, are known as Hindus."We are all Hindus. There is diversity in the country, but when we go out of India, people (there) call us Hindus," he said.

"There is no country in the world today whose basic thinking is that all people are their own. India is the only country which thinks so," Bhagwat said, addressing a public meeting in the tribal Nandurbar district of north Maharashtra. He said India can teach the world how to solve global problems.

"Everything is in our hands," Bhagwat said, speaking at the Satpura Hindu Convention organised by RSS. "The root of our culture lies in valleys, forests and agriculture. Till the time Lord Ram was in the palace at Ayodhya, he did not have the powers to kill Ravana. Ravana was killed with the powers Ram got by wandering around in forests and valleys," Bhagwat said.

Speaking about India's religious diversity, Bhagwat said all religions were accepted here. "To be together, it is not necessary to be alike," the RSS chief said."We are people of a country where we worship God in different forms. A Hindu is one who recognises that God. We have been respecting each other's differences," Bhagwat said.