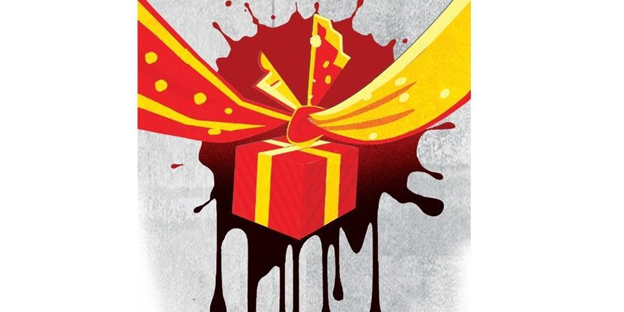 There could be no people on earth who are bigger hypocrites than Indians when it comes to how we treat women.

The obnoxious system of dowry has ruined the lives of many families. (Express Illustrations).

Women in India are both worshiped as “GODESS”  and trampled under foot as worse than slaves or mere ‘Chattel’. This is happening even in the most educated state Kerala, in India! Therefore they are called “HYPOCRITES PAR-EXCELLENCE!

Due to the innumerable number of  day-light murders reported daily(not just physical and mental torture) of newly wed Kerala girls, one is forced to hang his/her head in utter shame. This state of affairs must change FAST! NAY, MUST STOP altogether! Otherwise, KERALA should be renamed as DEVILS’ OWN COUNTRY, not GOD’S OWN Country!

Read also, the opinion of the paper New Indian express: “There could be no people on earth who are bigger hypocrites than Indians when it comes to how we treat women.” Another black stain on Indian cuture is the CASTE SYSTEM, practiced from age-old times, just as WHITE RACIM (White-anglo-saxon-protestants) crushing American nation. Both look beyond repair  or correction!

As a Keralite and Indian, I feel, woefully ashamed, and continue to wonder how I could help contribute to reduce it, as a writer. Earnestly I beg you dear readers to help me,with your practical suggestions.

This article: Menace of dowry is published, as too many dowry harassments, torture and death of poor brides are reported in the State. It’s CM Pinarayi,  also has warned Keralites repeatedly to stop forthwith the present practice of promoting and publicizing the fat sums in kind and cash the Boy tries and succeeds to extract from the girl’s parents.

Young girls —  pretty or not — are not to be treated as merchandise in the market! They are life-partners with equal duties and responsibilitis, jn the basic cell of  “Family” in society, the CM is reminding Keralites constantly.

Female feticide is reported to be the worst result of forced exstraction of dowry from girl’s family in India. Especially the poor in India tremble to think of producing a Girl Child india. So they check in time if any child being conceived, and abort in time any conception found to be female!

Therefore Dowry system practiced is the main reason for the shooting up of Female Feticides in India! Yes, Casteism, Racism, female feticide, gender inequality are all social evils in society all over the world. But DOWRY system practiced in India is the main reason for towering FEMALE FETICIDE in India. So let us fight it with renewed determination. james kottoor(in Chicago) Editor CCV.

There could be no people on earth who are bigger hypocrites than Indians when it comes to how we treat women. We claim to worship women as Devis. Hinduism is perhaps the only religion that has a concept of a woman as the supreme goddess or Parashakti. No country might be celebrating the concept of mother as much as Indians.

We have scriptures, poetry, holy books waxing eloquent about how divine the woman is. Yet, India remains one of the worst countries that a woman can be born in.

We already have the dubious distinction of being the rape capital of the world. India has one of the highest female foeticide incidents in the world. The female child population in the age group of 0-6 years declined from 78.83 million in 2001 to 75.84 million in 2011 and continues to fall.

The undernutrition among the married women stands at 55.3 percent as against 24.2 percent among the married men, showing how well we treat the ‘divine mothers’ in our homes. In the global gender gap index, India ranks 140th among 156 countries. In case someone thinks this is due to the historical legacy of the last 70 years, please know that India slipped 28 places in last year alone. In South Asia, only Pakistan and the war-torn Taliban-infested Afghanistan has a worse index.

In such a country where a girl child is discriminated against from womb onwards and has one of the worst male to female ratio in the world, one would expect a tough competition among men for finding a mate. In 1950, we had 105 males for 100 females. Now we have 108 males for every 100 females. Yet, we find a curious Indian phenomenon. The women need to not just offer themselves to the men in marriage, they need to pay a hefty sum as a fee or rather bribe to be ‘fortunate’ enough to be accepted as a wife. Women might be the only ‘Devis’ who need to pay to enter the ‘worshippers’ household for the privilege of being a life-long slave.

The obnoxious system of dowry has ruined the lives of many families. The female foeticide is directly linked to this ‘cultural practice’ along with the ‘big Indian wedding’ that renders the bride’s family bankrupt. Ardhanarishwara, the God who is one part man and one part woman, Shiva and Sati, is celebrated as the great image of gender equality in our heritage. Yet, there is no equality in the wedding or the married life after that. In most communities in India, with a few honourable exceptions, it is the bride’s family that bears the lion’s share in wedding expenses.

The woman’s life is valued based on the weight of the gold she brings, literally. It is estimated that every day, 20 women die as a result of harassment over dowry. And this is only the reported numbers and many cases go unreported. Some women commit suicide while many are murdered in cold blood so that the husband marry again and make a ‘killer profit’. The law has criminalised dowry since 1961, but no law can stand the power of ‘culture and tradition’.

This malice affects across caste and social status. Educational qualification of neither the husband nor the wife is a guarantee against dowry harassment. Recently, a spate of dowry-related deaths have been reported in Kerala, mostly from the upper echelons of the society. The perpetrators are from highly qualified and affluent families, and the victims are well qualified. If this is the condition of women in a society that was matrilineal a few decades ago and which boasts of high social indices in women empowerment, it is anyone’s guess how it would be in many Indian states that have many social indices worse than that of a war-torn Syria or Sub-Saharan Africa. Uttar Pradesh and Bihar lead the list as per the NCRB report in dowry-related deaths, accounting for nearly 30 percent.

The dowry prohibition act alone is not going to stop this menace. The women alone can stop this. At least, it should start from the English-speaking, educated women who may read this article. No man in the world is worth buying. If a man can value you only by the car, cash, house or gold your father can gift him, that man is not looking for a partner but a cash cow. And he will treat you like a cow—another of female gender that is elevated to the status of goddess.

It is nothing wrong with remaining single if you can’t find a man who values you, or being divorced, than being a slave to such a greedy swine. It is time to tell the ‘Sanskari’ uncles and aunts to stop worshipping women as goddesses. It would be a great step forward if our rotten society starts treating women as humans.