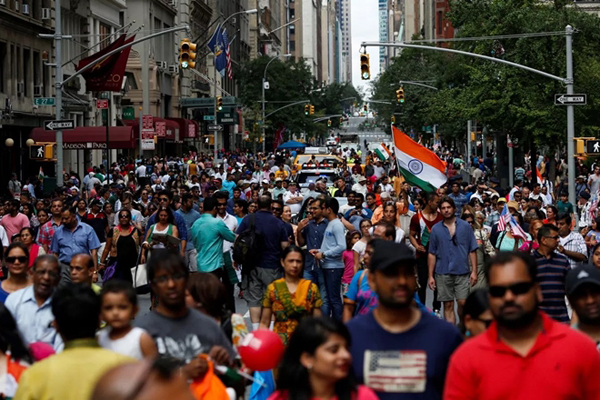 The Trump administration announced last autumn that, as part of a crackdown on H- 1B visas issued for skilled workers to enter the US, it plans to rescind an Obama-era programme that allowed spouses to work. The change, expected in June, would force thousands of mainly Indian women who followed their husbands to the US to give up their jobs — even though many are highly educated workers with soughtafter skills.This crackdown on skilled spouses would force thousands of workers to give up their jobs. 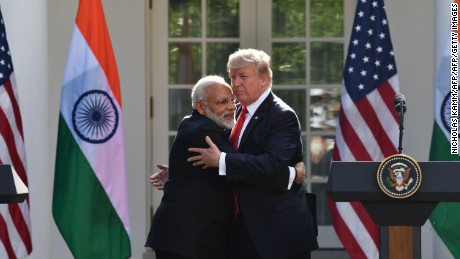 It appears Modi's famous bear-hug on dost Trump has had little effect on the US Policy.  The bonhomie is  only for photo ops. Isaac Gomes, Asso. Editor, Church Citizens' Voice.

MIRIAM JORDAN Livermore, California: For seven years, Deepika Jalakam sat at home. Bored, unfulfilled and dependent on her husband for every dime, she struggled with the notion that her professional life was doomed in the land of opportunity.

So when the employment card arrived in the mail in 2015, Jalakam did what she often does when good fortune comes her way: She placed it before the gods in the Hindu shrine mounted in her kitchen cabinet, blessed it with a dab of red kum kum powder and recited a prayer of gratitude. Within weeks, Jalakam, who has a degree in biotechnology, landed a job as an analyst at an insurance company.

The next year, she and her husband, Vinay Kumar, a software engineer, bought a house. In 2017, the finances of the Indian immigrant couple were secure enough that they decided to have a second child.

All that planning, though, is in jeopardy. Jalakam and thousands of other spouses of skilled workers have been told that their special work permits — authorisation that can mean the difference between struggling and thriving in their adopted homeland — are likely to be revoked.

The Trump administration announced last autumn that, as part of a crackdown on H-1B visas issued for skilled workers to enter the US, it plans to rescind an Obama-era programme that allowed spouses to work.

The change, expected in June, would force thousands of mainly Indian women who followed their husbands to the US to give up their jobs — even though many are highly educated workers with soughtafter skills.

"We were happily working and feeling settled down with the life we wanted. Suddenly, this announcement came and there is instability," said Jalakam, 32, who now finds herself worrying about everything from day-to-day spending to vacation plans.

Across the country, thousands of Indian families are caught in a similar dilemma because of the outsized role that they play in the H-1B visa programme.

The annual visa scramble began this week, with applications delivered by the truckload to government processing centres. The petitions represent tens of thousands of foreigners vying for the opportunity to work in the US for three years or longer.

Many are Indian software engineers and computer programmers recruited by American technology companies that say they cannot find enough talent in this country.

Among the applicants are Indian maths and science teachers headed for rural schools, as well as physicians and other professionals.

But the H-1B programme has spawned controversy.

During his campaign, President Trump invited Americans displaced by H-1B workers to his rallies. Since taking office, he has ordered the programme's overhaul, and his administration has taken steps to tighten scrutiny of applications.

Yet demand for the visas continues unabated. In 2017, for the fifth consecutive year, the federal government was so flooded with petitions it stopped accepting them within a week. This year, officials say they will almost certainly have to resort again to a computer lottery to select 85,000 recipients, the maximum allowed each year. Universities and research organisations are exempt from the cap.

Their success has been a mixed blessing. Tens of thousands of Indians on the temporary visas were later sponsored by their employers to remain permanently in the US, but their families are in limbo, stuck in a ballooning backlog of green cards that are approved but cannot yet be issued.

While skilled workers from most countries receive permanent residency a year or two after applying, Indians must wait a decade or longer because of their large numbers.

The delays have meant that thousands of women, many highly educated, had until recently been forced to stay at home while their husbands worked.

Children must also wait. If their family's green card is not approved before they turn 21, the children are no longer eligible for legal residency as dependents and must leave the country, though they may have spent much of their lives in the US. The much-debated legal protection for so-called Dreamers, the Deferred Action for Childhood Arrivals programme, applies to children who entered the country illegally, not to the offspring of legal immigrants.

The Obama administration attempted a partial fix to the problem in 2015, authorising temporary work permits for spouses of H-1B visa holders who were in the pipeline to get a green card. Under the programme, known as H-4EAD, an estimated 100,000 spouses, overwhelmingly women, have obtained work permits.

"I felt like I was free from a cage to fly in any direction I want," Jalakam said of her work authorisation that year.

Last autumn's announcement that the temporary work programme would soon be scrapped has energised Indian women. Many who had sunk money into property and other investments with earnings from their jobs took to Twitter, using # standwithh4ead and # saveh4ead to raise awareness of their plight.

"We're determined to save our jobs," said Jansi Kumar of Seattle, a founder of a Facebook page started in December, "Save H4EAD", which has attracted nearly 5,000 followers.

In early February, about 500 Indians descended on Capitol Hill to press for a solution to the green card backlog.

On the other hand, a group of information technology workers who claim they lost their jobs to imported workers has filed suit to overturn the spousal work authorisation programme.