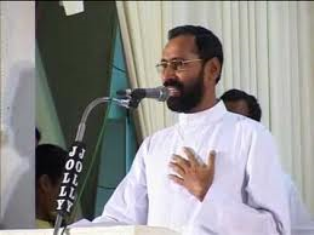 According to Asian Lite newspaper, more than 1,200 patients from the Asian communities in Britain are waiting for a matching kidney donor.

The state-funded National Health Services is spending millions of pounds from their stretched budget to treat these patients through dialysis and medicines on a daily basis. Kidney transplant of these patients will ease the pressure on the cash-strapped NHS.

Sibby Thomas, 47, a volunteer of the organisation Upahaar, which means gift and who hails from Kerala, has already undergone an operation to give one of his kidneys to ailing Risa Mol, 15. Father Davis was present at London’s Guy’s Hospital throughout the five-hour operation to support Sibby and his family, reported zeenews.

The father is prompting more organisations and individuals to join the list. There are nearly 200,000 Keralites living in Britain. Most of them working in the NHS as nurses and doctors.

Father Chiramel, who donated one of his kidneys to a stranger to launch Kidney Federation of India in 2009, has prompted millions to join the organ donation register in his native Kerala. Father Chiramel said Sibby is an example for the community to emulate.

“We need more people like Sibby to spread love and compassion,” Father Chiramel told Asian Lite. “Life is a gift of god and its value increases by sharing with fellow human beings. I believe Upahaar will spread the message of saving and sharing precious life with people in distress.”

The Catholic priest from Kerala will launch a 15-day national campaign under the banner of Upahaar on May 23 at Trafford near Manchester, the birth place of NHS, to promote blood, organ and stem cell donation.

The campaign titled “Gift of Life” will be supported by several prominent figures from the Indian medical fraternity. The campaign will end in London after visiting several cities in the North, Midlands and South.