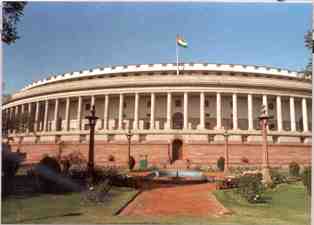 New Delhi: Recent attacks on Catholic churches in the national capital have figured prominently in the two houses of the Indian parliament.

A day earlier, the members in the Lok Sabha (people’s council), the lower house of parliament, expressed serious concern over two incidents of attack on churches in Delhi in the past week. The government assured the houses that it would order a thorough probe in to the incidents.

O’Brien said he was “saddened, horrified and angry” over the arson at St. Sebastian’s Church in Dilshad Garden, east Delhi. He alleged it was part of a large scheme to target Christians at various parts of the country.

The Dilshad Garden incident, he added, was a case of targeted arson. “The timing is important. The incident is not an isolated one. Similar incidents have happened in Madhya Pradesh. Christians are a minority in minorities and they are being targeted,” he bemoaned.

The Trinamool Congress member also said that Home Minister Rajnath Singh should make a statement on it.

The fire gutted the church on December 1 triggering massive protests from Christians all over the country.

The home minister told the Lok Sabha members that maintaining communal harmony was the government’s top priority. “As far as the latest incident is concerned, I would urge the members to provide more information and we will get a thorough investigation done,” Singh assured the House as Congress member Anto Antony raised the issue during Zero Hour.

Singh said he had spoken to the Lieutenant Governor of Delhi immediately after the incident and asked for an immediate investigation into the matter. He also said a Special Investigation Team has been set up to probe the suspected burning down of the Dilshad Garden church. The SIT has been asked to complete its investigation in a time-bound manner.

Antony said a church in Jasola area was attacked December 6, making it the second such attack in less than a week. E Ahamed of the Indian Muslim League too raised the incident in the House as a “very serious matter.”

Some unidentified persons threw stones at Our Lady of Fatima Forane Church Jasola, near Okhla in south Delhi, when some 200 people were attending the evening Mass. A window pane was broken and glasses fell inside the church.

“Had those behind the Dilshad Garden church (incident) been arrested by now, the latest attack (in Jasola) would not have happened,” Antony said.