The Indian miracle-buster stuck in Finland 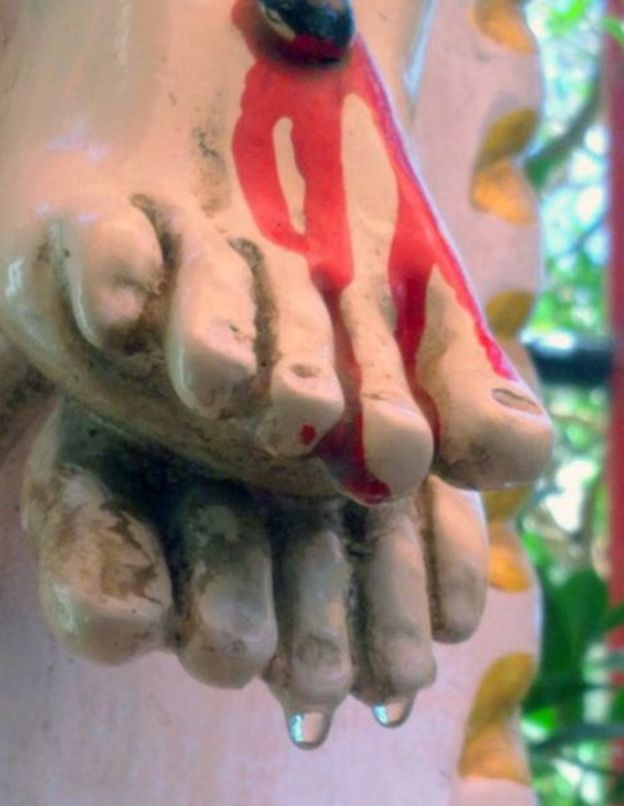 An Indian man who made his name exposing the "miraculous" feats of holy men as tricks has fled the country after being accused of blasphemy. Now in self-imposed exile in Finland, he fears jail – or even assassination – if he returns.

When a Hindu fakir declared on live television that he could kill anybody with tantric chanting, Sanal Edamaruku simply had to take him up on the challenge.

As both were guests in the studio, the fakir was put to the test immediately.

The channel cancelled all subsequent programming and he began chanting on the spot. But as the hours passed a note of desperation crept into his raspy mantras. For his part, Edamaruku, president of the Indian Rationalist Association, showed no sign of discomfort, let alone death. He merely chortled his way through this unconventional (and unsuccessful) attempt on his life.

He has spent his life as a prominent member of India's small band of miracle-busters, men who dedicate their life to traversing the country demystifying certain beliefs.

It's a nation often associated with profound spirituality, but rationalists see their country as a breeding ground for superstition.

In the 1990s Edamaruku visited hundreds of villages replicating the apparently fabulous feats some self-proclaimed holy men became renowned for – the materialisations of watches or "holy" ash – exposing them as mere sleight of hand.
Jump media player
Media player help
Out of media player. Press enter to return or tab to continue.
Media captionSanal Edamaruku shows how to seemingly produce ash from mid-air

As a campaigner determined to drill home his point, sometimes with an air of goading bemusement, he has attracted critics.

He readily admits he took advantage of the explosion in Indian television channels which discovered an audience fascinated with tales of the extraordinary.

"I was campaigning in villages for so long before the television came," he says. "But some people do not like me to be going on television and reaching out to millions of people."

But in 2012, four years after his televised encounter with the fakir, a steady drip of water from the toe of a statue of Christ genuinely did, he believes, put his life in danger.

Immediately hailed as a miracle, hundreds of Catholic devotees and other curious residents flocked to the shrine in a nondescript Mumbai suburb to watch the hypnotic drip. Some even drank the droplets.

Edamaruku was challenged to investigate and so he went to the site with an engineer friend and traced the source of the drip backwards. Moisture on the wall the statue was mounted on seemed to come from an overflowing drain, which was in turn fed by a pipe that issued from a nearby toilet.

The "miracle" was simply bad plumbing, he said.

It was then that the situation turned ugly. He presented his case in a febrile live television debate with representatives of Catholic lobby groups, while outside the studio a threatening crowd bearing sticks had gathered. He claims they were hired thugs.

For some Catholics the veracity of the miracle is no longer the point. Edamaruku, they say, insulted the Catholic church, by alleging the church manufactured the miracle to make money, by claiming the church was anti-science and even casting doubt over the miracle that ensured Mother Theresa's sainthood.

In the following weeks, three police stations in Mumbai took up blasphemy cases filed against him by Catholic groups under the notorious Section 295a of India's colonial-era penal code.

Section 295a was enacted in 1927 to curb hate speech in a restless colony bristling with religious and communal tensions. It makes "deliberate and malicious" speech insulting to religion punishable with up to three years in prison and a fine. However, some say it is frequently abused to suppress free speech.

"Under this law a policeman can simply arrest me even though there has been no investigation… they can just arrest me without a warrant and keep me in prison for a long time… That risk I do not want to take," says Edamaruku.
India's 'blasphemy' law

"Whoever, with deliberate and malicious intention of outraging the religious feelings of any class of [citizens of India]… shall be punished with imprisonment of either description for a term which may extend to [three years], or with fine, or with both."

1957: Ramji Lal Modi published a cartoon and article deemed offensive to Muslims – he was fined and imprisoned for 12 months
1996: Artist MF Husain faced a prolonged legal campaign over his images of Hindu figures – higher courts dismissed most cases but as more were registered he took Qatari citizenship
2008: IT worker Lakshmana Kailash spent 50 days in jail after being arrested on suspicion of posting offensive images online – police had mistakenly identified him and he was released
2013: Writer Yogesh Master was arrested over his book about the Hindu god Ganesh and got bail a day later

He applied for anticipatory bail, which would prevent police taking him into custody before any investigation – but this was rejected. At the same time, he says, he was getting threatening phone calls from policemen proclaiming their intention to arrest him and telling him that unless he apologised the complaint would never be withdrawn.

Threatening comments were posted on an online forum, he says, and contacts in Mumbai told him they had heard talk of somebody being hired to beat him in jail. Catholic groups say they aren't behind any threats Mr Edamaruku may have received.

He decided to leave early for a European lecture tour. Finland was the first country to give him a visa and he had friends on the Finnish humanist scene willing to help.

He arrived in Helsinki on a summer afternoon two years ago, the endless hours of sunlight saturating both day and night. He thought he would only stay for a couple of weeks until the furore he left behind in India had died down.

But the furore has not died down – the Catholic Secular Forum (CSF), one of the groups that made the initial complaint, still insists it will press for prosecution should he ever return.

Two years on, he is angry, bitter and defiant. Living in a small flat on the eastern edge of Helsinki, he has forced himself to adjust to an alien landscape. After the crowded hustle of Delhi, more than 3,000 miles away, he can now walk mile upon lonely mile without seeing a single person.

"I miss a lot of people… That I cannot meet them is something that saddens me," he says.

Since he left India, his daughter has had a child, and his mother has died.

He conducts board meetings of the Indian Rationalist Association by Skype and every morning colleagues update him on the latest tales of the supernatural and fraudulent holy men. He plots their downfall. This routine is crucial to him.
Image caption The statue is still in the same place

Cardinal Oswald Gracias of Mumbai tried to broker a solution by calling upon Edamaruku to apologise and on Catholic groups to drop their case in return.

But Edamaruku staunchly refuses to compromise on what he sees as his freedom of expression.

"I don't regret anything I said," he says. "I feel that I have full right to express my views… I am open for discussion and correction but I am not willing to accept anybody's bullying, change my views or submit to their pressure to apologise."

Some legal analysts think he could risk returning. The courts recognise that Section 295a is regularly misused, they point out. Writers, activists and others have been arrested and imprisoned even before charge – but most were released on bail.

But Edamaruku fears for his safety, pointing to the fate of his friend, anti-black-magic campaigner Narendra Dabholkar.

"Narendra Dabholkar… suggested that if I come to Mumbai he and his friends would be able to protect me. I was considering his proposal," Edamaruku recalls, referring to a conversation last summer.

But four days later he was murdered, a crime which many believe was linked to his campaign against magic.

So Edamaruku spends his time trudging the arresting, bleak forests of Helsinki, sometimes remembering his unconventional childhood in Kerala. His father, born a Christian, grew up to become a rebel who was excommunicated. His mother gave birth to him in the pouring rain having fled her in-laws' Christian home because they pressured her to convert. But the family always managed to reconcile its differences. The bishops and Hindu priests among his relatives could be found sitting around one dinner table laughing at their own beliefs.
Image caption Sanal Edamaruku (back row, second from left) with his family

He insists he has no regrets.

"I would do it again. Because any miracle which has enormous clout at one moment, is simply gone once explained. It's like a bubble. You prick it and it is finished."

The statue still stands in that sleepy suburb of Mumbai, but it no longer drips.

Subscribe to the BBC News Magazine's email newsletter to get articles sent to your inbox.