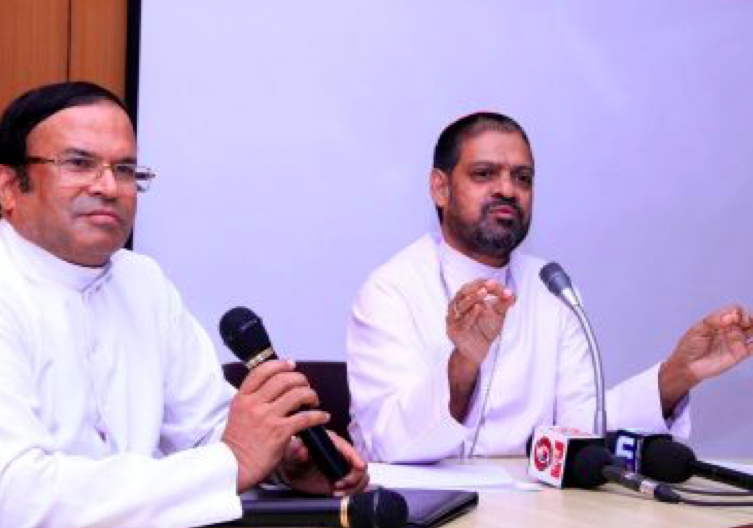 (Note:  In a multicultural society like India with so many languages, religions and enthic groups, education imparted cannot be unicultural or unidimensional. The Catholic church has been in the forefront in imparting education to the illiterates for a long time. Now with its experience of running more than  25,000 educational institutions in the country the Government must take special note of its suggestions. The core principle of education is readiness to learn from every one. Each one teach one and every one learn from his/her neighbor should be the basic principle. Going by the will of the majority is basic to democracy but it should not mean “majoritarianism” which is ignoring the legitimate inputs of minorities and enlightened individuals. The a three-member team  which prepared the 11-page response to Government’s  draft policy is based on  inputs from 171 Catholic dioceses in India. That shows so many minds were at work to give constructive suggestions. So it is hoped these

suggestions receive the respect they deserve. The Government should respect  the rights of minority institutions to appoint staff of its own. Equally these institutions make doubly sure that this right is not misused to extort capitation fees to mint money, a complaint often leveled against minority institutions. james kottoor, editor)

New Delhi: The Catholic Bishops’ Conference of India (CBCI) wants a more inclusive national policy on education to safeguard the country’s diversity and the basic structure of the Constitution.

The apex body of the Catholic Church in India says the draft National Education Policy of 2016 “contradicts the country’s pluralism of religion, culture, language, traditions and behavioral pattern and tries to impose “uni-culture and uni-dimensional history and tradition.”

Presenting a “detailed analysis” of the draft policy at a press conference in New Delhi on August 19, the bishops regret that it fails to recognize the Catholic Church’s “pioneering work” in education through its more than 25,000 educational institutions spread that impart “quality education” to all sections of society throughout the country.

The bishops’ conference disapproves attempts to project Vedic system and Gurukul system of education as models for the new education policy. “It goes against the diversity of our national fabric and the basic structure of the Constitution.” To rectify this, the bishops urge the government to make the draft policy more inclusive.

While endorsing the need to uphold the importance of Indian history, culture, heritage, and indigenous values, the bishops stress the need to broaden the term” Indian” to include the diversity of Indian cultures “and not refer to only one strand, even if majoritarian.”

The bishops also want “radical overhauling” of the country’s aid system to address “the diversity of contexts.” The present system, they allege, “varies from state to state and is plagued with too many constraints.”

The bishops’ conference, however, commended the draft policy’s stress to make education qualitative, equitable and value-based and call to allocate 6 percent of the Gross Domestic Product for education.

While welcoming the move to set up an independent teacher recruitment board for government schools, the Church body says the policy should not interfere with the rights of minority to appoint staff of its educational institutions.

The CBCI also welcomed the move to give more autonomy and benefits to heads of schools, introduction of pre-school education in government schools to inculcate learning habits in young children.

The policy’s special attention and concession to promote education in rural and tribal areas, extension of midday meal facility up to twelfth grade and scrapping of migration certificate also found the CBCI approval. It also welcomed the plan to introduce training staff to protect children’s rights and launch adolescent education in schools.

The Church body wants to limit the no detention policy to the third grade to prepare students for smoother transition to the middle school. At the same, it wants the policy to take steps to prevent dropouts.

The bishops recommend setting up a national commission comprising eminent persons, mostly academicians, to ensure the implementation of the new policy on a time-bound manner. The commission should prepare an annual evaluation report with suggestions for improvement.

The Church response was prepared by Bishop Joshua Mar Ignathios, chairperson of the CBCI Office for Education and Culture and Salesian Father Joseph Manipadam, secretary, along with Bishop Mascarenhas.