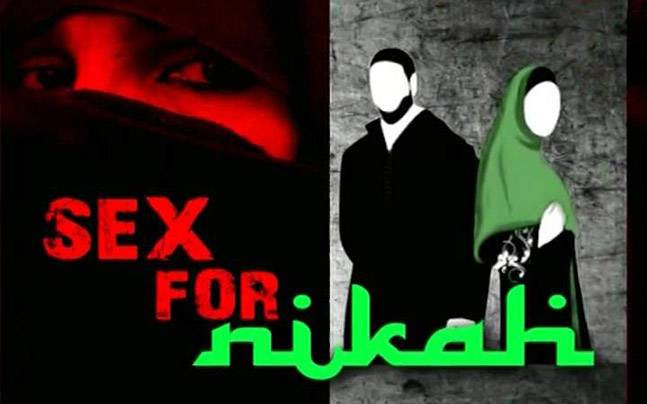 Readers will recall yesterday's report on the path-breaking India Today investigation that lifted the veil off Nikah Halala, a barbaric infernal practice that requires a divorced Muslim woman to sleep with a stranger in order for her to return to her husband who has given her Talaq. The expose showed Muslim clerics (who were captured on camera by journalists) agreeing to marry, consummate a marriage and then issue a talaq on the same night – all for a price ranging between Rs 20,000 and Rs 1,50,000.

The expose made massive impact with even the government taking note. Meanwhile, the stung clerics have gone into hiding understandably not without abetment by their friends in this booming trade.  Not surprisingly community elders put on a mask to disown maulvis and scholars caught on tape striking deals to participate in the insidious practice.

Voices on India Today's channel are asking loud why the exposed Muslim clerics still continue to hold their posts and why there has been no condemnation of the practice by progressive Muslims.

"What we saw is not Islamic at all. Why are the progressive and even regular Muslims quiet? Something is being carried out in the name of religion and it is totally un-Quaranic, unconstitutional and also inhuman. But people are just quiet. Such is the vote bank politics of this country that people would rather have minority appeasement than speak up for what is right and speak for reforms within the community," said BJP leader Shazia Ilmi.  The question is how soon the Community will reform by itself. Or will it go on the predicted lines and raise a hue and cry over infringement on Minority Rights?  Isaac Gomes, Church Citizens' Voice.

Community elders sought to disown maulvis and scholars caught on tape striking deals to participate in the insidious practice that requires a divorced Muslim woman to sleep with a stranger in order for her to return to her husband.

Villagers at Bulandshahr's Til Gaon expressed anguish over the conduct of a local imam, Zahir-ul-lah of Mewatian Masjid, who had introduced India Today's undercover reporters with an aged man for nikah halala. Many of them agreed the cleric has undermined Islam.

Zahir-ul-lah, according to the villagers, went into hiding after India Today broadcast its investigation on Wednesday. Greed, they alleged, had probably driven the imam to broker nikah-halala deals.

His wife Afroza also disagreed with her husband's advocacy of nikah halala, but denied knowing he officiated one-night stands as an imam.

Zahir-ul-lah, who appeared Thursday, claimed innocence. "I didn't know they were reporters. I never said I would broker nikah halala," he insisted. "I was only explaining the process of nikah halala."

"We'll see to it. We have the men. It will be done through them. If you don't trust them, I am always available for it," Zahid was heard promising to the undercover reporters. He quoted a bill of Rs 1 lakh-Rs 1.5 lakh for participating in a temporary marriage for sex.

According to his wife, Hasina, Zahid had left home at 5 am on Thursday. Hasina claimed she never heard her husband took part in nikah halala before.

Mohammad Mustaquim was not found at his Darul Uloom Mahmoodia Madrasa in Delhi on Thursday. Educated in Islamic studies, Mustaquim had been caught on camera willing to do what he had done several times before — sleeping with divorced women to consummate nikah halala.

In his comments, Zubair Qasmi, a Delhi-based maulana married with two wives, flatly denied demanding money for sex as part of nikah halala.

Meantime, P.P. Chaudhary, union minister of state for law and justice, said any custom that violates gender equality and fundamental rights is itself violative of the constitution.

Noorjehan Safia Niaz, founder of the Bharatiya Muslim Mahila Andolan, underscored the need for the community to raise its voice against nikah halala. She also called for legal measures to abolish the practice.

With inputs from Poulomi Saha 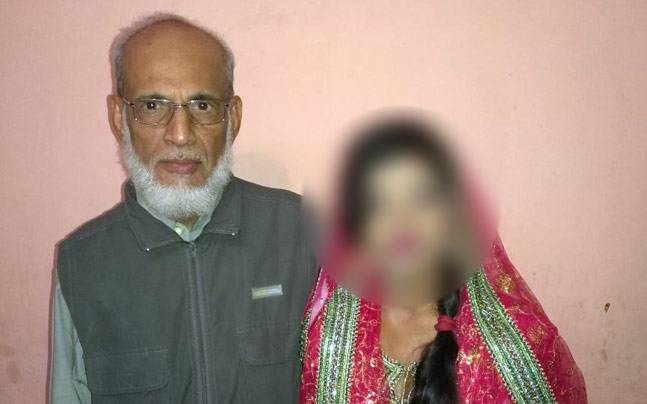 In a shocking incident, a minor from Hyderabad has been married off to an elderly Sheikh based in Oman for a payment of Rs 5 lakh. Her family on Wednesday approached the Falaknuma Additional Commissioner of Police and filed a complaint, alleging that the 16-year-old had been fraudulently married off by her sister-in-law and her husband to Ahmed, a 65-year-old Omani national. The mother added that without her knowledge, they performed her daughter's nikaah (marriage) with the elderly sheikh at a hotel in Barkas area of Hyderabad Old City before this Ramzan.

The teenager's parents have been pleading the authorities to help them bring the girl back from Muscat, where she was taken after marriage.

The nexus of contractual marriages mainly of minor girls from poor families to Arab Sheikhs by Qazis or distant relatives is rampant. These sheikhs come to the city to find 'suitable' brides after paying amounts ranging from Rs 10,000 to lakhs of rupees.

Following the report, Union Minister for Women and Child Development Maneka Gandhi took cognisance of the incident.  The Minister has written to  External Affairs Minister Sushma Swaraj, seeking her intervention to bring the minor back to India safe.  The question is by now will the 16-year-old girl be safe?