India Has To Be Bigger Than The Ego Of One Leader 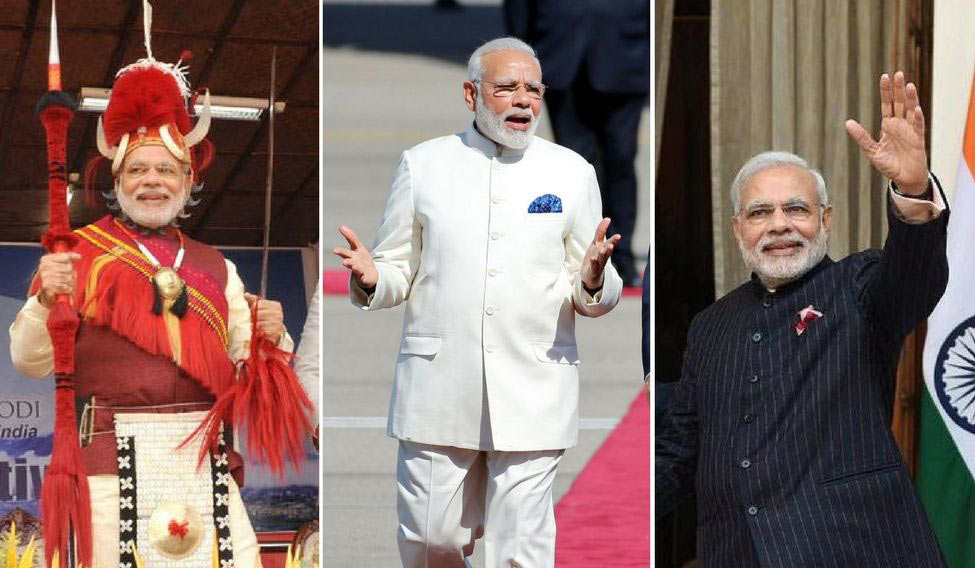 Note: The report below which appeared in NDTV has been suggested by Mr Varghese Pamplanil, the erudite thinker and writer of Church Citizens' Voice.

Prime Minister Modi has completed seven years in office. Whether history will judge him harshly or kindly, only the future will tell. As of now, it seems he is facing the toughest challenge of his career. The last few months have robbed him of the aura that he carried. His government is busy in serious damage control, trying to salvage the image and prestige of the government. Now the entire Hindutva Family has been asked to pitch in. No wonder the second-in-command in RSS, Dattatreya Hosabale, is running from pillar to post, trying to infuse some confidence in the entire organisation which was found majorly wanting during the second wave of Corona.

Over the years as Prime Minister, Modi has very assiduously built his image as that of an elder statesman who is a cut above the rest and wishes to make India great again. He presented as that once-in-a-lifetime politician who does not hesitate to take tough decisions. Demonetisation and the abrogation of Article 370 have been showcased as proof of this even demonetisation ruined a flourishing economy and the decision on Kashmir has had major foreign policy repercussions. The Chinese transgression in Ladakh has also been linked with the abrogation of Article 370. But the government has not once acknowledged that both these decisions may not have been sound.

There was resentment over the Modi Government's enactment of Citizenship Amendment Act (CAA) and three new farm laws. Anti-CAA protesters and farmers hit the streets, but the government and the BJP welcomed them with tags of anti-nationals and traitors, and accused them of working at the behest of foreign powers to tarnish the image of India and of Modi. Now, too, image management is the priority when Covid-19 has created mayhem in every family, every individual is scared to death, people are losing their loved ones due to a lack of oxygen, hospital beds and medicines, thousands of unknown dead bodies are floating in the Ganges. The burden of all this has been shifted to state governments; opposition leaders and parties are being blamed for the monumental mismanagement.

To define the government's behaviour as arrogant and narcissistic is too simplistic an argument. To err is human. But in crisis after crisis, to portray oneself as not having made a single misstep, suggesting invincibility and perfect judgement, despite evidence to the contrary, requires deeper psychoanalysis. Modi is not the first Indian leader who is immensely popular with the masses. He is not the only one who has attained cult status among his followers. Jawaharlal Nehru and Indira Gandhi, especially after the 1971 war, were more popular than Modi. Rajiv Gandhi, V.P. Singh, Atal Bihari Vajpayee were hugely popular too. But none of these leaders projected themselves as infallible. They had the humility to accept others' feedback and suggestions; opposition leaders and critics were not treated like enemies.

In the context of his immense popularity and magnetic connect with the people, Nehru whose memory the present government wants to erase permanently, wrote an article under the pseudonym Chanakya, which was published in 1937. He wrote, "A little twist and Jawaharlal might turn into a dictator sweeping aside the paraphernalia of a slow-moving democracy." He further wrote, "He (Nehru) must think that he is indispensable, and no man must be allowed to think so." The same Nehru, upon becoming Prime Minister, had in his cabinet his harshest critics and opponents like the Hindu Mahasabha's Shyama Prasad Mukherji and Babasaheb Ambedkar. Within the Congress party, he had major differences with Sardar Patel, Rajendra Prasad and many other stalwarts, but he always tried to build consensus. He wrote letters to Chief Ministers to convince them about his views.

Today, the same is unthinkable. In the last seven years, no cabinet member, or representative of the BJP, RSS and its affiliate organisations has had the courage to claim differences with the Prime Minister. All of them have been reduced to 'yes men'. The cabinet system has collapsed; there is hardly any discussion on important subjects; ministers are supposed to sign on the dotted lines and speak as directed. Parliamentary committees have become irrelevant. The Opposition is treated with disdain.

The treatment of state governments is also no different. If one is not aligned with the thought process of the centre, central agencies are unleashed. The Centre-State relationship is feeling an unprecedented strain. West Bengal is the classic case. Mamata Banerjee and her party are paying the price for emerging successful in the recent election. Similar heat was felt by Arvind Kejriwal, Pinarayi Vijayan, V Narayanaswamy and Uddhav Thackeray. In Karnataka, Madhya Pradesh, Uttarakhand and Arunachal Pradesh, Opposition governments were toppled in broad daylight. The Rajasthan government managed to somehow survive.

Other than the terrifying communal polarisation and the unprecedented Hindu-Muslim divide, today the relationship between the Centre and states poses the biggest threat to the integrity of the nation. The more the central government tries to impose a majoritarian ideology on the states, the more regional identities will feel threatened. The more they feel threatened, the more they will move away from the centre. In recent elections in West Bengal, Bengali nationalism reacted with a vengeance. Tamil nationalism is equally vehement in its opposition to the brazenness of Hindutva. Sikh leaders are very upset with the way farmers are being treated.

The attempt to assimilate diversity into one will prove counter-productive. But the BJP, led by Modi and Shah, does not believe in the politics of adjustment and accommodation. The party is entitled to have a pathological hatred towards its Opponents, but it must then weigh the costs. Let's not forget that India is bigger than the ego of a leader; the nation's utopia is larger than the dream of a Hindu Rashtra.