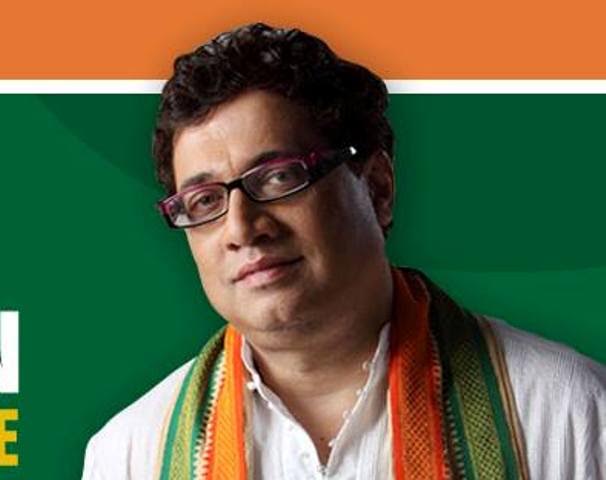 In 2014, BJP came to power promising 10 million new jobs a year. In 2019, it will be tested against this promise and the degree to which it has fulfilled it. With the median age of the Indian population at 28 years old, it is the jobs issue that will define the  nature of the mandate in 2019. How successful has the Modi government been on the jobs front?

Note: Democracy is a talking shop. Political leaders do and should engage people constantly with the gift of their gab suggesting working ways and means to overcome their everyday troubles and tragedies. Obama did it best in this art saying “we can over come!” for example the racial problems and he did succeed to do much In this direction.

Similarly Modi too came promising “Acche Din”, promising to put Rs. 15 lakhs in every account in the first year from the black money stashed abroad; to reducing oil prices to  Rs.50 per litre; to give millions of jobs for the youth coming out of colleges and many more, too long to recount here. But how many are the fulfilled promises?

Derek O'Brien a Catholic MP from the Trinamool Congress of Mamata Banerjee takes on Modi on the promises he made to provide jobs for the youth of India. Youth who are around 25 years make up the vast majority of the Indian population. He had promised 10 million jobs a year for this aspiring youth, but O'Brien points out, Modi is now claiming that he succeeded in doing this.  But actually he is feeding the country with “fake news” which he exposes one by one.

There is a saying in Malayalam: “Ana koduthalum Asha kodukkaruthu” (You may even gift an elephant, but never feed people with promises impossible to fulfill). In the article below O'Brien exposes how hollow his promises are on the job  front. You can fool some people, some time, somewhere, somehow, but not all people all the time and every where, is the lesson. Read the article below to separate fact from fiction. james kottoor, editor ccv.

The government claims it has done a lot. So let us examine its claims – its fake news, in my opinion – and test these against facts. The NDA government quotes reports by business associations and consultancies to emphasise that 14 million jobs have been created between 2014 and 2017 in four key sectors – IT-BPM, retail, textiles and automobiles. A BJP spokesperson has also asserted that the travel and tourism sector is growing at 16% annually and adding three to four million jobs each year.

I decided to dig deeper, startled by these claims.  I discovered the government’s claims to be completely bogus. For a start, out of the 14 million jobs “created”, the number for two out of the four key industries is actually a projection made by the National Skill Development Corporation in 2015. A projection – a prediction, a speculative number; not reality and not backed by any evidence of actually having happened.

What about tourism? Foreign tourist arrivals are growing at 16% a year, but tourism as an industry is growing at 7%. These numbers are not the same. And as per the World Travel and Tourism Council, the number of jobs directly created by the tourism sector in 2017 was half a million – not three to four million, as insisted upon by ministers.

Fake news has been matched by fake interpretation of numbers. Both the prime minister and finance minister have cited increased Employee Provident Fund (EPF) registrations as evidence of job creation. They have argued that seven million jobs were created in the organised sector in 2017-18. This is a seriously slippery contention. Does the creation of an EPF account mean the creation of a job?

The fact is that after demonetisation and GST, there has been large-scale formalisation in our job markets. This has led to the creation of EPF accounts by those who are now being paid by direct debit or by cheque but were earlier paid in cash. This is not the same as job creation.

And of course one cannot and must not conclude that GST and demonetisation had only positive consequences. Both came at the cost of huge job losses, particularly in the unorganised sector and, in the case of the flawed GST rollout, in manufacturing and services as well.

These two macroeconomic shocks that disrupted our economy for the worse have been the focal point of any debate on the economy for a long time now. At the same time, we have not seen any long-sighted policy response to unemployment from the Centre. The ministry of labour and employment has said that there had been no targets fixed by the government to create jobs in the previous or current financial year. What was that “10 million jobs a year” promise then – a specific target or just a clever line?

The government and BJP have often harped on the need for entrepreneurship. Much has been made of the Mudra scheme and its role in creating self-employment and job opportunities. They have pointed to how new entrepreneurs have taken loans and then hired at least one person for new enterprises. Is this correct?

In theory it sounds believable. In practice, the average Mudra loan is Rs 44,000 (2016-17). Many such loans have gone to entrepreneurs who already had a small business and were looking for extra, top-up capital. An incremental loan of Rs 44,000 is hardly enough to create jobs and make the Mudra loan takers big employers. But tell that to the government.

Beyond these fantasy numbers, the job situation is truly scary. According to the Centre for Monitoring Indian Economy (CMIE), in February 2018, 31 million people in India were seeking jobs but not finding them. This is the highest such number since October 2016. In Parliament, the ministry was asked about the job situation. In response to the question, the minister cited a recent International Labour Organisation report. And told us that the number of unemployed persons is expected to rise from 18.3 million in 2017 to 18.6 million in 2018 to 18.9 million in 2019!

Far from improving, the job crisis has worsened in the four years of Modi raj. Earlier this year, 18 posts for peons in the Rajasthan state secretariat in Jaipur were advertised. There were 12,453 applicants, including 129 engineers. In the time of Start-Up India and Make in India, even engineers are so desperate for employment that they are ready to serve as peons.

The tragedy is there are clear vacancies in the government and government institutions themselves. But the BJP-led government has not shown the capacity and resolve to fill these vacancies. As a result, 50% of posts in central universities are unfilled; one of three faculty positions in IITs is unfilled; 20% of sanctioned posts for IPS officers are unfilled; one of eight pilot positions in the Air Force is unfilled …What could be a greater indictment of the BJP years?

(DISCLAIMER : Views expressed above are the author's own.)