India of your dreams, this? Intolerance the new Normal? 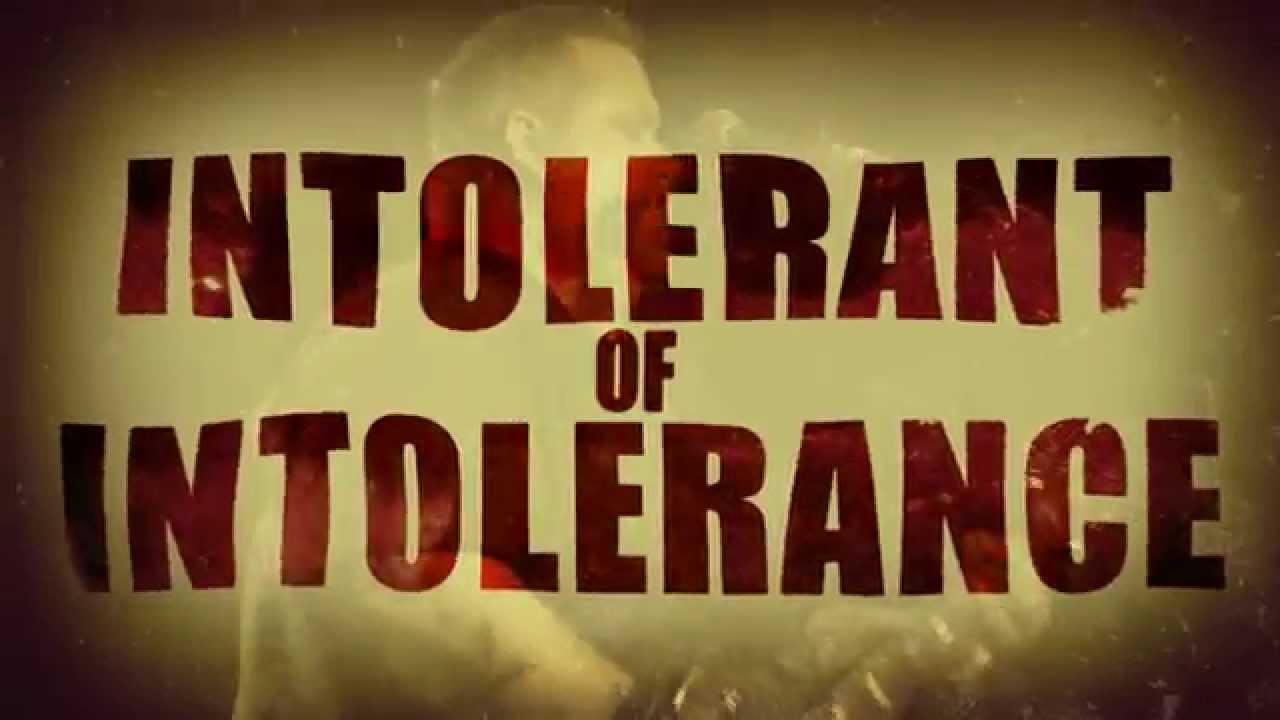 All of us have dreams about our home land. Home is a place we feel comfortable and at ease with all around. What dreams did you have about your country as a youngster? Compare it  with what you experience today.

Writing in the Indian Express: “Across the Aisle: Second -class citizens?”(See article below) Congress leader P. Chidambaram recollects his school and college days and says what were all too normal then have become quite abnormal now.

This scribe also has a similar feeling. Running back through the corridors time and looking around as a teenager  some 70 years ago, it was a happy go lucky world of unity and diversity for me. The atmosphere of those good old days loudly proclaimed: “Together we are a mighty ocean, separately just a drop only, worthless, helpless.”

In spite of all differences of class, caste, creed, colour and community there was perfect  understanding  for unity and collaboration in all fields. In those days we pulled together joyfully and enthusiastically for everybody’s benefit.

In the little country side where I lived, there was an ancient Nmbudiri family on right border  of our compound; in front paddy fields, homes of Nair families, homes of the rich or  the working class  like Pulayas,  Parayas, toddy tappers, small fenced-in  open temples with a small pond for  bathing before morning worship but all in dire need of each other and supporting one another.

The temple pujari or his wife even used to send  offerings occasionally to our church. Nay the divines worshiped in Hindu Temples and  other Christian Churches were thought to be brothers who come to each others help especially in festive occasions. That was the kind of  religious collaboration and bonhomie  that existed without a trace of conflict on matters religious.  Least of all no one thought of being a second class citizen because of one’s class, caste or religion.

In contrast what is happening today  to respectable  harmless religious persons like Archbishops of Delhi or of Gandhinagar, Gujarat? They are  drawn into political controversy for doing what they are supposed to do – pray and help other pray — in their respective fields. And  reputable persons like Julio Ribeiro, an IPS Padmbhooshan awardee and a Chidambaram  are forced to intervene on their behalf.

The important question is what Chidambaram raises in his article: “What have we done to this country and to ourselves that more and more people — Muslims, Christians, Dalits, tribals — are beginning to think that they have become second-class citizens?” It came out from the pen of Ribeiro himself for which we all feel very sorry for him.This is the third piece we are writing on an exhortation to pray which is blown up as a big political issue in a so-called religious country.

Modi man of many parts

From the moment Narendra Modi got elected four years ago CCV gave him a lot of well deserving credits for being a 24-hour ‘work-holic’ unlike anyone before, a PM speaking and acting and connecting with the people all the time especially through his Man-ki-bath talking straight to people as a concerned leader should to win their confidence.

He made democracy a talking shop in total opposition  to “Mummohan singh” and  succeeded to hold  high the name of India among the comity of nations through his constant foreign diplomatic trips. Besides he is to be both admired and imitated in the effective use of Social media and advertising techniques during election time anywhere in the country. In this area both the “Mother and Son” (that alone is Congress party) and it has become a far cry, no match at all to BJP.

But the contrast shows up shark and sharp when one is forced to compare Modi regeme with that of Vajpai the statesman. So the issue is not with BJP as a party but with those who are in the drivers’ seat in Delhi. This is the third piece we write on Archbishop Couto’s innocuous Tagore like prayer for the country. All the time we were forced to recall fondly the memory of Vajpai. Why?

All of this forced Ribeiro to break out into an  anguished cry that “If that happens this land of mine will be nothing less than a saffron Pakistan”. We can only hope and pray that our PM Modi will not allow  such a catastrophe to fall on our motherland Bharath.  james kottoor, editor ccv.

Across the Aisle: Second-class citizens? 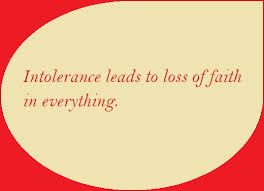 The unwarranted attack on the Archbishop moved Mr Ribeiro to write an essay for a newspaper. Archbishop Couto and Mr Julio Ribeiro IPS (Retd) took different paths in their lives. One embraced priesthood, the other became a policeman.

Archbishop Couto holds an important office in the Catholic diocese of Delhi. Mr Ribeiro has long since retired but is a hero in Mumbai and among police officers. What brought the two into focus at the same time was the letter written by the Archbishop to the parish priests on May 8, 2018, and the essay written by Mr Ribeiro in a major newspaper on May 28, 2018.

The Archbishop’s letter was apolitical and an appeal for prayer for the country that was “witnessing a turbulent political atmosphere which poses a threat to the democratic principles enshrined in our Constitution and the secular fabric of our nation”. He said “…let us begin a Prayer Campaign for our country from May 13, 2018…” He asked the priests to observe a day of fast every Friday and offer penance. It was in the best Christian tradition.

It was a call to prayer, but some wise men and women took it as a call to insurrection. Ms Shaina NC, spokesperson of the BJP, said, “Wrong to try and instigate castes/communities. You can tell them to vote for the right candidate/party but to suggest to vote for one party and not another and term yourself as secular vs pseudo-secular is unfortunate.” Minister Giriraj Singh weighed in with his deep knowledge of physics and said, “Every action has a reaction. I won’t take a step that disrupts communal harmony. But if Church asks people to pray so that the Modi government isn’t formed, the country will have to think that people from other religions will do kirtan pooja.” Archbishop Couto had said nothing of the kind attributed to him, yet the BJP’s trolls launched a vitriolic attack through the social media.

The unwarranted attack on the Archbishop moved Mr Ribeiro to write an essay for a newspaper. He did not mince his words, he has never done. He called out the mischief makers, recalled their past utterances and actions, and said what many would like to say: “The BJP government of Prime Minister Narendra Modi, as distinct from the previous BJP-led government of Atal Bihari Vajpayee, doubts and questions the patriotism of the minorities! This is totally unacceptable.”

He recalled that his ancestors were Hindus who were converted 400 years ago, he acknowledged that this was a majority Hindu country, he revealed that his circle of friends and colleagues were predominantly Hindu and added, proudly, “But I rather like the religion I was born into. It has taught me the values of truth and justice and it taught me the concept of service.” A Hindu or a Muslim could proudly say the same thing about his/her religion.

Mr Ribeiro’s conclusion should make us hang our heads in shame. He wrote: “I should be prepared for second-class citizenship ….. What I will not accept is being accused falsely of being anti-national and pilloried on that account.”

What have we done to this country and to ourselves that more and more people — Muslims, Christians, Dalits, tribals — are beginning to think that they have become second-class citizens?

I recall my school and college days when no one noticed or cared if your desk mate or your class leader was a Muslim or a Christian. The Madras Christian College High School was established by Scottish missionaries. The legendary Kuruvilla Jacob was headmaster for 25 years. The students were predominantly Hindu, with a significant number of Christians and a sprinkling of Muslims. My class pupil leader, in all the six years, was a Muslim. I recall these facts today — we did not notice them in those days — with a sense of disbelief! Most students chose Bible classes over Moral Science classes, but there was not a single case of conversion. In college, we had foreign (mainly Irish) and Indian Jesuits as teachers. I observed and learnt from Fr Coyle how to write and speak English correctly. No one attempted to convert me or anyone else.

This country owes a lot to its Muslim, Christian, Jain, Buddhist, Sikh and Parsi citizens who have contributed greatly in many fields — industry, literature, art, music, sports, politics etc. Close your eyes and recall the names; you will be surprised by the number and the diversity.

If the religious minorities feel deep down in their hearts that their place is that of ‘second-class citizens’, we are not worthy of being described as a democracy, much less a republic. Mr Ribeiro’s anguished cry that “If that happens this land of mine will be nothing less than a saffron Pakistan”, is absolutely true.

Yet there is hope when Ms Tabassum Hasan, a Muslim, can win a by-election to the Lok Sabha from a constituency in Uttar Pradesh. As long as Archbishop Couto and Mr Julio Ribeiro can speak and write, and Ms Tabassum Hasan can get elected, democracy will be safe in India.