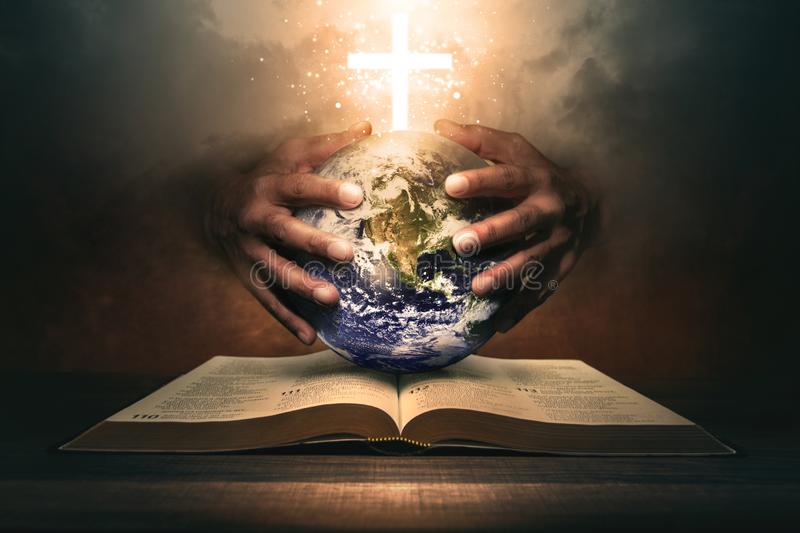 Incongruities are galore in the Bible.

Robin Lane Fox, Emeritus Fellow of New College, Oxford, and Reader in Ancient History, in his book “Unauthorised Version — (of Bible)” looks at the book from a historian’s  perspective. He examines the Bible on the basis of historical evidence: not with reference to faith. Fox’s arguments pose logical challenges to the vast body of Christians, whose faith is grounded in the belief that the Bible is the “Word of God.”

The birth stories of Jesus in Matthew and Luke differ. Why on Earth, should Joseph drag Mary, at the last term of her pregnancy, all the way from Nazareth to Bethlehem, covering a very long distance, in harsh weather, through treacherous and dangerous terrain to a place, where David their putative ancestor, had supposedly lived nearly a millennium ago for a “never happened census.” Incidentally the Galilean Joseph and his wife  Mary had nothing to do with the House of David; for the “GENTILE” Galileans were forcibly converted to Judaism by the Maccabean king Alexander Jannaeus (102-76 BCE) less than 100 years prior to Jesus’s birth (c.f. Arnold J. Toynbee — The Study of History).

Luke  screws up his dates: his narratives of events are so wrong that his yarn cannot stand the scrutiny of fact check independently.The truth: there was no census for the Roman Empire as a whole, when Augustus was the Caesar, and Quirinus was in charge of Israel. The local census under Quirinus was done late in CE 6, long after Herod’s death. Fox observes: “Luke’s story is historically impossible and internally incoherent”. Fox concludes, with his vast knowledge of ancient history — BETHLEHEM WAS NOT THE BIRTHPLACE OF JESUS!

The comet on 12 BCE was mistakenly interpreted as the “Star of Bethlehem” that appeared at the time of Jesus’s birth. Almost everything that really happened seems to have been obfuscated and distorted: we are left with uncertainty about the actual date of birth of Jesus. The contradictories and dichotomies in the Jesus’s story have led many thinking persons even to doubt the very existence of the Galilean???

The Crucifixion of Jesus

Luke conveniently places the crucifixion of Jesus at CE 30/33. If Josephus, the Jewish historian was right,(he ought to be), Luke’s dating of Jesus’s preaching prior to CE 30 is  patently wrong as the beheading of John, by Herod Antipas,  on the vengeful demand of his stepdaughter, Salome and her mother Herodias, which happened around the time of his  marriage in CE 33/34. Hence Jesus could have commenced  his three year teachings only  after CE 33/34.

John’s gospel mentions 3 Passovers  during the ministry of Jesus. According to this 4th gospel, Jesus was arrested on Friday, 30 March 36 CE, as Passover falls on the new moon day in the Jewish month of Nisan.

The Cul-de-sacs of Christianity

Other cul-de-sacs in the Bible: one of the “three in one, one three gods”, had a  gross adulterous sex with Mary who was  another man’s betrothed/ wife and impregnated her. Mary an ordinary Jewish woman, supposedly retained her virginity intact after Jesus’s birth through her vaginal birth channel. It would appear she  had many penetrative sexual intercourses with Clophas (Joseph’s brother) to whom she was married after the death of Joseph,and gave birth to Jesus’s siblings numbering more than half a dozen. (The issue of the rupture of the thin membrane known as the ‘maiden head’ in Mary’s vagina has been vexing the Church and the popes for centuries). The Church seems to be mortally afraid of the (Un)Holy Spirit wrecking vengeance on any one dare to even look at its earthly lover, with covetous eyes. Why the Church still wastes its time in the futile enterprise of keeping intact Mary’s virginity to the exclusion of issues bedevilling its followers and the world at large? How many sleepless nights, with nightmares, does the Church have to endure? Beware Robin Vadakkanchery and Franco Mulakkal types are prowling around to pounce on Mary.

A middle aged Galilean was crucified in the 40s of the Common Era by the Romans for sedition. According to Luke, Jesus was not more than 33 years: to John he was around 50 years. To cap it all, comes the fantasy of the bodily resurrection of Jesus, not mentioned in the first gospel of Mark, but interpolated later.

There is no dearth of unbelievable miracle stories in the Bible; the conspiracy of silence about the garrison city and administrative headquarters of Galilee — Sepphoris where the the Roman soldier Tiberius Julius Abdes Pantera (many bible experts say Jesus’s biological father), making a mountain out of the molehill of a sparsely populated hamlet of Nazareth into a populous city;  the Lake of Galilee becoming a sea with tumultuous waves; the leisurely stroll of Jesus by the side of lake presented as a jaywalk “on the water” by the Nazarene; his scolding the nonexistent waves; then the assault of credibility! A three-day buried putrid corpse coming out of the grave, hale and hearty, strong and smiling, at the command of Jesus? Over 5000 persons, listening to his sermon on the mount, without the aid of any sound amplifier. The parade of the charade of lies goes on unending.

The Martial Status of Jesus

It was unusual for Jesus to be unmarried even by his mid-forties, unless he belonged to the Jewish sect Essenes who lived in poverty performing water purification rituals and observed the Sabbath in a more strict way than the Pharisees. They shunned marriage and opted for celibacy. From all accounts, Jesus was none of the sort:  he was quite intimate with Mary Magdalene. Why the Church is silent about his marital status? Is it another cover-up by the Church?

The clerics avoid marriage in the public: the Canon Laws allow clerical secret marriages on the sly, away from public knowledge. There was  nothing that could have barred the teacher and prophet from Galilee not being a married person especially in the then Jewish context.

The Concocted “WORD OF GOD”???

As a subtitle for the God dictated scripture — “God’s unerring Word” sounds impressive, but becomes awkward as soon as we try to envisage it. The idea that God uses our language in dictating “HIS INACCURATE WORD”, like a human is beyond ordinary persons’ comprehension. The process seems to be still with us as the God given “text” is being revised often by mere mortals even today. As the saying goes the Christian God’s ways seem to be revealed only to the “chosen anointed ones”.  Only the brainless credulous can believe in the “Word”. The so-called dictation of the Christian God does no justice to the authorship of the gospel compilers. The biblical books, may also indicate — “GOD TELLS LIES” — the Bible does not seem credible and true.

More on the contradictions of the Bible 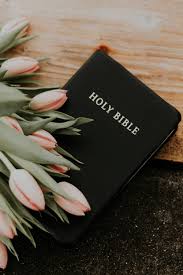 For the December 2004 issue of “Free Enquiry” Tom Flynn, it’s editor, assembled a series of articles documenting the dichotomies and gaping holes in the well-loved Christmas story. Flynn also lists many contradictions between Matthew and Luke in the matter of the birth of Jesus. Flynn suggests that Matthew’s aim was to fulfil messianic prophecies —Jesus descendant of David and all that, for the benefit of Jewish readers. He comes in headlong collision with Luke’s desire to adapt Christianity for the Gentiles in consonance with their philosophies, ideas and perceptions. Hence his pressing of the hot buttons of Hellenistic religious sensibilities.

Matthew traces Joseph’s decent via 28 intermediate generations while Luke has 48 generations with no overlap in the names of the two lists. If Jesus was really born of a Virgin, Joseph’s ancestry is irrelevant.

The Source of the Bible???

Most of the gospels share a common source either Mark’s or a lost work to which Mark was privy to. Nobody knows who the 4 gospel writers were. But one thing is clear: THEY NEVER MET JESUS PERSONALLY. Much of what they wrote was not any honest attempt at history but a rehash from Old Testament to fulfil Old Testament prophecies.

Robert Glibly shows how all essential features of the Jesus legend including the “star in the East”, virgin birth, the veneration of the baby by the kings, miracles, execution of Jesus, resurrection and ascension are borrowed — everyone of them from religions already in existence in the Mediterranean and Near-East.

Fundamentalist Christians, insist on, what they term the “literal” truth of the Scripture. Thoughts and ideas evolve out of the vision, environment and lifestyle of a people in a particular region; they are not relevant to the people all over the world. These so-called divinely dictated “WORD” is just a humanly composed one from hearsay, said a hundred or more times, with embellishments. Rational minds strive to separate grains from the chaff.

From the foregoing, it would seem that the books of the Bible contain concocted stories with all sorts of fantasies and unlikely things. The narratives in the book may be events and incidents other than what really happened.  In the Bible God is projected as an imbecile and a fool.