How Can I Be Holy?   Swami (Dr) Snehanand Jyoti 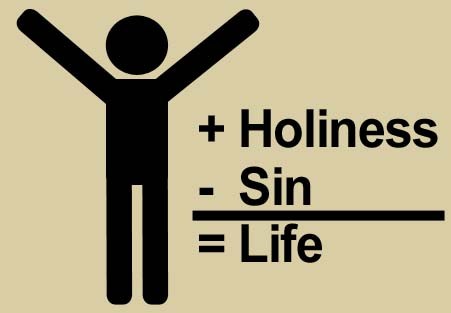 This is a question that every serious person asks at some point or other in one’s life. The interesting answer is that we are all holy in varying degrees. The two stories related to holiness that come to mind are those of Valmiki and St. Paul. One is from the Hindu scriptures, and the other from the Christian scriptures. Ratnakar, a highway robber, got converted due to sage Narada about to be robbed asking him if he knew his family for whom he robbed shared in the sin of his evil deed. The realization that his family did not share in his guilt opened his mind to repentance, conversion from his evil ways, and eventually to holiness. Ratnakar after his conversion became Valmiki. Saul a devout and fanatic Jew pursuing Christians to destroy them got knocked down from his horse and got converted through divine intervention to the way of Christ after hearing his reproaching voice, and became Paul. Both moved away from their evil ways, and became ardent devotees of God and their respective beliefs.

To become holy, one needs to distinguish between good and evil, and follow the moral path that leads to holiness. The easy and the broad path filled with temptations leads to perdition. The difficult, narrow path full of obstacles leads to salvation. The moment we know good and bad, our conscience comes into existence. With a comprehensive system of desirable and virtuous attributes or qualities that may be called values we live a spirit-filled life according to the promptings of our conscience to arrive at holiness. Good living is holy living that is based on a solid value system. Only holy living can give lasting peace and satisfaction. Thus holiness that is within everyone’s reach is a challenge for all of us.