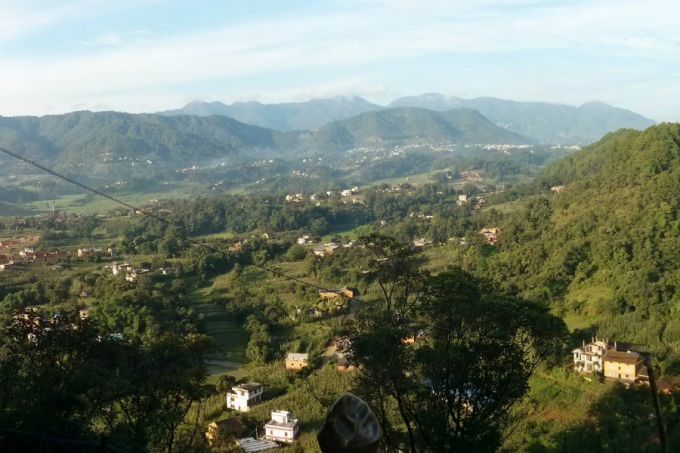 Kathmandu, Nepal, Aug 21, 2015 / 06:01 am (CNA/EWTN News).- A Jesuit primary school located near Kathmandu is using increased counselling and student-parent orientation programs to help both children and parents to cope with the experience of the earthquake which struck Nepal earlier this year.
“After the massive earthquake of 7.9 magnitude that struck the nation, we as educators had also a bigger challenge before us, to reach out to the people, especially those struck in remote areas,” explained Fr. Arul Selvam S.J., a teacher at St. Xavier's School in Godawari, a town located 10 miles southeast of the Nepali capital of Kathmandu.
Fr. Selvam recounted to CNA that St. Xavier's School – which was founded by Indian and American Jesuits and serves students in grades 1 through 10 – itself suffered devastating effects to its infrastructure.
Eight of the school's buildings have been declared unsafe, and the school has had to find alternative ways of accomodating students, as the government has ordered a momentary halt to permanent construction.
The 7.9 earthquake struck Nepal in April, killing some 9,000 people, and was followed by a number of strong aftershocks. The series of aftershocks only added to the anxiety, fear, and psychological scars among the survivors – and children are most vulnerable to these factors.
Fr. Selvam explained that St. Xavier's School has increased its counselling, as well as student-parent orientation programs which help both the children and their parents to cope with their trauma, and help their overall growth.
He noted the strong support St. Xavier's School has received from it's alumni, saying that many of them, most of whom are non-Catholic, “went out of their way, in their own little way, to help, without any prompting” during the earthquake relief.
“The moral education they received, supplementing their academics while studying in our Catholic schools, is always present in our students and our alumni,” Fr. Selvam reflected.
“This is the effect of the sound quality education in our Jesuit schools, based on education in morals, values, and ethics, which the students have inculcated parallel to their academic curriculum, which lingers and becomes a part of life that is reflected in their personality … that makes a big difference.”
He added that the Jesuit community is coordinating with alumni to support earthquake victims and to co-ordinate relief activities.
Fr. Jiju Kevillil, S.J., principal of St. Xavier’s, has written that “resilience is one of the best qualities of our people. We are devastated but not defeated. We are survivors and not victims. We want to get back to 'new normal' life as early as possible and move ahead. We want to rebuild our lives again and give renewed hope to our students and families.”
St. Xavier's School in Godawari was founded in 1951 at the invitation of the Nepali government.
Describing the growth of the Society of Jesus in the service of Nepal, Fr. Selvam described that apart from the schools and a college, the Jesuits have also institutions to serve the poor, children, the physically challenged, and the blind, including a mobile clinics unit which is run with the help of religious sisters.

The Jesuits recently founded the Nepal Jesuit Social Institute to respond to earthquakes with systematic and effect relief services.