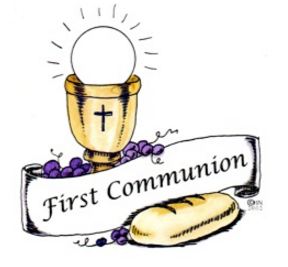 On 23rd April 2016 a crowd of 700 Malayalis, mostly of Catholics persuasion assembled in front of the St.Mary’s church hall in Manchester to welcome 9 boys and three girls.

As these immaculately dressed youngsters put their feet outside the limousine their parents welcomed them with open hands and wide smiles even as a drone flew overhead recording it all for the future.

More than half a dozen catholic priests in their colourful costumes exposed all their teeth in contention as they received them into the hall for a reception that was peppered with songs and dances and spiritual speeches.

The reception ended with a sumptuous three course meal. At the end of the day all the boys and girls, the parents, the guests and priests were over joyous at participating such a great event.

They were sure they were celebrating their faith in God and values it represented. The event was the first holy communion of these twelve kids. Thousands of pounds were spend in celebrating this and they hoped they instilled love and fear of god in these kids and well as in all the participants.

The church hierarchy in the UK subtly encourages these displays of faith hoping it will inspire the local Christians to come back to church and appreciate the works of God.

On the 25th Dr. Laxmi Mohan, a young doctor died in Thrissur, Kerala when her throat was choked by the food she was consuming in a hotel. The reports said if timely help in the form of a car to take her to the hospital were available her life could have been saved. But nobody would offer to give a helping hand with their car though many were available at the mall where she was dining.

These two events seem unconnected, but are they?

On the one hand we see that external expression of spirituality like going to Churches, paying the dues to the religious institutions are increasing, and as a result the physical institutions of religion are becoming bigger and attractive. They are looking more and more like shopping malls. But at the same time there is lack of willingness to help people in need. Many would happily give a portion of their earnings to charity but would keep aside part of their time to help the other is a question mark. By true spirituality one would understand the desire to keep aside one’s own interest for the benefit, it is going the extra mile to be of help to others. Why is there this divergence between the true spirituality increasing?

Let us do a thought exercise to see how this would work out in the mind of the children who are sometimes the centre of these celebrations. The children who received the Holy Communion were at the centre of attention for the full day and they enjoyed it all. As the children remind themselves by looking at their photos and share them with their friends they are likely to reminded life is about enjoying, being the centre of the world. And it involves surrounding one with an abundance of things. As they participate in many such events the idea that spirituality and life itself is about doing everything ostentatiously is the ‘normal’ way sinks in. As they grow up conspicuous consumption becomes the normal thing. It is then a struggle to obtain the latest gadget, the latest model car etc. becomes the normal thing. To acquire these one has to work hard with a mind focused on earning. Any time spend for others are a waste of earning time and should be avoided. And consumerism engulfs one’s life. That is also what the corporate media promotes. Through their cultural products they define success to us. The corporate media celebrates the life of those exceptional people who have come in the frontline in the rate race of life and encourage us to imitate them. They do not tell us there is very little space on the top. It is like a lottery there are only few winners the millions are losers.

The death of Dr. Laxmi Mohan is an indicator of the extent our community has travelled in this path of consumerism. Cars were available but people were not willing to spend their time for her. It would seem at least among the people in the mall where she was dining the social capital was in the negative.
In Manchester the priests planted Holy Communion on the lips of the young boys and girls thinking they are sowing seeds of spirituality in the hearts of the children. But unfortunately they were doing the opposite and were sowing seeds of negative social capital. Ostentatious religious celebrations like the one at Manchester increase the value of priesthood, but reduces value of social capital.

A study done recently on children confirms this. The study* found that non-religious children are more generous when it comes to spending their time for others. A possible reason for this is that religious people are convinced by attending these ceremonies and giving their contributions to the religious institutions they have done their bit for the society and their social responsibility ends there.