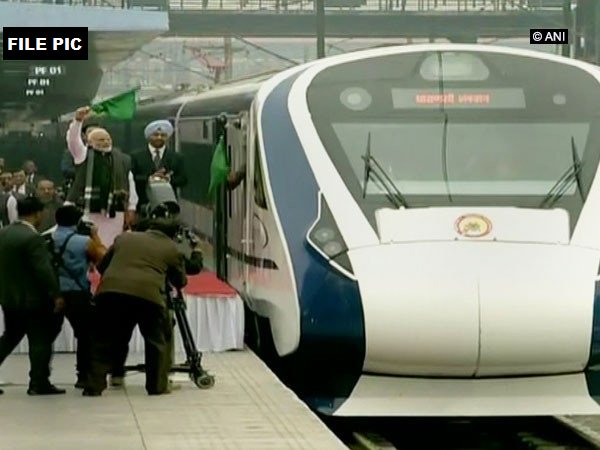 On the 14th February a fidayeen (suicide) bomber attacked a CRPF convoy of 78 vehicles transporting 2547 troopers. It was a hit that ran up a casualty figure of 45 at last count.

On the 15th February Prime Minister Modi flagged off Train 18, renamed Vande Bharat Express from New Delhi station. Its official number is 22435/22436. Railway Minister Piyush Goel, who travelled on it to Varanasi, described it as not just a hit, but a super hit. 130 more such rakes would be purchased, with neighbouring Bangaldesh also expressing interest. In the meanwhile the Prime Minister ran off to Jhansi for a political rally.

On the 16th February at 5.30 a.m. came the next hit, 200 kms before New Delhi, near Tundla station. The superhit train hit a major roadblock, or rather a rail block, making the politicians and railway engineers run for cover. The superhit, superfast train’s brakes jammed, the air-conditioning failed, the water finished and the speed was reduced to a 10 kmph crawl. The blame was quickly laid squarely on the sacred cow, which allegedly collided with the train. However, eyewitnesses did not see any evidence of a collision or damage to the front of the engine. Perhaps the cow was running faster than the 130 kmph of the train and so collided somewhere in the middle! What fervent imagination our spin doctors have! Would that their scientific innovation was as good.

The hit and run evoked sympathetic sighs of teething problems from party hacks, and derisive comments from the rest. Vande Bharat was described as a One Day Wonder. Vande Mataram was twisted into Vande Mattam (joy and sorrow). The majority of commentators felt that this was just one more election gimmick of a jumlebaj feku PM (one prone to boasts and rhetoric). It reminded me of the saying “Marry in haste and repent at leisure”, as also the Hindi adage “Jaldi ka kaam shaitan ka kaam” (Hasty acts are the work of Satan).

The first stop of the super train on its inaugural run on the 15th was at my hometown Kanpur. I happened to be at Kanpur Central station at 7.00 a.m. that morning to see off my son. The steel benches on a major portion of platform No 1 had been uprooted and replaced with green (not red) carpets, luxury sofas and a huge stage was being bedecked with both artificial and fresh flowers. Later in the day when Goel hopped off the train for a 40 minute reception he delivered his superhit message, received with thunderous applause by doting partymen. Fortunately some good sense prevailed and the ostentatious floral decorations were not put up, in deference to the dastardly attack at Pulwana the previous day.

The newly erected electronic display board was already malfunctioning. But I did manage to read that several trains had been cancelled that morning and “the inconvenience caused was deeply regretted”. Why were so many long distance trains cancelled, when there was no fog to disrupt them? Had they also collided with sacred cows? Were these cancellations needed to “convenience” the superhit train at the cost of inconveniencing the travelling public? If that were indeed the case then I for one am not convinced of such a need.

Is the nation paying a heavy price for Modi’s inordinate haste from Pulwana to Tundla? Is all this part of the Doval Doctrine, originating from his supernova National Security Advisor, Ajit Doval? Political analysts have attributed several hasty strikes to this source. The first strike was on a terrorist camp of tribals near Manipur border in neighbouring Myanmar. Attack helicopters armed to the teeth with sophisticated weaponry made an early morning swoop on the tribals unsuspectingly sleeping in their tents. Govt votaries boasted that this was proof of the PM’s 56 inch chest, with more in the offing.

Then we had the surgical strike after which the movie “Uri” was made, boasting of the josh (fervour) that taught a lesson to the enemy. But Pulwana is the latest proof that it is we who have not learnt our lessons. Now we have lost our ‘hosh” (knocked senseless). These strikes bear a striking resemblance to the late night demonetisation move followed by an equally hastily promulgated GST move, and then the midnight swoop on the CBI offices. The country is now paying a heavy price for this misplaced ardour and adventurism.

I wonder if the Father of the Nation is keeping a watchful eye from above. The day that Modi hoped to steal the thunder with his unveiling of the Sardar Patel statue, another Patel, Urjit, resigned as the RBI Governor, grabbing the headlines. This time the much vaunted super train got derailed by Pulwana and Tundla. Is the old man up there having the last laugh at his fellow Gujarati Bhai?

Years ago when there was a rail accident, then Railway Minister Lal Bahadur Shastri had resigned; as did then U.P. Chief Minister V.P. Singh when his brother was shot dead. Both lost nothing but went on to become Prime Ministers of the country. Now why aren’t the Home, Defence and Railway Ministers resigning? Will they pass the buck and put the blame on some non descript clerk or lowly bureaucrat?

And why all this Paki bashing? Mayawati has rightly called these candle light marches and maintaining of two minutes silence an eyewash. I endorse her appeal to Modi, “Forget your electoral self-interest and divisive politics. Get together with like minded and peace loving countries” to find a lasting solution to Kashmir and terrorism.

My son, whom I was seeing off that morning, had recently cycled for three months in Kashmir, including Kargil, the Pakistan and China borders. He found the people in remote villages warm and friendly. There was no animosity towards India. Why then can we not live in peace and harmony, without antagonising one another?

It is time for Modi to jettison the Doval Doctrine. He cannot ride roughshod over people, just because he enjoys a brute majority in parliament. He still has a couple of months to mend his ways. The country doesn’t want more of Pulwana or Tundla. We don’t want hit and run leaders. Nor do we want tall statues, but tall leaders, who can stand up and be counted.

*The writer is a social activist and political analyst