Has our Democracy become ‘A Talking shop?’ Who can resist the magic of PM Modi’s oratory? 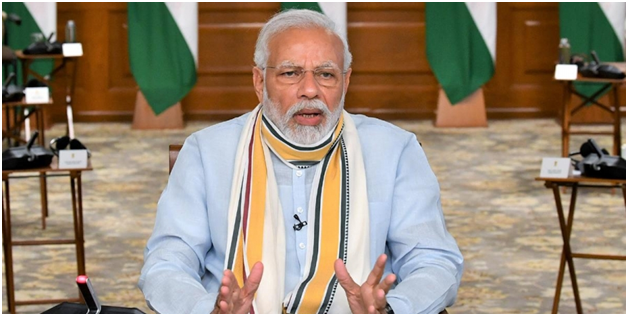 The damage inflicted by Narendra Modi’s use of power to promote Hindutva partisanship on the one hand and his own persona on the other will not lend itself to easy repair.

“Gift of the gab!” That is what PM Modi is noted for. Down to earth, what else is ‘Democracy’ except a TALKING SHOP!  Keep your audience spellbound, to vote your fancies and you win!

One small example: One argument supporters of Pynarai government supporters repeat ad nauseam is this: “Why should the CM or Kodieri be bothered in the least if their children, close associates or conscience keepers are drowning in corruption and criminal deeds? Let the law take its course, let the guilty get punished!

Criminal nexus: not a Hindrance?

Can a father be totally unaffected by the criminal conduct of children and close associates? With such close ties with criminals – remember they are your own children, blood is thicker than water – can one fully concentrate on his daily official duties? Can any one of you do it?

Even animals go mad, wild when their brood is caught in a trap – think of the hen that flies after an eagle which flies away with one of its chicks! And you say, rational humans are not affected when their own children are criminally accused and caught!

You throw mud hundred times, something is sure to stick! Or you bring 100 witnesses who never saw the thief stealing and one who saw it! In a democracy the majority should win! Is that your rule of majority? your cut-thorat democracy?

If the conscience keepers of Pynarai and Kodieri are caught red handed, reason demands, they should quit forthwith! 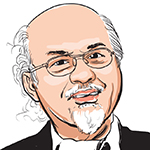 Donald Trump damaged American democracy as much as Boris Johnson damaged the British. But the intrinsic strength of the American and British systems will make their recovery easy. Unfortunately that cannot be said about India.

The damage inflicted by Narendra Modi’s use of power to promote Hindutva partisanship on the one hand and his own persona on the other will not lend itself to easy repair.

Not only has he been at it for six years with four more to go; he has been mutilating the fundamentals of democratic assumptions that had served India well all these years.

Consider a few highlights of the Modi years. Parliament has been reduced to nothingness with:

The Union Cabinet has become a toothless wonder with no role to play. The civil services have largely been reduced to a pack of yes-men. And there is virtually no opposition, thanks to Rahul Gandhi who wants neither a defined role nor a clear-cut policy line. He just likes to drift.

In the circumstances how can Narendra Modi not be authoritarian. That he has become that is clear to all. Rahul Bajaj spoke of the “environment of fear” in the business community. Ajay Piramal referred to “mistrust between people who are in power and people who are wealth creators”. Kiran Mazumdar- Shaw said, “We are all pariahs.” Infosys legend Narayana Murthy who used to be outspoken about our “dirtiest rivers, highest pollution” went diplomatically silent. But Adani and Ambani rose to unprecedented heights of achievements.

As Ravi Kant put it in ‘The Rise of Monopolists in Modi’s India’, “the key to Ambani’s soaring wealth is not innovation but monopoly… in telecom, oil, retail, entertainment. There are many instances where he has used his political support within the ruling government to subvert laws in his favour.”

The country’s economy suffered in the process. Industrialist Harsh Goenka listed it out: Fisheries are in a bad way, liquor companies are in liquidation, paper mills are folding up, road companies have reached the end of the road, bakeries have run out of dough, toy-making companies are winding down, restaurants are shutting down and it’s curtain time for cinemas. Any serious political leadership will concentrate its full attention on finding ways to meet such a crisis. Not Modiji. Look at the way he solved the Corona crisis. He simply declared: “The battle of Kurukshetra was won in 18 days. Our war against Corona will take 21 days.” (How meaningless can a nation’s leader get!)

Where action is needed, silence is the policy. China has been getting unusually aggressive; some areas in Ladakh have been occupied by them and some of our men taken out. Our Prime Minister does nothing. There are many instances of announcing grand plans and then forgetting them. In his Independence Day oration, he promised optical fibre connectivity for all villages, medical ID card for every citizen, etc. Nothing happened, perhaps because the Prime Minister wants to make the same promises at the next Independence Day oration.

The danger is that other nations pay less attention to oration and more to action. China has been gaining ground, not only in Ladakh but also in global influence. According to the Asia Power Index put out by an Australian think tank, “India exerts less influence in the region than expected given its available resources.” Even Bangladesh is overtaking India in GDP terms. Sri Lanka did so recently. And China is emerging as a powerful ally of these countries. Indian leadership is either not noticing what is happening or is unable to comprehend it and take action.

The impression cannot be avoided that India is losing out because our Prime Minister understands success in different ways. That he can work magic with his oratory has perhaps led him to believe that that kind of magic-making is what a leader needs.

Words are what matter in Modi’s reckoning, deeds are secondary. The real tragedy is that Narendra Modi will never understand this. He is an orator, not a thinker. He is a man of words, not action. He talks. And that’s all.