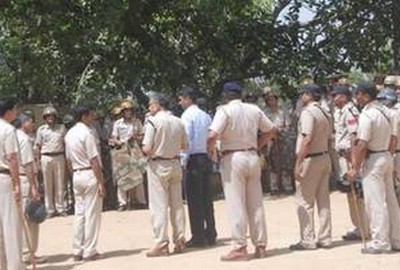 Earlier this week, at least 10 people were injured and several structures were set ablaze as the dispute took a violent turn.

Tension prevailed in a Haryana village on Friday after a fresh conflict erupted between the majority and minority communities over converting a school into a madrassa.

Members of the two communities clashed earlier in the day requiring police reinforcements to be summoned in the area for controlling the situation, police said.

Atali village, with a population of around 6,000 people, in Faridabad district has remained tense in the wake of a dispute over a structure since early this month.

Sources said the minority Muslim community wanted the school structure to be converted into a madrassa — a move stoutly resisted by the Hindu majority.

Earlier this week, at least 10 people were injured and several structures were set ablaze as the dispute took a violent turn.

On Friday, fresh trouble erupted as members of the minority community prepared to hold religious prayers amidst objections by the majority community, police said.

Members of the two communities clashed and police reinforcements had to be rushed to the area to quell the violence, an official said adding that the situation in the village remained "tense but under control".

"Over 1,500 policeman have been deployed after fresh tension between the two communities," district official Devender Sharma told IANS.

"The situation is tense but it is under control. The security forces are keeping a close vigil," an official at Faridabad Police Commissioner Shubash Yadav's office told IANS.