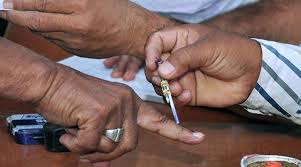 Dreaming about Indian elections I wrote in Face book Dec. 2, the following: Gujarat election is top news in India today. In any election debate, the central issue to start from should be the BREAD AND BUTTER survival needs of the marginalized, downtrodden and exploited sections of society.

Invariably this gets swept under the carpet of caste, creed, community identities of candidates to attract and entice the votes of the majority community at the cost of minorities. This is catastrophic for any democracy in which the elected leaders ought to start with uplifting the oppressed, marginalized and exploited, those most in need of development economically, socially, culturally, educationally and spiritually. How can we help them rise up to this ideal?

A good Samaritan seeing me lie lonely on the wayside wrote: “Super writing best wishes!” Flattered by that pat I tried to be more practical and added:

Wish is father to thought, and thought father to words and words(speech) father to action and when many act in unison a bright day dawns. That I believe the message of the saying: "Smile a while and while you smile miles and miles of smiles blossom” on our Bharath parched dry with the scorching heat of caste, class, creed and communal politics and name calling at election time.

‘We the people’, Masters!

I am just trying to contribute my mighty little bit to prod the silent majority to speak up. One or two swallows don't make the summer. You who are better informed and have the gift of the gab, please join me and speak up to make my lonely pleading, a  cry of the crowd for better days for India. Government is your business, my business, the business of every Indian citizen,  not  just of those who get into the drivers' seat by hook or crook. We the people are to be and must become the masters and rulers, not the PM, CMs, MPs and MLAs.

They are only our deputies and servants. Recall Nehru who described himself as the FIRST SERVANT of india. Otherwise we shall end up making our largest democracy in the world a “government of hypocrites, by hypocrites and for hypocrites”. This is how an American intellectual described the practical state of affairs in US. Of course the best definition of “Democracy” is also given by America: “A government of the people by the people, for the people”.

Now it looks, both the oldest and the largest democracies in the world – US and India – have succeeded to make their democracies governments of hypocrites. Who is to blame? If not each one of us who vote for the one belonging to our caste, community or religion? Instead shouldn’t we be voting in the good and honest service minded candidates concerned about the greatest good of the greatest number of the less fortunate members of our country to wipe out all inequalities the basic threat to any democracy?

Government is your business

As for myself I could not convince myself or  force myself to become a card-carrying member of any political party during my 83 years of life, because I found all parties divisive and driven by the insatiable greed  to capture the biggest share in the national cake, ‘what is in it for me motive’. But I voted during every election for the candidate I thought best, honest and service minded – Congress, Communist or BJP – because I believe such candidates would eventually help even the worst party to become good and get better. Of course none of the readers have to follow my example. But voting in honest service minded candidates in every election is a must – a duty of every one who belies that “Government is your business”.

The least that every one can do is to give wings to your honest views on every on-going elections  anywhere – Gujarat, UP, Kerala or any other State — in the country, to build the right public opinion. So let your outspoken convictions become a roar, a tsunami that will topple all crooks seated on their thrones and replace them with right persons! Period.