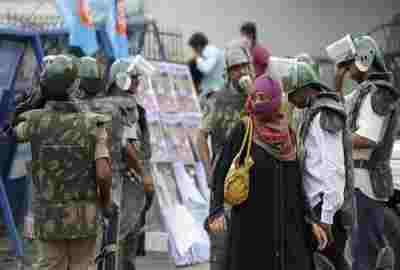 Christians in India are concerned that federal government not granting special status to a prominent Muslim university would limit the advancements of Muslims in this Hindu-majority country.
The federal government told the Supreme Court of India April 4 that it does not consider the Aligarh Muslim University in the northern Indian state of Uttar Pradesh as a "minority institution."
With a minority-designated status, the university would not be required to reserve quotas for lower castes, indigenous people classes but can give preference to Muslim students over others. It also would enjoy a certain level of autonomy in staff appointments.
The government argued that the university was set up under an act of parliament, but in 1981 it was amended to allow the minority Muslim community the freedom to manage the institution.
"The government should show a bigger heart and grant the university a minority status," said Samuel Jaikumar executive secretary of the Commission on Policy, Governance and Public Witness of the National Council of Churches in India.
He told ucanews.com that the minority status to the university would help the development of the Muslim community.
Muslims are politically, socially and economically worse than the dalits (former untouchables) and they also do not have many such institutes to benefit them, he added.
Father Joseph Manipadam, secretary of the Indian Catholic bishops' education commission told ucanews.com that the university was established and administered by minorities so it should "should remain a minority institution."
He expressed fear that there might be trouble for Christian minority institutions in the future as the ruling Hindu nationalist government was pushing a Hindu hegemony agenda.
"This needs to be studied why suddenly the institutions are losing their minority status when until now they were running smoothly," he added.
The Times Higher Education Asia Ranking 2014 said the university ranked third among Indian Universities.
Aligarh Muslim University was established in 1920 but evolved out of the Mohammedan Anglo-Oriental College that was set up in 1877.
The university's official website says: "It is proudly and Islamic and proudly Indian institution: a living symbol of composite culture of India and a bulwark of its secular principles."
Muslims still make up 14.2 percent of the population compared with Hinduism's 79.8 percent. India has 27.8 million Christians in a population of 1.21 billion people, but are the second-largest religious minority after Muslims.
Academics document that Indian Muslims lack economic resources and lose out on account of their religion.