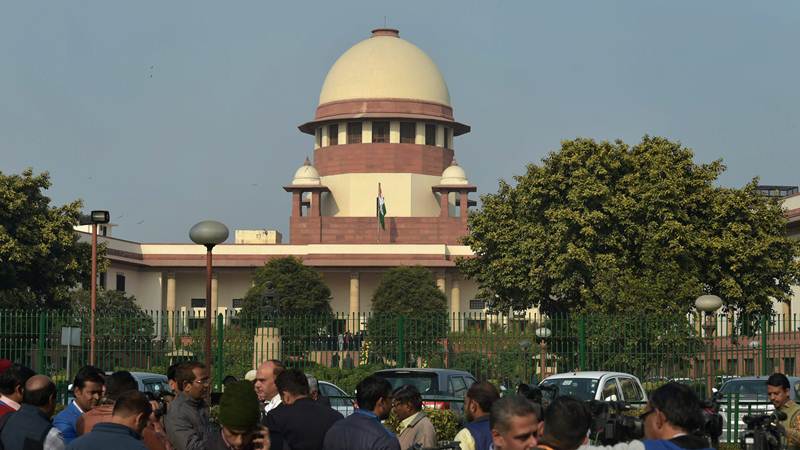 The dilly-dallying of the Government of India over the elevation of Justice K.K. Joseph to Supreme Court, is an alarming sign.  It shows that it is trying its best to ignore the recommendation of the Collegium of Judges from the Supreme Court for appointment of a Judge in the highest Court of the country.

As per the constitution, as held by the court in the Three Judges Cases – (1982, 1993, 1998), a judge is appointed to the supreme court by the President on the recommendation of the collegium  — a closed group of the Chief Justice of India, the four most senior judges of the court and the senior-most judge hailing from the high court of a prospective appointee. This has resulted in a Memorandum of Procedure being followed, for the appointments. Judges used to be appointed by the President on the advice of the Union Cabinet.

After 1993 (the Second judges' Case), no minister, or even the executive collectively, can suggest any names to the President, who ultimately decides on appointing them from a list of names recommended only by the collegium of the judiciary. Simultaneously, as held in that judgment, the executive was given the power to reject a recommended name.

The collegium system has come under a fair amount of criticism. In 2015, the parliament passed a law to replace the collegium with a National Judicial Appointments Commission (NJAC). This was struck down as unconstitutional by the supreme court, in the Fourth Judges' Case, as the new system would undermine the independence of the judiciary. Putting the old system of the collegium back, the court invited suggestions, even from the general public, on how to improve the collegium system, broadly along the lines of — setting up an eligibility criteria for appointments, a permanent secretariat to help the collegium sift through material on potential candidates, infusing more transparency into the selection process, grievance redressal and any other suggestion not in these four categories, like transfer of judges.

Let us hope we do not go back to the days of Indira Gandhi when the government would heavily tinker with the judiciary. Isaac Gomes, Asso. Editor, Church Citizens' Voice.

The BJP government has sent a message to the judiciary that by securing an absolute mandate from the people, it has the right to decide who will enter the Supreme Court. So, by denying Uttarakhand chief justice K M Joseph his rightful seniority, the Modi government has emulated late prime minister Indira Gandhi who allegedly emasculated the judiciary.

There can be no doubt about the merit of Chief Justice Joseph which was why former Supreme Court judge Jasti Chelameswar insisted on a full-court discussion of this and other issues which had weakened the judiciary.

As per the BJP government’s instruction on the order of oath-taking, Madras high court chief justice Indira Banerjee was the first of the three judges who was administered the oath of office by Chief Justice of India (CJI) Dipak Misra on August 7. She was followed by Orissa Chief Justice Vineet Saran and lastly by Justice Joseph.

The BJP government will defend itself by stating that according to their date of appointment as high court judges, Justice Joseph was appointed on October 14, 2004 whereas Justices Banerjee and Saran were appointed on February 5, 2002 and February 14, 2002 respectively, making them senior to Justice Joseph. But the government deliberately sat on the collegium’s initial recommendation of Justice Joseph for elevation on January 10, 2018, ostensibly to thwart his seniority.

The BJP government then cited lack of regional representation in the Supreme Court to return Justice Joseph’s recommendation. What is more sinister is that the BJP government cleared the swearing-in of Justice Indu Malhotra, who would have been junior to Justice Joseph had both been sworn-in together because she was a lawyer.

Other judges sought the postponement of Justice Indu Malhotra’s swearing-in to defeat the Centre’s gameplan and to thwart Justice Joseph’s elevation. The collegium reiterated Justice Joseph’s name on July 16 by saying the Centre had never recorded any adverse finding against Justice Joseph while reiterating his recommendation.

Second, it reiterated its recommendation separately proving that Justice Joseph was to be the seniormost among Justices Banerjee and Saran. But a mild CJI Dipak Misra did not want to confront the Centre by insisting Justice Joseph’s seniority be retained. Justice Chelameswar’s displeasure with CJI Misra again appears prophetic.

Seniority within the Supreme Court and each of the 24 high courts is vital to determine who enters the collegium, becomes the chief justice of India, depending on their dates of retirement and also who presides over benches in the apex court. Judges always sit in benches of two or more in the Supreme Court. The date of swearing-in of a Supreme Court judge determines their inter-se seniority.

The order of seniority as recommended by the collegium is a sine qua non for judicial independence. The collegium may consider a junior judge in the all-India seniority list of high court judges to be of outstanding merit to consider him or her for elevation to the Supreme Court at a young age so he will be a chief justice of India.

As a result of his being denied his rightful seniority in the Supreme Court, Justice Joseph cannot hope to be appointed as the CJI, in view of his impending retirement on June 16, 2023. Justice D Y Chandrachud, who is likely to succeed Justice U U Lalit on November 8, 2022 as CJI, will have a tenure of nearly two years till his retirement.

This nefarious precedent of the BJP government may be used by future governments if they wish to deny “inconvenient” judges like K M Joseph their seniority and thwart their chances of becoming the CJI or enter the collegium which decides who will become a high court or Supreme Court judge.

Hence, the BJP government’s sinister message is that the over 687 high court judges in India better toe the government line if any of them wish to enter the Supreme Court. Justice Joseph had the temerity to strike down President’s rule in Uttarakhand in 2016 which embarrassed the BJP in that state.

Justice Chelameswar, who was branded as a “rebel” judge, warned his colleagues against being lethargic in preserving judicial independence. When the Centre directly interacted with the chief justice of the Karnataka high court to probe the complaints of sexual harassment against a district judge, recommended for elevation as a high court judge, Justice Chelameswar demanded a full-court hearing by the Supreme Court which was ignored. Hence, Chelameswar’s words have proved prophetic. He still plans to write a book on the goings-on within the Supreme Court.

Justice Khanwilkar was made Chief Justice of a high court on April 4, 2013 while Justice Chandrachud became Chief Justice of the Allahabad high court on October 3, 2013. This was why Justice Khanwilkar was placed above Justice Chandrachud in seniority. A Bombay high court judge Ashutosh Kumbhakoni quit in December 2008 after President Pratibha Patil ignored his petitions to preserve his seniority over those who were junior to him. The BJP government later made him the advocate general of Maharashtra, proving that whether it is appointments to the bar or the bench, the government wants the last word.

Olav Albuquerque holds a PhD in law and is a journalist-cum-lawyer of the Bombay high court.