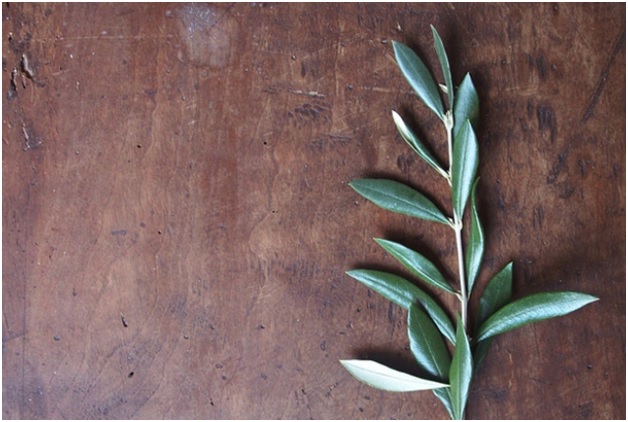 By Ken Butigan  in the February 2017 issue of U.S. Catholic

(Note: Virtue stands in the middle (Virtus stat in medio)  avoiding both the extremes, especially physical violence and the age-old stupid just war theory.  Where is place for it when more nations have come forward to give up, capital punishment, which assumes without proof that some men are incorrigible and therefore must be eliminated? That is what is happening in Syria, all perpetrated by the warmongers – Russia, Iran and Syria’s own dictator king  Assad. The perpetrators of death live in comfort zones and attack with bombs homeless migrants walking dusty streets. Do you call this civilization?

This is with regard to physical force. But what about moral force?  Jesus is depicted both as “sweet Jesus meek and mild” and  “bitter Jesus, rough and wild” Definitely he was both. Read Mat.23 and see if you can of another spiritual leader in the world who used more bitter and deadly language against crooks and hypocrites.  In temple cleansing he is reported to have used physical violence, taking up whips and overturning cash tables, something we can never accuse of  even a Gandhiji.

Organized religions, starting with the Catholic church are guilty of misinterpreting Jesus   or their religious leaders to suit their vested interests. What is Jihad violence? It is to be directed against oneself, not your neighbour. The cross is  to crucify oneself to domesticate it, not to kill others. So such organized religions must be first wiped out of the face of the earth if seeds of peace and harmony are to be sown in the hearts of people everywhere. War and peace starts first in the minds of people who are ignorant and are to be educated.

Yes we have to love our enemies. Where are they? They are your neighbours. “Your enemies are of your own house hold.” That is, your nearest and dearest ones  — your own husband, wife, children who know you inside out and so can harm you irreparably.  You don’t get enemies in a foreign country.  So love your enemies is not a new commandment but just a practical explanation of “love your neighbour.” But there can be possibility, theoretically at least about, putting a full stop to war and violence with  deadly weapons. If two world wars have not that lesson to the world, it is next to impossible to hope, that war-mongering nations will ever learn the lesson. The military nations like US and Russia go to war because building and selling “weapons of mass destruction”  like the gun-trade in US is a very profitable industry. These people have no God other than the God of Money.  james kottoor, editor)

Jesus called his disciples to love their enemies, to be abundantly merciful, to repent and forgive, and to offer no violent resistance to those who do evil. But he also modeled nonviolence by actively confronting injustice and violence, as when he defied the Sabbath laws to heal the disabled, confronted unjust power at the Temple, challenged a throng of assailants accusing a woman of adultery, and, on the night before he died, commanded Peter to put down his sword. Neither passive nor weak, Jesus’ nonviolence is the power of love in action for the well-being of all.

Imagine nurturing a new identity as nonviolent people in a nonviolent church with a clear and deliberate commitment to preaching, teaching, activating, and boldly proclaiming Jesus’ nonviolence at every level. We must return good for evil, break the chains of escalatory violence and revenge, stand up to systemic injustice not with violence but with determined love, and fully trust the God of love and truth rather than the power of violence. And if the theology and spirituality of gospel nonviolence were more deliberately integrated into the life of the church, we would more clearly recognize the sacred way and work of peace, reconciliation, and nonviolent transformation in our time of monumental crisis and opportunity.

In its first three centuries, the church wagered that Jesus was utterly serious when he said “love your enemies” and “peace be with you” and therefore consistently sought to embody the way and discipline of spiritually grounded nonviolence. Now, facing our turbulent age of global violence, searing injustice, and catastrophic climate change, we are dramatically invited again to recenter our lives and our church in the spirituality and practice of the nonviolent Jesus—and to be consciously freed from the alluring temptation that violence is the answer to violence.

It is in this spirit that the Vatican’s Pontifical Council for Justice and Peace hosted the landmark Nonviolence and Just Peace conference in Rome in April 2016. Attended by bishops, priests, theologians, members of religious congregations, and laypeople from six continents, the conference called on Pope Francis to share with the world an encyclical on nonviolence and asked the Catholic Church to “recommit to the centrality of gospel nonviolence.” It urged the church to integrate Jesus’ nonviolence throughout the life of the church, promote nonviolent practices and strategies, initiate a global conversation on the power of nonviolence, and to “support and defend those nonviolent activists whose work for peace and justice put their lives at risk.”

It also urged the church to no longer use or teach the just war theory.Nowhere is our belief in “the violence that saves” more evident than the church’s just war theology. For 1,600 years the church has reserved the right to support, and even wage, war under certain circumstances and criteria. Rooted not in the gospel but in the teaching of Roman thinkers on natural law, over the centuries just war doctrine has legitimated and justified violence, sometimes for less than seemly and honorable reasons and sometimes because, it is said, there is no other way.

In addition to its comprehensive examination of Jesus’ nonviolence and an overview of the impact of active nonviolence throughout the world, the Vatican conference critiqued the just war doctrine and advanced an alternative “just peace” framework.

As part of its work, the conference directly challenged the implicit assumption that violence is justified because “there is no other way.” We live in a time when active nonviolence is proving to be a more effective way to challenge and resolve violence than violence—recent research, presented by participant Maria Stephan, has tracked “maximal” conflicts over the past century worldwide and definitively established that nonviolent strategies are twice as effective as violent ones—and a wide range of nonviolent best practices now exist that can be deployed even in the midst of intractable conflicts, including third-party unarmed accompaniment, unarmed civilian protection, peacebuilding strategies, restorative justice processes, social-movement building, and solidarity.

There are no guarantees that nonviolence will in every case immediately end violence or injustice. But at the same time, violence cannot guarantee this either. Active nonviolence trumps violence in its ability to more often than not create alternatives, to mobilize people power, and to address the deeper roots of the conflict rather than simply suppress or obliterate one or another party. Speaking broadly, the just war doctrine hinders the discovery of new practices and stymies the emergence of an overarching culture of nonviolence and just peace.

In a world where violence is so prevalent, so systematically woven through our lives and societies, sonormal, we will be called to a determined, risky, and courageous formation process as people and church. We will be called to confess our violence, make amends for our violence, and give up our deeply-embedded belief in violence, what the late scripture scholar Walter Wink called our “myth of redemptive violence.” As Christians, our best contribution to this worldwide process is to reclaim the vision and mission of the nonviolent Jesus. This will mean acknowledging our violence, relying on the God of peace and nonviolence, and bringing this power of love-in-action into the concrete life of our church and our world.