God created Paradise & needed a caretaker: so he created the FARMER! An age of anger! 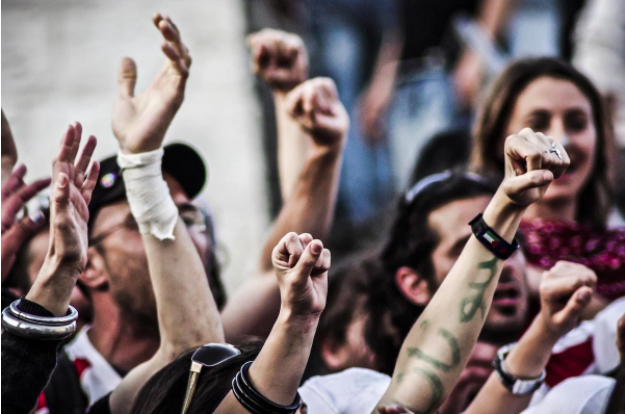 By all indications, the 21st century appears to be an age of rage. We are witnessing extraordinary waves of protests around the world against widening inequality and rising authoritarianism. It is understandable why citizens are angry. But why are political leaders angrier than the citizens?

Believe it or not, that is why the farmers’  protest is causing a Raging fire of discussion in India today!  The FARMER is “God-made Caretaker of Paradise called India” watered by Ganga-Yamuna to Periyar in the South.

Over 40% ABLE BODIED youth toil and sweat in India to make it productive and flourishing, to place healthy food on our tables for daily intake. They sweat from, not just dawn to dusk, but till their work Is finished in sun and rain, often ill-fed and cry for Basic Wage to India’s Supreme commander, now for over 40 days; over 60 of them died of exhaustion!

All their cries, it seems, fall on deaf ears of the well-fed in their cozy comfort refusing to hear and discuss their 3 basic demands. Yet Modiji has found time to meet and discuss with a puny fighting Kerala church factions for their property rights. What is more important?

The vast and momentous problems of a laboring class providing daily food on our tables or the property dispute between two church factions in a small state like Kerala?The state has and should not have any religion. If it is not a pitiable tragic comedy, what else is it?

State has no religion!

All states in India have risen in support of the farmer protest. Nay the global community is  joining in! On Republic day, 26th the farmers are going to have their biggest show ever and bent on protesting till death, rather than withdrawing.

We hope and pray that better sense  dawns on the leadership of India and on the promoters of the crying concerns of the Indian farming community to reach an amicable peaceful solution. Revolts,  revolutions, protests, rage and anger produce only chaos! james kottoor editor ccv.

Please read below the report in Statesman!

History is littered with turning points that never were and fulcrums that failed to move the earth. The French and Russian revolutions were big and successful. But the two failed revolutions ~ the 1848 revolution and the 1968 revolution ~ made even greater impact on the world.

In 1848 a series of republican revolts against European monarchies took place but all ended in failure and repression. But it was also the year Marx wrote the Manifesto, perhaps the most influential single piece of political writing. The 1968 revolution too was defeated. No one seized power and yet the world changed. The fire of 1968 may have died down but memory and legacy haven’t. and are learning to die) is rocking the world Today, an array of protests across the world by the youth, students, farmers, migrants, women’s groups and climate warriors including ‘collapsologists’( those who abandon all hope.

When the 21st century dawned, some geopolitical sages proclaimed that the future had already been written and that the future had already happened. Celebrated Colombian writer Gabriel Garcia Marquez, however, warned us saying, “expect nothing from the 21st century. It is the 21st century that expects everything from you.” We are entering the third decade of the 21st century and we are not even able to define it. Is it the “age of mediocrity” or are we living in the “age of anger?” Have we ushered in a “post-truth world” or are we going through “modern primitivism?” A lot is still unfolding and there is a lot more that we don’t know than what we do know.

This month marks the 10th anniversary of the Arab Spring. The movement that apparently failed continues to be a potent force. In fact, a plethora of protests and movements of this decade is already overwhelming the world. As they say, every outburst legitimises the next. Democracy remains alien to the Arab world. And yet, the region has changed. In fact, democracy may be moving in reverse gear across the world but the anger and the spirit of rebellion of the Arab Spring is pervasive.

Shakespeare in the Merchant of Venice writes, “How far that little candle throws his beams! The Arab Spring indeed threw its beams far and wide. It will be unwise to dismiss the Arab Spring, the Occupy Movement, Podemos and a host of protests globally as failures. As Henry Kissinger told the Italian journalist Oriana Fallaci in 1972, “The history of things that didn’t happen” has to be considered before passing a verdict on things that did happen.

This decade began with widespread protests and is closing with even wider upheavals. Even the first decade witnessed strong movements which ousted several governments in Latin America. The Piqueteros Movement in Argentina gave an innovative slogan, “Nadie nos representa” (No one represents us). It was perhaps the strongest assertion of citizens’ power.

By all indications, the 21st century appears to be an age of rage. We are witnessing extraordinary waves of protests around the world against widening inequality and rising authoritarianism. It is understandable why citizens are angry. But why are political leaders angrier than the citizens? And not just Trump whom The Nation magazine calls a “Merchant of Anger.” Xi Jinping, Putin, Erdogan, Bolsonaro, Modi, Orban and many others are all getting angrier by the day as the citizens refuse to bite Marie Antoinette’s cake. What is worrying is the growing trend of toxic rhetoric shaping politics. Peddlers of lies and conspiracy theorists are having a field day.

How does one explain what Raul Gallegos, political risk adviser to Fortune 250 companies, calls the “global anger pandemic”? Italian political theorist Paolo Gerbaudo says that ‘citizenism’ is the defining belief of the new wave of protests. The world is the “angriest it has ever been”, according to a recent Gallup Emotions Report. Christine Lagarde, former managing director of IMF, says that anger is real. She had earlier cautioned that similar conditions preceded many wars. Thanks to the information revolution and the advent of social media, anger has become infectious. The stories and slogans on petitions websites that call for change are enraging people.

Most movements begin as campaigns. And end of campaign is not the end of revolution. Movements need not always be huge. It is not so much their national and global reach but their transformative and organic nature that make them movements. A successful movement rests on the principles of engagement and appeal.

Protest movements may not overpower governments and regimes, but they go a long way in undermining their legitimacy and support base. Not all great movements begin with clearly defined goals. Whether it was the women’s suffrage movement, India’s freedom movement, civil rights movement, J P movement, colour revolutions, or the Arab Spring, they all began with powerful banding together against the powerful.

Most protests in recent years have been spontaneous. A notable feature of this outburst of anger is its peaceful nature. Harvard professor Erica Chenoweth describes it “a pronounced shift in the global landscape of dissent”. Though many non-violent protests are aimed at the end of a policy or a regime, a large majority of them have the objective of bringing about transformative change and influencing governmental policies. Non-violent protest movements don’t alienate anyone; they seek to bring everyone on board. They also keep the windows of opportunity open to conversation.

This is the greatest strength of the ongoing farmers’ movement in India. The state has often handled the farmers’ agitations in a myopic way. Farmers were earlier dismissed as ‘kulaks’ but never as ‘Khalistanis’ and ‘Naxals’. Blinded by its electoral gains, the ruling dispensation has kept pouring venom on agitating farmers even while holding talks with them. As thinker and cultural activist G N Devy says, “the nation did not create Indian farmers; the farmers created the Indian nation.” There is no idea of India without the farming community. Gandhiji understood this reality when he gave a clarion call to “go to the villages, that is India, therein lives the soul of India”.

Islamophobes, supremacists and toxic nationalists are never tired of stigmatizing the designated others – immigrants, minorities, farmers. Both market and governments promised El Dorado but provided only a Disneyesque beacon of light and fake optimism to the masses. The populists of all hues have used the economic crisis and the pandemic to grab power by perpetuating false narratives and taming the media and civil society. The sense of frustration and powerlessness among the poor and marginalized masses explains the unprecedented rage among the people. Pankaj Mishra in his book, The Age of Anger, talks of a “global civil war” between the elites who enjoy “modernity’s choicest fruits” and the uprooted masses who have been cheated of the same fruits. He cites Nietzsche to illustrate his point that ressentiment thrives ‘where the modern promise of equality collides with massive disparities of power, education, status and property ownership’.

All said, it is too early to say this time it is different. One thing is clear though that the citizens are no longer impressed by political leaders blessed with flawed judgement and impoverished imagination and that they are determined to take back national institutions. It is an exercise in civic renewal. Protest movements for democratic rights, dignity and justice are opening new horizons. Henry A Wallace. the 33rd vice-president of the US, described the 20th century as a “century of the common man” which remained a myth. But the 21st century is turning out to be a “century of empowered citizens”, perhaps a century of “angry citizens.” (The writer is Director, Institute of Social Sciences, Delhi)