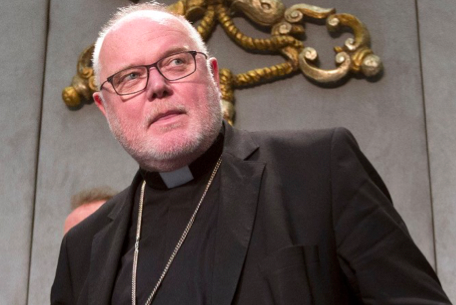 In a week with a papal trip, the (NN((was overshadowed — from sex abuse reform and an apology to the LGBT community, as well as charges of corruption in a pet papal c

(Note:  The bark of Peter is cruising through stormy seas cutting through lashinhg waves and roaring waves like Brexit, shoot outs on gay people(Orlando), religious wars (ISIS), race for White house in US,socio-political conficts and tremors like bombing by big powers in Syria, Gaza killing innocents in the name of peace, casteism (Cudapah kidnap), racism (attack on Africans), all creating divisions galore and not unity. Pope Francis is always up and doing, travelling around meeting people, speaking up on all socio-religious-political issues. Iimitating him individual bishops German, English, Italian — their national conferences  in US and countries in Europe are also beginning to speak up. But what about the180 strong Indian bishops? One is reminded of the pathetic plight of three monkies wich do not see, hear or speak.  They parade themselves in public in glittering regalia in silk and sateen  but open not their mouths to speak on burning issue, although their only professed mission is preaching, speaking, exercising their tongue, guiding, counseling people with their word of mouth. All blind, deaf  and dumb leaders and

guides? In contrast listen to bishops from other countries who make therir voices heard for the good of society. It is high time our bishops start learning from them at least to ward of a Layxit (break up of laity from hierarchy) takes on massive proportions. james kottoor, editor)

Here’s a sampling of stories that slipped through the cracks during the past week.The Church and the LGTB community. German Cardinal Reinhard Marx of Munich, a member of the pope’s “C-9” council of cardinal advisors and a major force in his recent Synods of Bishops on the family, said the Church owes an apology to the LGBT community during a talk at Dublin’s Trinity College.

In his remarks, Marx said “the history of homosexuals in our societies is very bad, because we’ve done a lot to marginalize [them].” According to a Friday report from the Irish Times, the prelate said, “As Church and society, we have to say ‘Sorry, Sorry.’ ”Marx said that both Church and society had been “very negative” about gay people, and described that attitude as “scandalous and terrible.”

Speaking to the newspaper after his remarks, Marx then acknowledged that he had shocked the Synod of Bishops on the Family in October 2014 when he argued that it’s not possible to dismiss a long-standing, faithful same-sex relationship as worthless.

“We have to respect the decisions of people,” he’s quoted as saying.“You cannot say that a relationship between a man and a man and they are faithful [that] that is nothing, that has no worth,” Marx said.

On Brexit, opinions are mixed

Divorce talks between the United Kingdom and the European union in the wake of the Brexit vote have already begun, and it won’t be easy: markets have plummeted, Londoners are circulating a petition to become independent, and many predict Northern Ireland and Scotland could try to leave the U.K. to remain inside the EU.

The Church’s reaction has been somewhat diverse, though few clerics have openly shared how they voted – or how they would have voted, had they actually been British. Pope Francis, for instance, basically ducked the question on Friday as he was greeting reporters on his way to Armenia, simply saying the vote “expressed the will of the people” that demands “a great responsibility.”

It was a somewhat tepid answer for a man who only last month changed his mind about not accepting awards to receive the prestigious Charlemagne prize, given to personalities or institutions for their efforts towards European unity.

Cardinal Vincent Nichols, of Westminster, England, released a statement calling for the country to work hard to be “good neighbors” as it takes a new course that will be “demanding on all.”

“Our prayer is that all will work in this task with respect and civility, despite deep differences of opinion,” he said, referring to the fact that the “Leave” camp won by a minimum margin, 51 against 49.

“We pray that in this process the most vulnerable will be supported and protected, especially those who are easy targets for unscrupulous employees and human traffickers,” he said, at least in part in reference to Europe’s massive refugee crisis – one of the reasons many supporters of Brexit cited for the result.

But the head of England’s Bishops Conference wasn’t the only member of the college of cardinals who spoke out: Paris’ Andre Ving-Trois used Twitter to say he believes the reason why the Leave camp won was “fear.”

Italian Cardinal Angelo Banagsco, also president of his country’s Bishops Conference, went farther, saying that the result was a “very serious warning” that could lead to an “undesired domino effect.”

According to Banagsco, Europe can learn from this message of “great discomfort” and learn to respect the cultural identities of each country, denouncing that in a “blatant or blackmailing” way this hasn’t been the case in recent years.

Banagsco argued that bishops of Eastern European countries have denounced that certain aid packages are only given in exchange of the approval of “profoundly immoral” laws.“This is not good, this method is not respectful,” he said Thursday