French priest jailed for 15 years for sexual abuse of youths 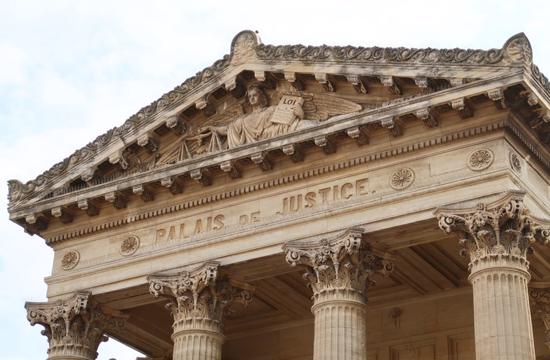 Pope Francis ended a landmark Vatican meeting on clerical sexual abuse by calling “for an all-out battle against the abuse of minors” and insisting that the church needed to protect children “from ravenous wolves.”

But for all the vivid language and the vow “to combat this evil that strikes at the very heart of our mission,” the pope’s speech was short on the sort of detailed battle plan demanded by many Catholics around the world.

Francis had barely finished speaking before some abuse victims and other frustrated faithful began expressing outrage and disappointment at his failure to outline immediate and concrete steps to address the problem.

“Pope Francis’ talk today was a stunning letdown, a catastrophic misreading of the grief and outrage of the faithful,” said Anne Barrett Doyle, a leader of BishopAccountability.org, which tracks incidents of abuse in the church. “As the world’s Catholics cry out for concrete change, the pope instead provides tepid promises, all of which we’ve heard before.”

Against this background, please read the report below on a french Perpignan priest having been sentenced to 15 years jail  after being found guilty of the rape and sexual assault of three adolescents between 2006 and 2009. We are now witnessing more and more skeletons come out of the cupboard. Isaac Gomes, Asso. Editor, Church Citizens' Voice.

The priest from the parish of Saint Joseph was convicted after a week-long closed hearing (as requested by the victims) in the Pyrénées-Orientales Criminal Court.

One of two brothers, who was then 18, reported the former chaplain for the Scouts of Europe to Perpignan police in December 2009. He accused him of forcing him into engaging in sexual behavior for over two years from the age of 15.

He also accused him of raping his elder brother, aged 16 at the time. The priest was also accused of sexually abusing a third adolescent who regularly attended his vicarage.

According to the father of one of the victims, the priest was well known for his detailed liturgies and strict sermons, "which often emphasized the purity of the heart and the body." He kept an open-door policy at his vicarage in the center of Perpignan, which was visited by many young people.

A priest with two sides

"This priest clearly had two sides, one of which was all about an ideal of purity, and the other engaged in highly sexualized behavior and obscene games," said the victim's father.

Three witnesses, adolescent at the time, reported having been encouraged to watch pornographic films at the vicarage. During searches at the property, police discovered some "very explicit" conversations on Messenger with several people, including adolescents.

The former priest was found guilty of all major charges, including the rape of the elder brother and corrupting minors. Despite the public prosecutor's request for a sentence of 10-12 years, the defendant was given 15 years.

The sentence also includes 10 years of socio-judicial monitoring and a total ban on performing any activity with children or adolescents.

In the trial, the former priest said that he had confessed to a vicar in one of the city's parishes. However, his superiors insist that they never received any complaints about him before the case blew up. After an investigation in 2009, the bishop at the time, André Marceau, now bishop of Nice, simply relieved him of his priestly functions and placed him in the Trappist monastery of Saint-Marie-le-Désert (Haute-Garonne).

"During the trial the public prosecutor described Bishop Marceau's attitude as scandalous. By the summer of 2008, he was aware of the situation, then in the autumn serious acts of abuse were committed in the parish of Saint Joseph. The bishop removed him from the parish but did nothing to investigate and even less to reprimand him," said the victim's father.

The victim's father described how Bishop Marceau had nothing to say to the victims and showed no regret about how he managed the situation.

The Diocesan Association of Perpignan had its request for a symbolic sum of €1 for damages and legal costs rejected.

On March 2, the condemned priest's lawyer announced that he would appeal the sentence and request that his client be released.