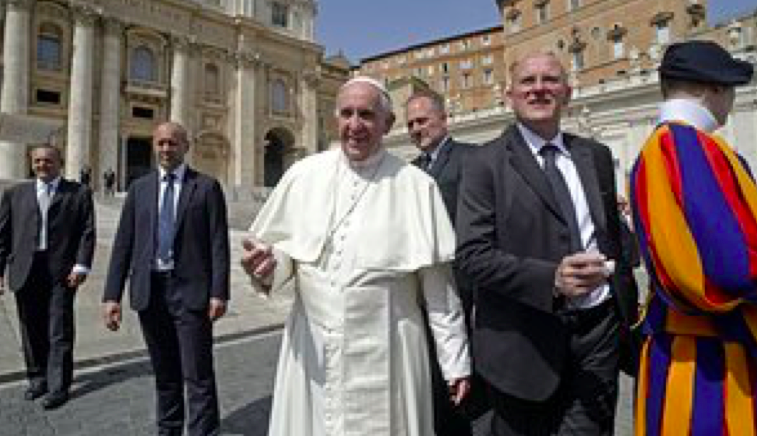 In the pic:  On same-sex relationships, Pope Francis said: ‘Every person, regardless of sexual orientation, ought to be respected in his or her dignity and treated with consideration.’ Amanda Holpuch in N. York in the Guardian, Friday 8 April 2016

Amoris Laetitia document may have adopted more tolerant language, but LGBT Catholics wanted the church to make more significant changes to its stance.

(Note: What happens when you try to please every body? You are driven to double talk and end up displeasing everybody. In the 2014 synod the rising stars were Francis and his theologian of God’s mercy Cardinal Walter Kasper, but their flying kites were pulled down by the conservative bunch in the 2015 synod. Sweet languages exuding inclusion and love were proffered but majority of bishops stood put in the old doctrinal position.  Without using the harsh phrases like “intrinsically evil” about gay unions, it said: “There are absolutely no grounds for considering homosexual unions to be in any way similar or even remotely analogous to God’s plan for marriage and family.” So Fracis Brown the second colomnist calls the Papal document the whistle blow at the end of draw  match bitterly and venomously fought. What is the net result?  Brown points that out: “Catholics get divorced and remarried at about the same rate as everyone else. If a remarried Catholic couple in good standing with the congregation present themselves at the communion rail, they will not be turned away as sinners. Officially, however, they are adulterers, living in sin, who renew their sinful status every time they have sex.” The so-called Christians don’t think with the Church, they think and act just like the common folks. So what we have today is a divided hierarchy and a divided laity on essentials in matters religious, moral and sexual and united only on peripherals like

rituals and celebrations. Bishops are in the sad plight of Generals with out foot soldiers except for a few Yes-mongers who live off them. So Francis has an uphill task as a bridge builder to get the whole church think alike and  pull together. james kottoor, editor)

LGBT rights groups in the US said on Tuesday that Pope Francis’s document on family values fell short of already low expectations.The 256-page Amoris Laetitia (The Joy of Love) adopted more tolerant language towards same-sex relationships, but did not include any significant changes to the church’s position on these unions.

“While not expecting a blessing on marriage for lesbian and gay couples, many were anticipating that Pope Francis would offer an affirming message to LGBT people, and not the same ill-informed comments,” said Francis DeBernardo, executive director of New Ways Ministry, which advocates for LGBT Catholics, in a statement.

Mary Beth Maxwell, of the Human Rights Campaign (HRC), said her group was disappointed by the document. “This was the culmination of two years of often contentious conversations by church leaders, deeply divided on their approach to LGBT people and our families,” said Maxwell, the HRC Foundation’s senior vice-president for programs, research and training. “In many ways, it’s not surprising that while he didn’t make more bold commitments to full inclusion that many people long for, it does seek to create a culture that’s more loving than judging.”

Amoris Laetitia is a product of three years of international consultations about family. The tone of the document suggests that followers should take a less rigid approach in interpreting Catholic teachings, but is steadfast in the church’s opposition to same-sex marriage.

On same-sex relationships, Francis said: “Every person, regardless of sexual orientation, ought to be respected in his or her dignity and treated with consideration, while ‘every sign of unjust discrimination’ is to be carefully avoided, particularly any form of aggression and violence.”He went on to say: “There are absolutely no grounds for considering homosexual unions to be in any way similar or even remotely analogous to God’s plan for marriage and family.”

Maxwell said the document will be interpreted much differently by church leaders. “The good news is there is plenty here for those searching for ways to support LGBT people and while it does not explicitly protect or affirm us and our families, nothing in this requires actions that push us out of our churches and even our jobs,” Maxwell said.

Top-ranking US Catholics urged followers to consider the document instead of making hasty decisions about what it means.The pope’s top US adviser, Cardinal Sean O’Malley, said the document is complex and deserves careful study. “Rather than try to draw immediate conclusions from the text, we are urged to reflect upon it and to ponder, patiently and carefully, what the teachings will mean for the Church and for her ministry to families,” O’Malley said in a statement.

“It is packed with practical insight and wisdom and invites us to look anew at the beauty and joy of what it means to be part of a family,” Martin said. “It has particular focus on the need to walk with those of us who feel excluded and to let everyone know that they are loved by God and that that love is a tender love, but also a love that challenges us all to change.”

Francis Brown, another columnist in the UK Guaardian calls the papal document  a victory for 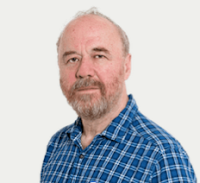 the status quo, but all is not yet lost for Francis and that Pope Francis may have lost this battle for reform – but at least he has changed the conversation. Read below Brown’s  Column. 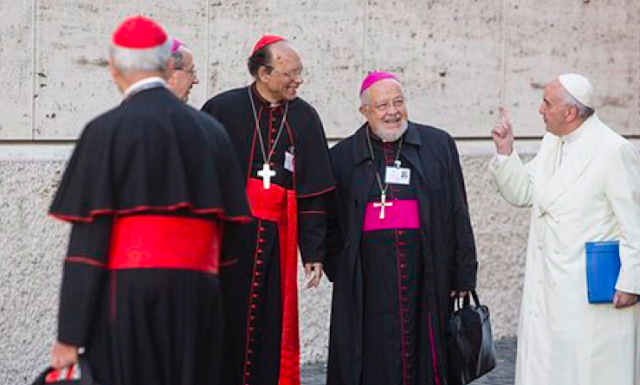 This may be scored as a draw between liberals and conservatives, but it has been contested as venomously as a Test match draw – and almost as publicly. Briefings, leaks, reports – vehemently denied – that the pope has a brain tumour, and threats of schism have all been used. According to the conservative Catholic blogger Damian Thompson, the next conclave – an occurrence which would require Francis’s resignation or death – can’t come soon enough for many conservatives. And this is the least hysterical language from that side.

The German delegation, broadly liberal, has issued a stinging denunciation of the conservative Australian Cardinal George Pell for language which was “false, imprecise and misleading.” In an interview with the French newspaper Le Figaro, Pell had accused the liberal German cardinal Walter Kasper of opposing Pope Benedict XVI, and this must have seemed a wholly unforgivable attack. The German cardinals said the words had “offended against the spirit of the synod and its fundamental rules … We distance ourselves decisively from this.”

It will take a long time for the wounds to heal. Such open denunciations of senior cardinals by one another are quite unprecedented in recent history. Pell was personally chosen by the pope to clean up the Vatican’s finances, while among the Germans who signed the letter were Gerhard Müller, the head of the Congregation for the Doctrine of the Faith, the enforcer of doctrinal orthodoxy, and Christoph Schönborn, the favourite pupil of Benedict XVI.

Müller, as it happens, is on the same conservative side about change as Pell but passions are running high. What makes the whole spectacle astonishing is that they are arguing over something which already happens, and everyone knows must happen. Catholics get divorced and remarried at about the same rate as everyone else. If a remarried Catholic couple in good standing with the congregation present themselves at the communion rail, they will not be turned away as sinners.

Officially, however, they are adulterers, living in sin, who renew their sinful status every time they have sex. The only way out of this is to get a certificate annulling the first marriage, a chancy, prolonged and sometimes humiliating bureaucratic procedure. For conservative Catholics, this principle is a central part of their faith. For outsiders, it seems part of a lack of realism about sex, credible only to a body where policy is made by celibate men.

What makes the official position so damaging is that it implies that having sex makes committed relationships more sinful and less loving. That is so contrary to the way lay people experience their lives that it cannot be respected. On the other hand, it is all of a piece with the church’s condemnation of artificial birth control, another dogma which is, in practice, utterly ignored.

The Catholic church in Europe and the US is sharply divided between liberals and conservatives, mostly over issues of sexual morality. The liberal faction in the rich and influential German church, led by Cardinals Kasper and Marx, had hoped to tidy the situation by allowing some remarried couples to undergo a “penitential journey”, repenting of the failure of their first marriages before the church would admit them to communion in their second ones. It seems clear that Francis was in favour of this solution. As pope, he can of course impose it if he wants to. He hoped, however, that free and honest discussions among the bishops would produce a clear majority in favour of his preferred plan. This hasn’t happened. The fury of the German church makes that clear.

So what will Francis do? In his early career he was so autocratic as leader of the Jesuits in his native Argentina that when his period in office finished he was exiled by them to the provinces. Relations with his fellow Jesuits have never entirely healed. This makes it doubtful that he will attempt to impose a solution on the conservatives today.

His immediate predecessors, John Paul II and Benedict XVI, worked tirelessly for 30 years to impose their views on liberals. Between them, they appointed the great majority of the bishops now disputing their legacy. In one sense, this divided synod is a testimony to their failure to ensure a conservative succession as much as to Francis’s inability to drive through a more liberal line.

And this may be Francis’s real victory: by showing that disagreement on these matters is possible, he is encouraging Catholics to think for themselves. God knows where that could end.