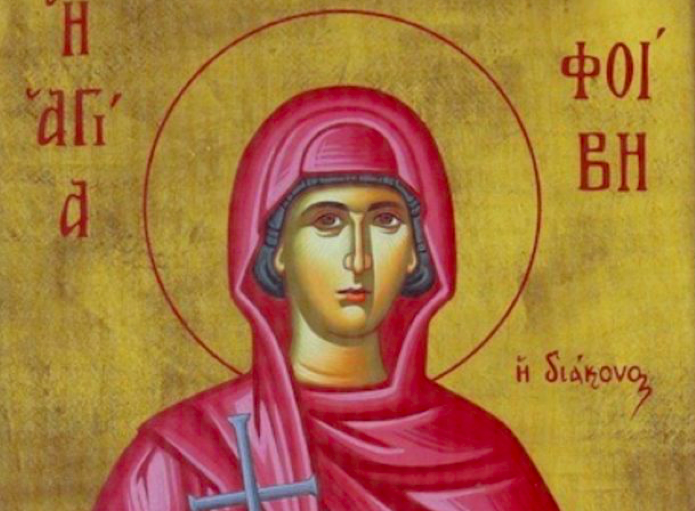 Talk  of Women  Deacons at last?

Romans 16:1 "I commend to you our sister Phoebe, a deacon of the church…"

(Note: At last the talk in Rome is that we can start talking about women deacons in the Church. Till recently even the discussion was banned. So what is it all about? “Too little too late” tells it all. What is the great thing about male priesthood in the Catholic Church? It is that the priest can bring down the body and  blood of Jesus on the altar through consecration which St.Augustin didn’t believe reportedly. Who did that  first: Man or woman? It was Mary, a woman who gifted the living Jesus to the world, that too without the help of a man, which outsiders question. In this context think of the irrationality and absurdity of waxing eloquent on the superiority of Male priests who bring down Jesus which cannot be rationally or scientifically proved. Since there is no scientific approach or

rationality on the part of the church it is a waste of time discussing these issues with the clergy for whom what counts most are biblical myths, religious myths or theological myths. These churchmen should stop paddling in two canoes. james kottoor, editor)

Three years, two synods, dozens of bishop attendees, hundreds of pages of documents, innumerous small committee meetings, and endless amounts of angst went into Pope Francis’ decision to more or less keep the status quo on the question of whether divorced and remarried Catholics should be admitted to communion.

It was in many ways a victory for conservatives, represented most prominently by Ross “Schism” Douthat, who managed to make such a fuss over a relatively small change in the practice that they ensured no real progress was made.

Imagine their surprise then, when in the midst of a conference with women religious on Thursday, Pope Francis dropped the bombshell that he might put together a commission to decide whether women should be deacons in the church—a possible first step in eventually allowing women priests. Deacons in the Roman Catholic Church can’t consecrate the Holy Eucharist, but can conduct weddings, baptisms, and funerals and can preach.

And in what appears to be an indication of how he is leaning, Francis talked of “reinstating” women deacons. A follow-up press release from the Vatican suggested that this wasn’t something Francis just mentioned off the top of his head:

Up to the 5th century, the Diaconate flourished in the western Church, but in the following centuries it experienced a slow decline, surviving only as an intermediate stage for candidates preparing for priestly ordination. Following the Second Vatican Council, the Church restored the role of permanent deacon, which is open to single and married men. Many experts believe that women should also be able to serve in this role, since there is ample evidence of female deacons in the first centuries, including one named Phoebe who is cited by Saint Paul.

Francis acknowledged that the precise role of these early women deacons was unclear, which is what he would have the commission study. The Women’s Ordination Conference, however, noted that “decades of research on this topic has already been published by renowned feminist voices,” including Gary Macy, Sister Christine Schenk, and Phyllis Zagano.

WOC also disputed Francis assertion that women deacons couldn’t preach because they aren’t in Persona Christi,saying it “rejects this flawed interpretation that a male body is a necessary condition of representing the Body of Christ.”

But just that fact that he’s not throwing the question open at this point to his fellow bishops to debate in another endless round of synods suggests that Francis may have learned his lesson the last time: the only real way to force change in the church is by executive action.