Francis Has Ended the Illusion of a Vatican-G.O.P. Alliance 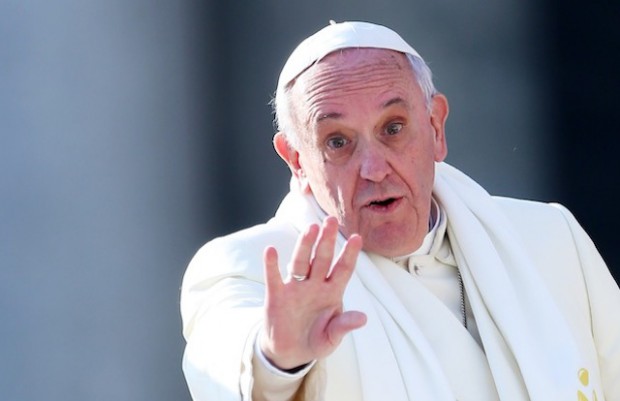 The writer is a Fulbright scholar at Hekima Institute for Peace Studies and International Relations in Nairobi, Kenya, is an assistant professor of moral theology at St. John’s University in Queens, N.Y., and the author of “The Vision of Catholic Social Thought: The Virtue of Solidarity and the Praxis of Human Rights.” She is on Twitter.
(Note:The ongoing discussion in New York Times in preparation for the much awaited visit of Pope Francis in US is to find the answer to the question: Is Francis radical? Yes, Francis was and is, especially for his outstanding traits: Humility and Compassion for the underdog, those on the periphery, as Jesus’ Nazareth manifesto was for the poor and down trodden. Former popes starting with Leo XIII were critiques of capitalism exploiting the working class in their pontifical pronouncements but not in their lifestyle – Francis lives still at St.Marthas, washes the feet of prisoners, even a Muslim lady, pays his own hotel bills, carries his own handbag to the plane, gives up summer vacation etc. Besides preaching the gospel at Mass at St.Marthas daily, he lives it with his daily routine from dawn to dusk. His critique of the idolatry of money, trickle down theory(of Carter), throw-away culture (of food, elderly, unemployed youth, incurably sick through euthanasia) are all unforgettable for Papacy watchers. Similar is his concern for the asylum seekers from hunger and terrorists, for migrants breaking rich nation’s borders. Will he exhibit the traits of a radical Jesus, “I have pity on the multitude”, “woe to you scribes and Pharisees” etc. during his nine-day hectic engagements in US? While “to be like Jesus” in word and deed would be the challenge for Fancis in US, for the vast majority of listeners in US it would be the worrisome fear and prospect of having to listen to such Jesus-like exhortations in favor of the poor. james kottoor, editor)
From the moment he walked onto the balcony after his selection as pope, it was different. Clad in simple white, he asked the pilgrims to pray for him and went to pay his own hotel bill. The humility and approachability of Pope Francis have won the hearts of millions.

His radical identification with the marginalized is aligned with the Gospel yet he knows the Gospel has political implications.Yet, not everyone is enamored of the new pontiff. Many conservatives are critical and uneasy about his economic critique. Urging all Christians to say "no to the economy of exclusion," Francis attacked the idolatry of money and trickle-down economic theory, and identified “inequality as the root of all social ills.”

Francis is not interested in judging the economy from the perspective of the rich. Following the Gospel, he challenges capitalism from the perspective of its victims. A radical identification with the marginalized permeates all aspects of this papacy. The most important element of any papal trip is not with the political leaders but with the poor, with prisoners or migrants.
Pope Francis physically demonstrates resistance to the throwaway culture by going out to the margins, because “a faith which does not draw us into solidarity is a faith which is dead.” Speaking to young people in Ecuador, he linked concern for the unborn, the elderly and youth unemployment. Focusing on the environment, his first social encyclical, "On Care of Our Common Home" is an urgent plea to all people to address climate change and poverty.
While there is much new and different about Pope Francis, his message is not quite as different as you think. In Charity in Truth, the conservative Pope Benedict XVI strongly critiqued the global financial system as "corrosive of society.” One prominent conservative Catholic responded by saying Benedict didn’t really mean it, he was forced to put it in.

For a while it seemed as if there was an alliance between Catholicism and the Republican Party as both oppose abortion and same sex marriage. However, conservatives could conveniently distort or deny Benedict and John Paul II’s critiques of capitalism, of the Iraq war, and their support of the option for the poor. The perceived alignment between Catholicism and American conservative politics was always an illusion.

Francis has unequivocally dispelled this illusion. Catholic moral theology is aligned with the Gospel and not any American political party. It’s the Gospel, not politics. Yet, Francis knows the Gospel has political implications and is challenging both the right and the left to do some serious soul searching. In reality, it is as old as Christianity itself. It is a call back to Matthew 25:40 and “whatever you did to the least of these, so you did to me.”