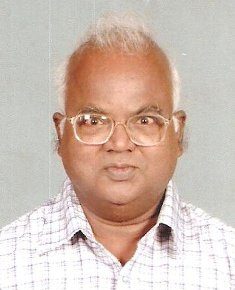 An Open Letter on the Kidnap of and Physical Violence on Most Rev.Bp.Gallela Prasad, the Bishop of Kadapa was sent to His Eminence Cardinal Cleemis, President, CBCI, by Fr. AXJ. Bosco SJ, Adviser, Citizens Forum for Justice and Adviser, National council of Dalit Christians on May 18/2016.

There is absolutely nothing serious about a letter not being answered! But the matter becomes very serious when the letter happens to be about: (1) a life-death-issue (2) by a person of outstanding credibility (3) to a person of eminence expected to be most exemplary in doing one’s duty.

Here the life-and-death issue is the cruel kidnap of an innocent  Dalit Bishop Gallela, the letter writer is Fr. AXJ.Bosco SJ totally immersed in all sorts of dalit, caste related issues as adviser, secretary, convenor etc. and eminent person to reply was the Chairman of the nearly 180 bishops of India.Failure on the part of any of these 3 vital organas should per force invite quick replacement in the interest of the overall good.

Can any of the readers imagine in this case, Fr.AXJ Bosco sj, has not received a reply to this day even after three months? He has not.

The most exemplary incident described in the letter is the happy participation of Bp. Prasada Rao, the CSI Bishop of Kadapa and the scandalous blot, the absence of any Catholic bishop to commiserate  with Bp.Gallela. The laity organised Citizens’ rallies in Kadappa and Hyderabad which throws up the question: Are lay people in the Church much more Christian and Catholic than their Bishops today?

It was not the failure of just one man, Cardinal Cleemis. CBCI is not just one man Cleemis, but all other bishops co-responsible as brother bishops.  None of them had the courtesy to open their mouths to say a kind word. Are they Christians? Do they believe in brotherhood Jesus preached?

Even the secretary general Bishop Theodore Mascarenhas of the  CBCI could not muster courage to condemn caste related Kadappa kidnap when he condemned racial attack on Africans by Indians. Bisides the Andhra bishops comference, the religious conference of India(CRI) should have spoken out collectively and individually, but they did not.

While these things are not happening can anyone claim that the Hierarchical Church in India believes itself to be a united family? Definitely they do not walk in the footsteps of Jesus and so are not any different from the Pharisaic high priestly class which crucified Jesus. This is a serious question to ponder over by the entire Catholic Church in India.

For the lay people, whose hour is now according to Francis, to decide whther they should be with these bishops who bear counter witness to Jesus, or be just good Christians walking in the footsteps of Jesus not swayed by the betrayers, deniers, doubters and the power and pelf hungry who are the specimens we have in episopal fraternity. It is time for action on the part of the laity now. Speak up and act now, not to regret later. Now read prayerfully Fr. Bosco SJ’s open letter to Cardinal Cleemis which still remains unanswered. james kottoor, editor.

Peace and Joy of Christ.

You may know that Most Rev.Bp.Prasad Gallela, the Bishop of Kadapa diocese was kidnapped at 11.00 pm on 25thApril while he was returning after saying mass in the Marian Shrine; he was blindfolded, taken to an unknown place; even while they were taking him, they pushed him down in between the seats and kicked him; later he was beaten brutally; abuses and insults were heaped on him; he narrowly escaped being murdered. They dropped him back at 2.00 am. To add to this heinous crime, they have videographed the ordeal.

We appreciate the Police who acted very fast. In a couple of days they were able apprehend the culprits. To our shock and shame, it was planned by three priests who hired more than 10 gundas to do the crime.

We had a Solidarity Rally and Public Meeting on 16th May in Kadapa, organized by Citizens Forum for Justice, located in Hyderabad for which I happened to be the Adviser. Most Rev Bp. Prasada Rao, the CSI Bishop of Kadapa was kind enough to give an introductory speech expressing solidarity with Bp.Prasad Gallela and condemning the culprits. With his Prayer, we started the Rally.

About 1500 people participated in the Rally. Except for 10 priests and 8 sisters, they were all Lay people. They were mostly from Kadapa; there were also people from Kurnool, Nellore, Khammam, Vijayawada and Guntur; there were Dalit Christian leaders from Delhi, Bangalore, Chennai and Hyderabad.

All the speakers pledged support and solidarity to Bp. Prasad Gallela; they also affirmed solidarity and unity among us in the Catholic Church, saying that they will stand by justice and equality following our Lord Jesus. They condemned the three priests; like Judas they betrayed Jesus and the Church; they are a shame to Catholic community.

Some questions too were asked and they need response

When a nun was raped in Kolkata, there were Protest Meetings, Candle Light Processions and, Press Statement in the National Media; it was rightly so. It was great injustice done to the sister and the Church Leadership responded appropriately in condemning the injustice and demanding severe punishment for the culprits. Citizens Forum for Justice organized a Candle Light Rally in Hyderabad; Priests and Nuns in big numbers along with people attended; Muslims too participated in the meeting.

Now a Bishop, the leader of a Diocese has been kidnapped and brutally beaten, neither Telugu Catholic Bishops Council (TCBC) nor the Catholic Bishops Conference of India (CBCI), nor the Conference of Religious, India (CRI), national or regional, has responded collectively.Is it because Bp.Prasad Gallela belongs to the Dalit Community and the threecriminal priests belong to a dominant Reddy caste? Are all the Prayers, Statements, Promises and Assurances of the Hierarchy and Church leaders only in words? Why is the Church leadership frightened or unwilling to act? Are they afraid of their caste communities; or they do not care about the Dalits even if they happen to be Bishops? The sad and criminal event has been published in the media; no significant response condemning the culprit priests or supporting the Bp.PrasdaGallela has been in the nationalmedia. You can very well imagine what would the people especially the DalitCatholics would think and feel about the significant silence on the part of the Official Church?

People who gathered for the Solidarity Rally, most of whom were Dalits expressed their hurt, frustration and anger at the inaction of the Church Leadership.We know that there is caste discrimination in the Church and it is a great challenge to the Christian Community in India. The question to ask is- If Jesus were to be here what he would have done?

Your eminence, I know that you personally sympathize with Dalit Christians. We appreciate you for your stand. When will the Church Leadership collectively respond appropriately to the Monster Caste in the Church, which goes against the basic principle of our Lord Jesus – Equality, Justice and Love?

I wish and request, and this is the yearning and desire of all Dalit Catholics, that you direct the CBCI, TCBC and CRI to come together and discuss concrete plan of action to respond to the menace of caste issue in the Church i.e. among the Bishops, Priests and Religious which in turn will have positive effect on the Laity.

It will be very beneficial to trace out the Bishops who are unwilling or unable to respond to the problems of the Priests and the Laity in their Diocese, and transfer them to Dioceses where they may comfortably exercise their call and divine vocation.

I am ready and many other Dalit Leaders too will be willing, to help in this process of bringing about action oriented dialogue, so that we are able to implement concrete actions at all levels in the Church, thus bearing witness to our Lord Jesus and building up a community of love and justice.

Secretary, SC, ST and BC Commission of TCBC

Convener for AP and Telengana, Forum of Religious for Justice and Peace