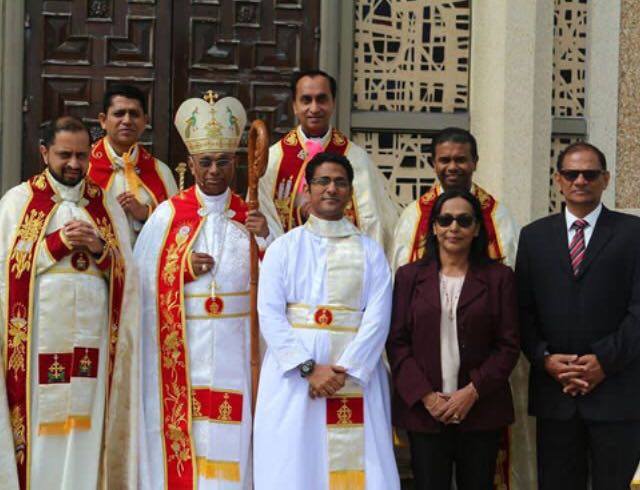 (Note: Sri Chackochan, fondly called by friends, coordinator of KCRM, is a well-known speaker, writer of many books and an expert in matters related to Syromalabar Church history and politics. Two years ago he was one of the main speakers from Detroit, on Knanaya Endogomous marriage issue at the Chicago Cathedral Hall.

Very active in Syro Church reform for long he is a treasure house of information and practical suggestions on many burning issues. Ever since the starting of KCRM-America he regularly conducts telephone conferences for the benefit of members spread  across the globe. Being a very helpful person he can be contacted at:  ckalarickal10@hotmail.com.

The best service readers can do is to respond to his call to speak up and join the ‘silence breakers’ team he is leading. james kottoor, editor, ccv.)

Little over 25 years ago, Kerala Catholic Church Reformation Movement (KCRM) was established in Pala, in the State of Kerala. Its motto is: “Function as corrective force in the Church.”

Years later a local branch of KCRM was established in Thodupuzha, Kerala. This branch working as a non-profit religious body of KCRM gave a boost to regional enthusiasts,  highly interested in the activities of KCRM. In the 4th quarter of 2017, KCRM made a giant step forward by organizing a parallel Chapter in North America:‘KCRM–North America’. It was formally established  during a national meeting held in Chicago on September 23, 2017.

This latest step  was taken to represent North American Diaspora of the Syro-Malabar Catholic Church. This new organization aims to disseminate information, educate laity in Church matters, and unite people who share the same values, ideas, and interests. It functions as a socio-religious organization with same aims, aspirations, and goals.

Speak up and write

This nonprofit group tries to create awareness on specific Church matters that affect the life of believers. It offers everyone an opportunity to become a leader by making invaluable networking through ever growing social media. Is not "Silence Breakers"  the person of the year award 2017? Every member of the KCRM must be helped to speak up and become a contributing leader to form a strong public opinion, which alone can be the driving force to change things for the better. That is our aim. So please speak up without fear or favour.

KCRM-North America is a forum to share your views and commitments to your chosen line of thinking, to show your dedication, knowledge, and skills. For example, organizing, writing, debating and conducting seminars. KCRM-North America aims to build on an international net-work of associated organizations. It hosts every month a Teleconference to discuss various issues that affect the citizens of the Catholic Church. Thus it keeps  like-minded people together, provided each one becomes a “silence breaker”.

It is also active in increasing the number of participants, preparing young individuals for leadership roles, and promote writing articles on Church issues. The participants of KCRM–North America is generous to support Sathyajwa-weekly financially. But most of all, it tries to deliver a range of benefits to the ordinary Catholics when they confront problems with the Church authorities.

During the last two and a half decade KCRM has grown a lot and accomplished a lot. Its monthly meetings in Pala and Thodupuzha, almayasabdam blog, almayasabdam website (www.almayasabdam.com), Church Citizens Voice (CCV), the English electronic publication, and Sthyajwala monthly publication in Malayalam and the establishment of two branches, one in Thodupuza, Kerala and one in North America are all proof of KCRM’s tremendous growth. The outstanding editors Mr. George Moolechalil of Sathyajwala and Dr. James Kottoor of CCV are real assets of KCRM and its participants.

The one curse in the Church and all Christian organizations is the cowardly SILENCE especially of the Laity, who makes up the back bone and bulk of the People of God even in today’s Age of the Laity. Recal  the exhortation of Pope Francis to the laity to  be speakers and to the clergy to be silent listeners and learners from the toiling millions. A silent church we have is a dead one which must be buried before it start stinking. It is for you and me, the laity, to make the sleeping giant-laity, wide awake, daringly alive and kicking imitating Jesus the outspoken speaker par excellence of TRUTH that liberates.

May I therefore humbly and earnestly request each and every one of you with good-will and wishes to modernize the Church started by good pope John XXlll (aggiornamento, update was his clarion call) and the reigning Pope Francis striving for a “poor church for the poor” of equality and fraternity treading the path of St. Francis who came to be called the “SECOND CHRIST” imitating Jesus’ self-empting starting his life in a cattle shed and forming the   classless fraternity known today as the CATTLE CLASS of the lowly placed.

Join the new breed of “silence breakers” in today’s age of the Laity to update the church with your out spoken word through KCRM–North-America. Each one light a candle and contribute your widow’s mite to shine as one among thousand lit candles that are sure to banish all  encircling darkness! Only then your word become part of the WORD MADE FLESH!