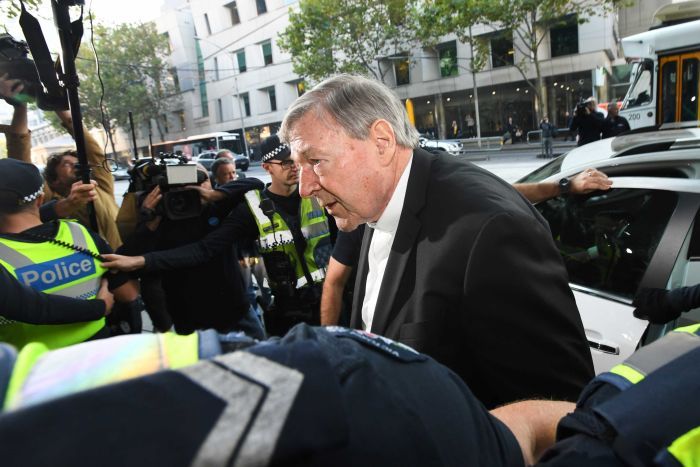 Cardinal George Pell, the former Chief of Vatican Finance and one of the most trusted aids whom Pope Francis handpicked to plug the loophles in the Vatican Finance, is in the news again.  This time not for financial reasons but for sexual offences he allegedly committed decades ago in a cinema hall and in a chapel while a priest in Victoria (this charge has been dismissed).  He has also been charged with sexual offences at a pool in Ballarat in the 1970s and at Melbourne's St Patrick's Cathedral in the 1990s when he was Archbishop of Melbourne. The million dollar question is how the jury and court are going to scientifically prove these charges committed ages ago. What scientific evidence are they going to produce? It cannot be just on verbal witness.

Another question is if Cardinal Pell is proved not guilty (due to lack of  clinching evidence), is Pope Francis going to reinstate him? By then of course, a lot of financial  defalcation would have taken place and it would be a Herculean task to trace the trail. Could this be one of the reasons why the Cardinal and the Vatican's first Auditor-General Libero Milone were systematically eased out of their posts by some powerful lobbies in the Curia when they were about to take a tight grip on the loopholes in the Vatican Finances? Readers must remember both were personally handpicked by Pope Francis himself and both were shunted out. Is it not a calculated attempt to put a spoke in the wheel of the Pope's scheme of things to bring accountability and transparency in Vatican Finances and financial matters in churches all over the world? Isaac Gomes, Asso. Editor, Church Citizens' Voice.

Cardinal George Pell's lawyer said the cleric would plead not guilty if he was committed to stand trial (AAP: Daniel Pockett)

Cardinal George Pell has been committed to stand trial on multiple historical sexual offences but the most serious of the charges have been struck out.

Magistrate Belinda Wallington has ruled there is enough evidence to commit Australia's most senior Catholic cleric to stand trial on about half of the offences he was charged with.

Cardinal Pell has pleaded not guilty and strenuously denies the allegations.

A number of onlookers applauded as the magistrate left the court room after delivering her 70-minute ruling.

Defence barrister Robert Richter QC said the most "vile" of the charges had been dismissed.

Cardinal Pell will stand trial on charges relating to alleged sexual offending at a pool in Ballarat in the 1970s and at Melbourne's St Patrick's Cathedral in the 1990s when he was Archbishop of Melbourne.

Among the charges that were dismissed were allegations Cardinal Pell committed sexual offences at a cinema and chapel in the regional Victorian city of Ballarat in the 1970s, when he was a priest in that area.

In throwing out one charge, Ms Wallington said the complainant involved demonstrated such a "cavalier attitude" to giving evidence that a jury couldn't put any weight on it.

And she ruled inconsistencies in one of the complainant's evidence had to be examined in the context of a "fundamental defect in the evidence".

"The evidence as a whole is not a sufficient weight for a jury to convict," she said.

Cardinal Pell will face a directions hearing in the County Court on Wednesday morning, when it is expected a date will be set for a trial before a jury.

He is on bail and has already handed in his passport, the court heard.

He is unable to leave Australia as a condition of his bail.

The first 10 days of the hearing were closed to the public and media as the complainants gave their evidence, which is standard practice in cases involving sexual offence charges.