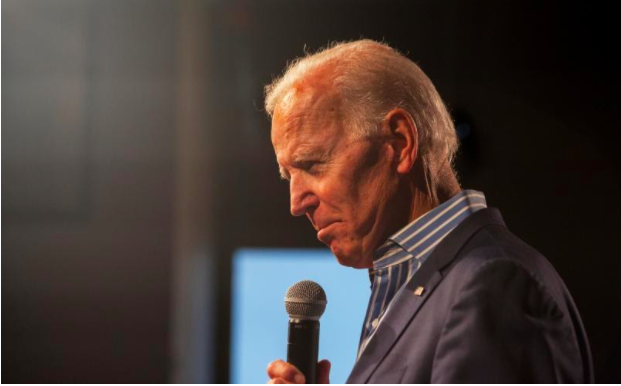 The LGBT 'Equality' Act, gun control, immigration, and voting were included in a speech to what he called 'a nation in crisis.' Democrat presidential candidate Joe Biden. Shutterstock

President Joe Biden made his historic, epoch-making 100-day presidential address  by hammering in to wipe out the scar and curse of racism in America (in India it is “Casteism). So he entreated his fellow Americans:

“My fellow Americans, we have to come together. To rebuild trust between law enforcement and the people they serve. To root out systemic racism in our criminal justice system,”

This “systemic racism,”  WASP(White-anglosaxon-potestant) more planely,“knee of injustice on the neck of Black America,” must go. We hope he  succeeds. Even if he succeeds, it is very doubtful, we will ever succeed to cleanse the stain of CASTEISM in India!

Other highlights of his talk were the worst economic crisis since the Great Depression, the worst attack of American democracy since the Civil War, a $1.9 trillion COVID relief bill, his $1.8 trillion proposal to federally subsidize child care and incentivize stay-at-home mothers to rejoin the workforce and much more to help America take off

And don’t be surprised Biden is out-smarting Pinarayi in the distribution of free kits weekly/monthly of costly item to all to make sure no poor or rich starve in America. I am benefitting from it here in Chicago now.

Added to all that he is going to tax“corporate America, the wealthiest 1 percent of Americans” without affecting those who make less than $400,000 a year. Can our PM be persuaded to tax the Ambanies and Adanies, instead of raising petrol-diseal-cocking gas prices. Even  price of Covid  vaxin promised free, is shooting up.

May the example of Biden help inspire India’s national and state leaders to come to the help of the poor, marginalized, especially the migrant laborers dying like flies on their walking marathon home. james kottoor(Chicago) editor, ccv.

WASHINGTON, D.C., April 29, 2021 (LifeSiteNews) – President Joe Biden delivered his first address to a joint session of Congress on Wednesday evening, touting the benefits of federal spending while claiming Trump supporters perpetrated an attack on democracy and alleging America continues to be plagued by “systemic racism.”

“As I stand here tonight — just one day shy of the 100th day of my administration, 100 days since I took the oath of office, lifted my hand off our family Bible, and “inherited a nation in crisis,” Biden declared early in the speech. “The worst pandemic in a cientury. The worst economic crisis since the Great Depression. The worst attack on our democracy since the Civil War.”

He went on to celebrate the proliferation of COVID-19 vaccinations, taking credit for a program instituted by his predecessor Donald Trump, and claiming the March passage of a $1.9 trillion COVID relief bill (less than 9 percent of which actually went to public health) got America “ready for takeoff.”

Biden called on Congress to support his so-called “American Jobs Plan,” a $2.3 trillion package covering everything from infrastructure projects to “diversifying” neighborhoods to left-wing priorities on climate change and right-to-work laws, as well as his $1.8 trillion proposal to federally subsidize child care and incentivize stay-at-home mothers to rejoin the workforce.

All of this, he claimed, would be paid for by raising taxes on “corporate America and the wealthiest 1 percent of Americans” without affecting those who make less than $400,000 a year, though such taxes historically translate to the lower and middle class paying higher prices for goods and services, as well as reduced job creation.

Later in the speech, Biden called on Congress to pass the so-called LGBT “Equality” Act, enact new gun control measures, support amnesty for illegal immigrants, and send to his desk the so-called “For the People” Act, which would make vote fraud dramatically easier while severely limiting states’ ability to enact basic election security measures such as requiring photo ID. He also took the opportunity to promote the narrative of “systemic racism.”

“After the conviction of George Floyd’s murderer, we can see how right she was – if we have the courage to act,” Biden said, framing the case as an example of the While former Minneapolis police officer Derek Chauvin was convicted of murder for Floyd’s death, Minnesota far-left Democrat Attorney General Keith Ellison recently admitted authorities had no evidence that race was a motivating factor in Chauvin’s actions.

“My fellow Americans, we have to come together. To rebuild trust between law enforcement and the people they serve. To root out systemic racism in our criminal justice system,” Biden declared. “We have a giant opportunity to bend to the arc of the moral universe toward justice. Real justice. And with the plans I outlined tonight, we have a real chance to root out systemic racism that plagues American life in many other ways.”

South Carolina Republican U.S. Sen. Tim Scott, who is controversial among some conservatives for partially siding with Democrats on race and law enforcement issues, delivered the official Republican response to Biden’s speech, during which he hit the president for “abandoning principles he held for decades. Now, he says your tax dollars should fund abortions. He’s laying groundwork to pack the Supreme Court! This is not common ground.”

“Hear me clearly: America is not a racist country,” Scott said. “It’s backwards to fight discrimination with different discrimination. And it’s wrong to try to use our painful past to dishonestly shut down debates in the present.”