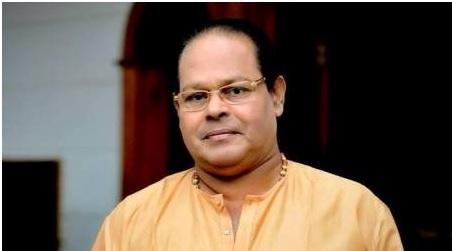 (Note: AMMA, (Association of Malayalam movie artists) was the original umbrella with Innocent  MP as its head to protect all film artists from rain and shower, especially women from male domination.

Now (WCC) Women In Cinema Collective , a new association for women only has come up which is clear evidence that male domination continues and women have decided to fight back against all sexual exploitation and get their equal rights.

Following the abduction of  an actress, a long-drawn court case is going on which is bringing ill repute to both film fraternity and politicians involved and the twists and turns of the investigation are literally stinking the atmosphere in Kerala and outside.

TV audiences are kept entertained and the alleged culprits are shamed to suffocation to correct themselves or to quit the honourable position they hold, especially in the case of Innocent MP, who is President of of AMMA. James kottoor, editor).

Women in Malayalam cinema are no more willing to be treated as pushovers. The formation of WCC this year — clearly a vote of no-confidence in the male-dominated AMMA — is an indication of this shift in ground, where women artists are demanding to be treated on par with their male counterparts.

The new woman artist in Malayalam cinema, clearly, knows to speak the language of rights and is unwilling to abide by the rules of the men in the industry. She will not be cowed down by threats of marginalisation in the industry: When an actress was abducted recently, allegedly with the involvement of some influential persons in the industry, she refused to succumb to blackmail and approached the police. WCC has stood by her, exposing AMMA as a preserve of male interests

This new artist is also a part of a generational change. A bunch of young directors, actors and producers has triggered a transformation in Malayalam cinema. Few of them have a family legacy in cinema and they prefer to work with raw talent than established stars. Story and story-telling are the focus of their films, not the hero and heroics. Theirs is a professional world where talent alone matters, and cinema lovers are loving it. The likes of Innocent represent a fading order.

Popular Kerala actor and Member of Parliament Innocent Vareed Thekkethala is facing heavy criticism for saying "casting couch" does not does not exist in the Malayalam cinema industry anymore, but "if the woman is bad, maybe they will go to bed"

Innocent, the Malayalam actor known for his comic roles, has turned a villain for many with his remarks on the casting couch.

Earlier this week, the actor, who is the president of AMMA,(Association of Malayalam movie artists), and a CPM MP, denied the presence of casting couch in Malayalam cinema but claimed that “if the women are bad, they may share the bed”.

Women In Cinema Collective (WCC), an organisation of women in the Malayalam film industry, was quick to point out that many newcomers have spoken out about sexual abuse in the industry and cautioned against irresponsible statements. Innocent backtracked, but the pointed response his comment attracted is revealing of the changing times.